is it possible to use the Micro Maestro 12 channel USB servo controlled by my computer wireless?
my plans are to make a robot that i can control from my laptop so i want to be able to control all the servo’s live from my computer using the keyboard and joystick.
to connect it to the computer could i use like a wireless USB cable or something?

I don’t think there are wireless USB cables that will work for this application, but you can use a wireless serial link, such as a pair of Wixels running the Wireless Serial App, to wirelessly send data to the Maestro’s serial interface.

There is more information in my August 3rd post in this topic:

You know what would rock? Wixel+Maestro servo!

Well, due to the wixel rx voltage thing, would a wixel work to remote control a maestro or not? Someone tested it? Will it use only the wixel software or i need to write my own software?

You would have to write your own software that converts keyboard and joystick input to Maestro serial Set Target commands and sends those commands to the Wixel’s USB virtual COM port. Also note that the Maestro Control Center only works with a direct USB connection.

Perhaps my project will be useful to you.

Now I'm developing a project, it's robot controlled over the Internet. Already created software that allows you to control a robot using a webcam and a servo controller Pololu, the program works with USB GPS receiver and a joystick. The documentation, unfortunately, is not yet available.To start need to install Microsot .Net Framework 4 and DirectX for Managed Code. On the Settings tab of base module, you must specify the ip address of the onboard module, on the Settings tab of on-board module m…

If you’ve got a small enough PC, you could use a wireless joystick maybe?

Instructions; Plug in your XBox360 wireless remote controller (or some other joystick) Connect your Mini Maestro to COM5 (or adjust COM5 in the code below) Wiggling the joysticks will control servos 1, 2, and 3. Press “Y” to start recording your wiggles. Press “B” to stop recording Press “A” to play it back Press “X” to exit. If anyone knows how to talk to the Maestro using DLLs (eg: USB instead of serial commands), PLEASE let me know!!! #!/usr/bin/perl use strict; use Win32::API; use…

This is what I did:- 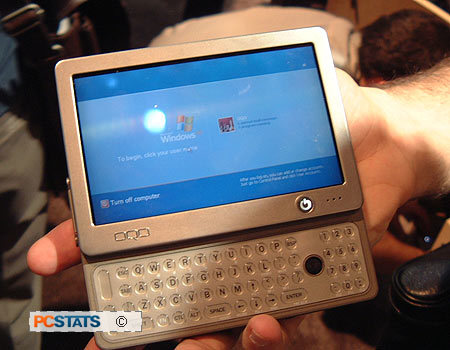 Wow! That’s an interesting “mini pc”! What is it? Where can I get one? Seems like a perfect solution for many projects. Care to share some pics of your project?

How about developing a version of Maestro control center for iPhone/iPod/iPad? I think many will find it extremely useful for edits on-the-go.

Hello, XSSSX. I’m pretty sure those devices can not act as a USB host, so we wouldn’t be able to do that without additional hardware and a lot of development time. --David

Actually - the dock connector in all iOS gadgets includes a serial port (pins 12 and 13 - pinouts.ru/PortableDevices/ipod_pinout.shtml ), which is supposedly programmable by using /dev/tty.iap. It’s unfortunately a 3.3v signal, and I’m yet to hook my iPod up to my mini-maestro to see if that’s enough to drive it’s serial interface - but even if it’s not, it’s an easy circuit to turn the 3.3v into 5v

I say “supposedly”, because when I bought an iPod serial cable, and hooked up my test meter, I could not get it to read any voltage at all. I did at least get perl ported to the iPod, and figured out how to use perl to control the serial port (“supposedly”), so all is not lost so far

Those pins are tiny, and to “activate” the serial port, I think some kind of resistor is needed, so I’ve got my work cut out for me trying to join things onto those miniscule pads for the testing I’ve been meaning to do for a month or so now …

In case you’re wondering, I want to use my iPod to drive a robot, and also to drive some LPD6083 LED Pixels (so I can make illuminated clothing that comprehends & responds to audio and motion, via the iPod microphone and accelerometer)

I don’t recommend it. They’re pretty old, and the manufacturer has been bankrupt for years. They’re mega-slow, and don’t have replaceable batteries, and any you might find nowdays will likley have no good batteries left to power it. They’re also noisy and hot, run nothing other than XP (badly), and have plenty of other annoying quirks (eg: can’t do “modern” wifi). And yes - I bought mine brand new, wasting $2k+

Assuming we can figure out the iOS dock serial interface, I think an iPod is a better idea. They’re only $180 brand new, last all day on a single charge at least, are easy to (ahem) jailbr*ke, and once thusly freed, they’re a full-on super-fast unix computer bristling with sensors and outputs and communications. Or if you’re feeling wealthy, an iPhone, which adds 3G comms & GPS too

I just want to make sure you realize that a 3.3V serial port is a totally different thing from a USB host port, and even if you learn how to use it, you are not going to be able to do USB communication with the Maestro. You should be able to get serial communication working for basic control - and I would love to hear about it if you do! - but you are not going to be able to change the saved settings on the Maestro over that port.

Yep - I know USB isn’t serial (not without the adapter anyhow). Did you follow my link? USB data is pins 25/27 - I was specifically talking about pins 12 and 13, which are TTL serial.

Can you elaborate on your “saved settings” comment? I notice there’s a bunch of TTL serial “Pololu protocol” commands tht relate to scripting - are you trying to say that TTL can start/stop/jump-into and supply script paramaters (eg: 0x28), but there’s no way to send script code? That kind of makes no sense - what’s the use of any TTL scripting commands, if there’s no way to get any scripts loaded via TTL?

I know you are talking about the serial lines, which is why I want to make sure you are not expecting to get the functionality provided over USB using those serial lines.

I meant what I said - you cannot change any saved settings over a TTL serial link. Besides the limited space on the Maestro’s microcontroller for extra features, the main reason for this limitation is that an incorrect serial command or some noise on the line might reconfigure your Maestro, which would be a pain to fix or debug if it is, say, inside of a robot. Most computers have USB ports, so this is not a significant limitation for most people - tablet and smartphone users being unfortunate exceptions.

Anyway, what’s the point of having serial scripting commands at all? The idea with the serial is that you can use a computer to configure the Maestro exactly how you want it, then use the relatively simpler serial commands to control it from a microcontroller. This way, you can make a pretty complicated setup without having to do complicated things on the microcontroller.

Is there a way to use the wixel to wirelessly control a servo without a smart phone/laptop?

Hello, rpowers550. It looks like your question is being answered in the “Wixel wireless servo control” topic you started. --David