I’ve gotten all of the Arduino sample code to run perfectly with the MinIMU9 v2, but for some reason I cannot get the Python script “MinIMU-9-test.py” to display the 3D figure in real time. I followed all of the instructions from here exactly:

I’ve also attached a screenshot of what happens when I run the Python script. The serial port is definitely being read, but the visual representations are not working correctly. What could be the problem? 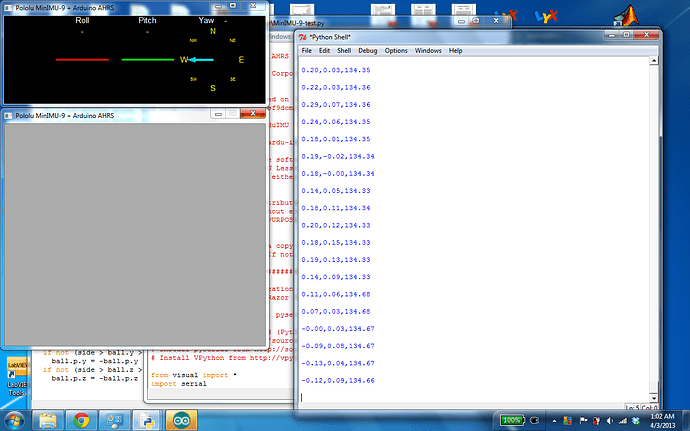 I hadn’t seen this problem before, but I was able to reproduce it when I updated Python and all the modules to the latest versions. It looks like a change in VPython 6 broke something; for now, the easiest way to get it working is to just install the older VPython 5 instead (you might need to uninstall VPython 6 first). The latest VPython 5 version, 5.7.4, is here:

Thanks, Kevin. That solved the problem.