New here and to Arduino. Working on my first project - repurposing a 12V DC car power window motor to control my Varex muffler. Purchased the Dual VNH5019 driver shield for the motor control from Pololu main due to the outstanding product documentation it comes with - really awesome guys, esp for a newbie like me.

I’m having problems though and it’s quite likely (hopefully) just something I’m doing wrong. All I’ve done is solder the headers on the motor shield, connect to the Arduino (clone) and load the pololu sample application. Here’s a couple of photos of my setup: 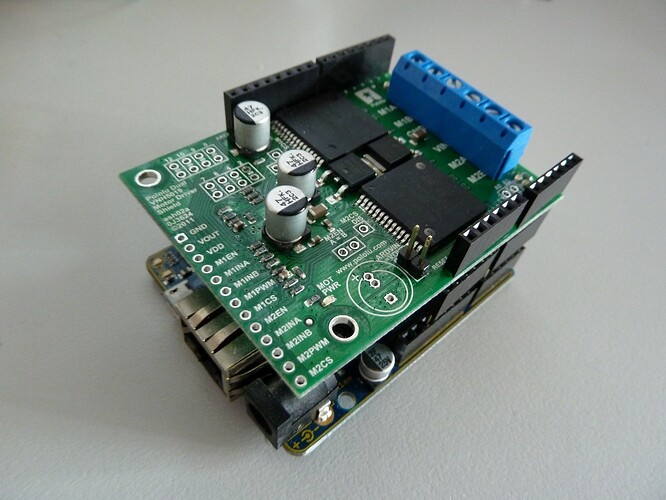 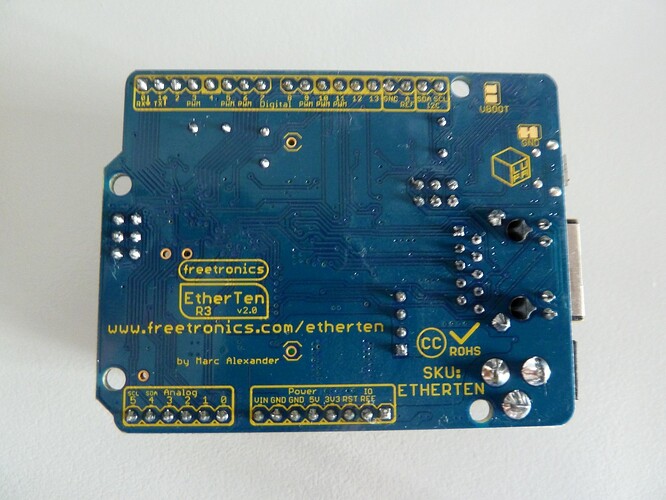 My issue is the COM monitor immediately shows M2 Fault (does the same after a reset):

On reading other threads on here I’ve tried redoing my soldering without luck: 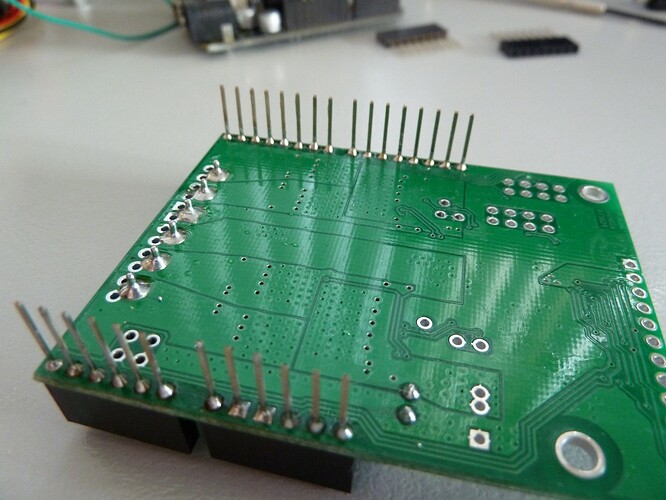 Any ideas? I’m really hoping the shield isn’t faulty/DOA as I’m in Australia so was a bit more involved to get it.

Hm after doing a little more reading it occurs to me that while the EtherTen (arduino clone) i have is supposed to be 100% Arduino Uno compatible - it’s actually an Arduino with ethernet shield combined, so maybe I have a pin conflict with the “ethernet shield” - more reading to do

Okay I’m pretty sure it’s clashing with the SPI interface on the EtherTen. I hope I haven’t damaged anything??

So I’ll have to remap Pin 4 which clashes with the SD card SS line.

As far as 10, 11, 12, 13 goes, I’ve seen this thread: SPI and VNH5019 which is helpful. But I actually only want to use one of the motor drivers - so instead of remapping, what would I need to do to disable M2 completely (and therefore free up the associated i/o lines)?

I am glad you were able to figure out the problem. If you do not want to use M2, you can just cut the corresponding traces on the back of the shield that are shown in the Remapping the Arduino Connections sections of its user’s guide and not remap them.