What's the best way to disassemble the Wild Thumper?

I’d like to make a modification to a Wild Thumper chassis, similar to the one documented in a PDF file on this site.

However, I can’t figure out how to correctly disassemble the thumper and extract the mounts.

I can’t quite un-screw the mounts the way they are screwed in, because the center line of the screw is just above the bottom of the battery tray, and thus a screw driver can’t engage correctly.
I separately can’t disassemble the tray, because it has hex head screws that face into the battery tray with about five centimeters of clearance – not nearly enough to get any screw/bolt/hex driver in there. 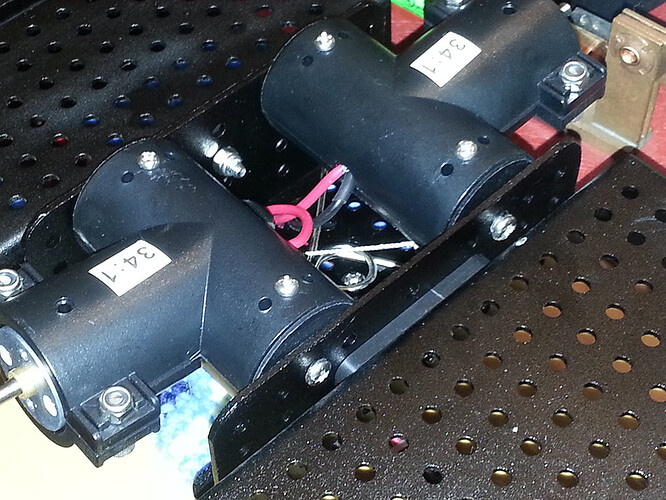 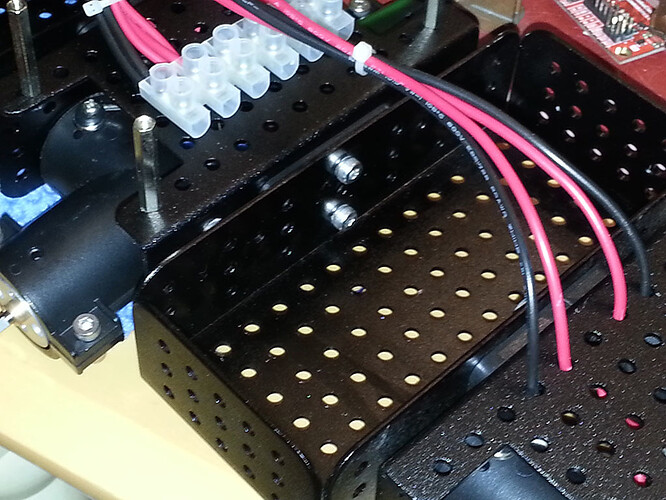 Those allen/hex bolts look pretty easily accessible from the short-end of an allen/hex wrench.

You can also sometimes use pliers on bolt heads like that.

Not really familiar with the wild thumper so I’m just throwing guesses. Future images maybe throw a quarter in for scale, if possible?

After looking at a Wild Thumper we have here, I agree with Tomek. There should be enough room to use an L-shaped Allen wrench for the screws holding on the battery tray. Once those are out it should be easy to get to the motor mount screws.

Bah! I have all kinds of socket wrenches, hex/torx screw drivers, and folding hex wrenches, but not a basic Allen wrench set…
OK, time to go shopping.
Separately, I think I will cut a hole big enough for the encoder on the Pololu gear motor, rather than let the motor protrude like that previous guy did. Here’s hoping it wont’ structurally weaken the suspension too much…

If you have the choice between two similarly priced allen wrench sets, check if one of them has ball-sockets on the long-end. The ball-socket type ones are really nice when you need to get at a screw with a slight angle, but they also make it pretty easy to strip the allen/hex socket. But if it’s on the poorly-leveraged end, it intrinsically helps remind you not to use them in high-force circumstance.s

Anyway, most of my sets don’t have the ball-end, but I have one metric set with them and it’s great.

The only other issue I have with allen wrenches is that some of the sizes are easy to mix metric and non-metric, such that you put a slightly too small wrench into a socket, and can strip the socket. That made me realize that although they’ve always seemed like the most annoying thing ever, torx type wrenches are possibly much better than allen. They just don’t seem to strip, ever. If they strip its the tool not the screw, and you have to really screw up. //end tangent.

Here’s a picture of the Pololu encoder motor mounted in the suspension, and the clearance hole I made: 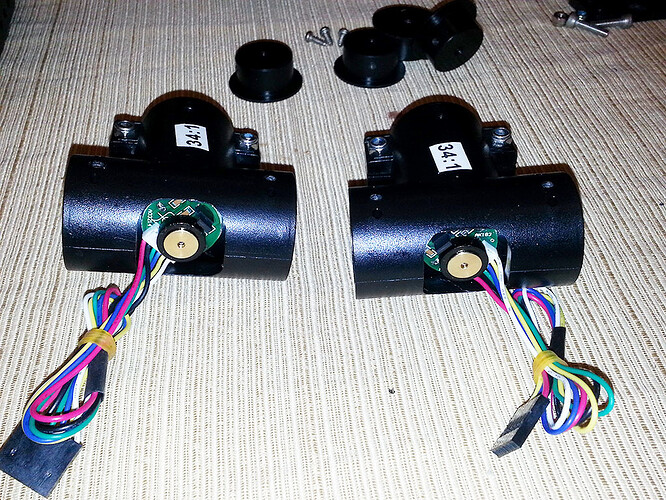 By making the hole big enough to fit the entire encoder and cables coming out, I can make the motors line up perfectly with the front of the holder. Hopefully I didn’t remove too much strength from the holder – time will tell.)

Also, I’m thinking those Pololu wires are thick enough for the occasional stall of 6A – is that about 20 gauge wires? (That connector probably isn’t rated 6A long-term, but hopefully I wont’ be stalling the motors long term, either

Definitively. In my experience you’ll have more problems with the motors after stall currents, not the connectors. And those wires are totally fine for 6A.

I understand pololu has somewhat better motors now, esp the medium power and HP versions. Last I used their DC motors was a year or more ago.

Hi,
I’m not too comfortable with that rotor hanging out in the weeds. Here’s how I do mine: 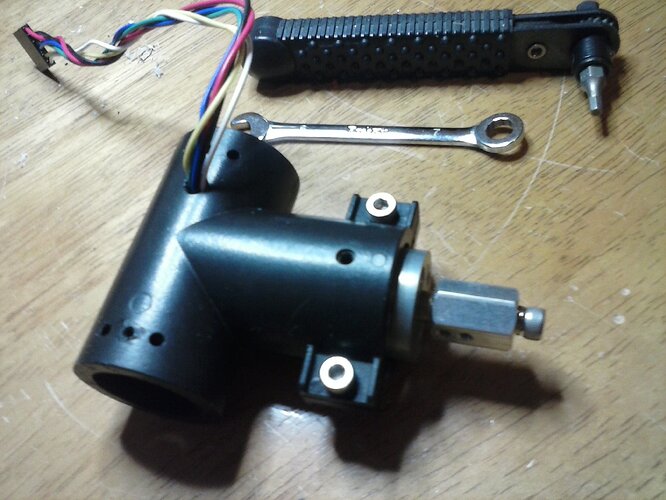