I’m using one of your ST VNH2SP30 30A Motor Driver boards to drive a motor.
'Ive successfully used this board to operate the motor dozens of times, and had unplugged the motor and was testing the board when it suddenly burst into flames.
As I have said it has worked perfectly up to this point, running off a 12V battery with the maximum current that was every measured (via the on board sense) being around 12A. But like i said when it burst into flames there was no motor connected to the output.

Any suggestions on what could have caused it? The battery was connected the correct way and there were no wires. 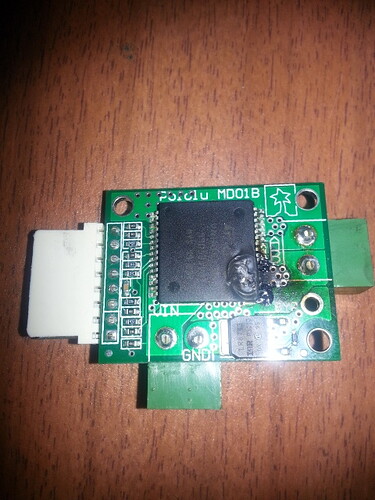 That’s unfortunate. I hope nothing else was damaged. Do you have any pictures or can you provide a diagram of how everything was connected to the driver when the driver broke? Did anything change right before it failed? What were you using to control the driver? What was the driver being commanded to do?

had unplugged the motor and was testing the board

Were you testing the driver for something specific? Is there any chance that the motor output pins could have been shorted? Do any of the traces on the underside of the board look like they were damaged or affected after it broke?

No nothing else was damaged.

Nothing had changed apart from me unplugging the motor. There are no obvious shorts near the output

This is the code that is being used to control the driver, these are the only methods that can interact with the motor.

I was more testing the microcontroller than the actual driver, hence why i unplugged the motor as i didnt want it to turn.

The micro also has a encoder connected that is not shown on the diagram above. I was monitoring the output of that when it happened. 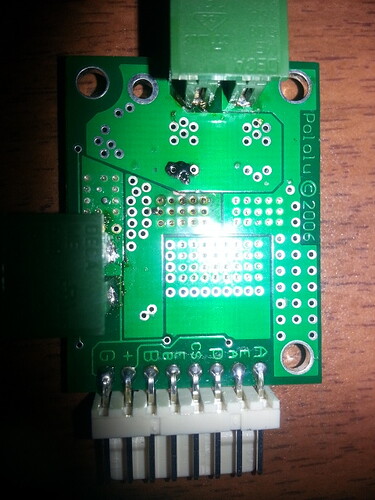 We are not entirely sure what happened to your motor driver, but it looks like there was a short somewhere. If you email us and refer to this thread, I might be able to help you out with a discount on a replacement unit.

If you unplugged the motor while the motor driver was powered up, then that is what did the damage. Voltage spikes of hundreds to thousands of volts can result from disconnecting inductive loads.

I believe I unplugged the motor while the board was powered, but the motor was not running at the time so it should have been in braking mode pulled to GND.

I was just curious what you thought happened, I’m using the same motor driver else where and don’t want a repeat.

I’ll just make a replacement myself.

[quote]I was just curious what you thought happened, I’m using the same motor driver else where and don’t want a repeat. [/quote]It seems likely that the motor was still powered. There is hardly anything more damaging than an inductive voltage spike.

In my work, I try to make sure that all power is turned off of any circuit, before I rearrange it.