I have build a small robot with the Zumo chassis (without shield) and I bought those motors: 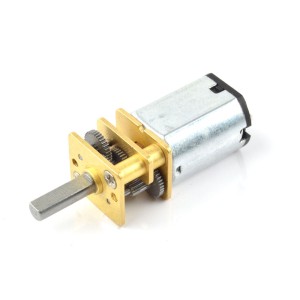 But my robot is not as fast as in this Video: 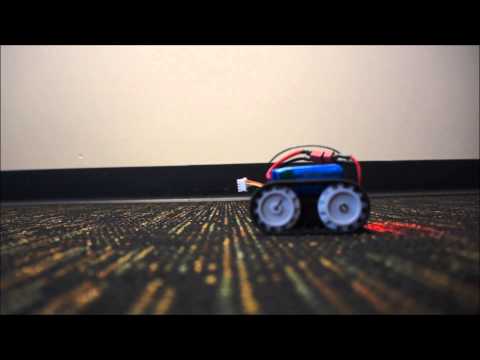 The video description says “…and 50:1 HP gear motors can be purchased at www.pololu.com.” So I think I have the same Motors or am I wrong?

Now I want to buy new motors so that my robot is faster but I have another question:
Are the 12V motors faster than the 6V motors or are the 12V motors just a little bit faster because they are stronger? And what are the advantages of a 12V or 6V motor in this project?

And do you have any recommendation for a Micro Metal gear motor? I have not the smallest Motor Controller and I also want to put a Tilt/Pan Camera rig and (of course) a Camera on the Zumo so the robot is not the lightest one

Besides the information in the video’s description, I cannot tell what gear ratio their robot uses. However, it looks like the robot uses a LiPo battery pack (which probably has a higher voltage than the 4xAA batteries the chassis is designed for), and the robot would run faster with that higher voltage.

I do not recommend going with a lower gear ratio than 50:1 since you want to add a relatively significant load. Our 12V micro metal gearmotors generally have similar speeds to their 6V counterparts when powered at their rated voltages. You can compare the specifications of those motors using the chart on our micro metal gearmotor category page. Please note, running a 12V motor at 6V will only give you about half the rated speed and torque.

Thanks for your answer!
I found an other video of this robot (same channel) and there you can see that they are using a 11,1V battery.

What do you mean with
“Besides the information in the video’s description, I cannot tell what gear ratio their robot uses”?
Isn’t the gear ratio 50:1?

It might be possible, that the mistake is in my script (script on pc -> remote GPIO raspberry -> motor controller -> motors) I will check that but I don’t think so

The video description mentions 50:1 was used, but we cannot verify that just by looking at the motors in the video.

You can see by comparing specs in the charts for the micro metal gearmotors that I referenced in my last post, that similar gear ratios have similar speeds and torques when run at their rated voltages. Although, the 12V motors have higher voltage, they draw less current so their overall power is about the same. Since the torque and speed of the motor has a roughly linear relationship to the input voltage for the same motor type (e.g. 6V vs. 12V), a 6V motor will have about twice its normal speed when run close to 12V. However, please note that running them at increased voltages like this will reduce their use life.

The video description mentions 50:1 was used, but we cannot verify that just by looking at the motors in the video.

Ah ok, now I know what you mean

I think I will power my 6V motors with 7 or 7.5V (after I checked that the mistake is not in my script or my hardware setup). I know that this can reduce the lifetime but is this a absolute no go or is this ok to do (at my own risk of course :D)

I suspect those motors will still work for quite a while at that voltage since it is only slightly higher.

Ok nice. Thanks for your help! You helped me a lot

I found out, that at max. throttle the motors get only ~4V but the problem is not my script!
I’m using 4x aa 1,5V batteries but I think that is not enough for the motor controller and two 6V motors:grimacing:
I also want to connect the raspberry to the power source of the motors so I definitely need a bigger power source! But thats not the topic of this thread so thanks for your help and sorry for this mistake!