Hi, all. I’m driving a 1472 with the Tic T825 controller, current limit is set to 1A, in USB mode, step mode is full steps. When I drive it by setting velocity and using the slider (in Tic Control Center), it starts to skip steps and jitter when much over 400 pulses/s. I’m ramping it up nice and slow and have the max acceleration set to 200 pulses/s, so I don’t think it’s getting ahead of itself. The Tic can output up to 50,000 steps per second, so the controller shouldn’t be the limiting factor either.

I’m running it off a power supply set to 12V and a 3A current limit, which it doesn’t appear to be near hitting.

Thanks for any feedback. 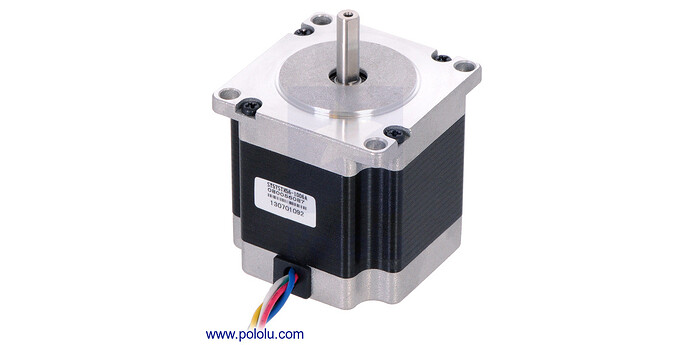 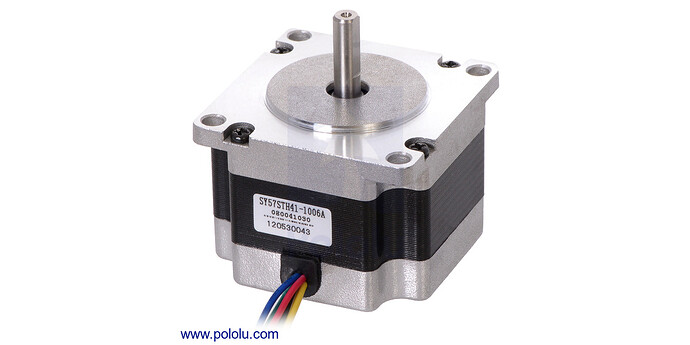 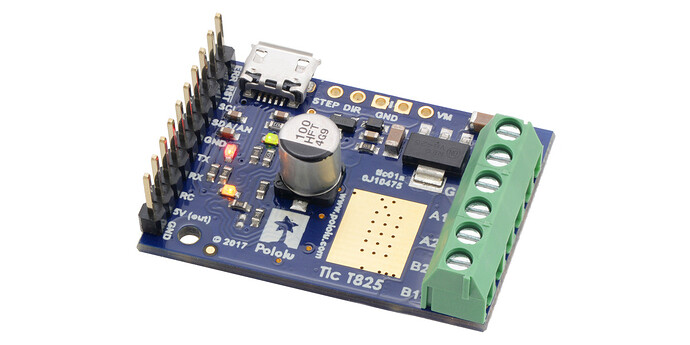 The maximum achievable RPM of a stepper motor depends on several factors. In addition to the current limit, the operating voltage, step mode, and load on the motor will all come into play. To get a general idea of the maximum achievable step rate, I recommend looking at the pull-out torque graphs in the datasheets for the stepper motors, which are located under the “Resources” tab of their respective product pages:

The pull-out torque curves for those motors were done with a 30V supply voltage and in half step mode, so your results will be different, but they can still give you a general approximation as a reference. You can see that the #1472 stepper motor drastically loses torque when the step rate increases from 1k to 1.7k and higher (this corresponds to 150 to 255 RPM in half-step mode). 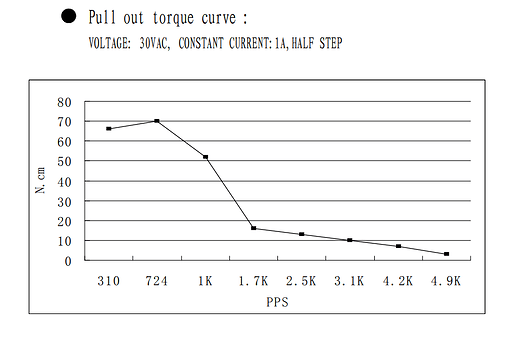 So, it is unlikely that motor will reliably handle your desired 500-600 RPM since at those speeds, the motor will only have a small fraction of it’s torque.

The #1476 motor has a slightly better chance at reaching those speeds, as the pull-out torque curve shows a much more gradual torque drop-off. However, at 3333-4000 pulses per second (the equivalent of 500-600 RPM), it still only has a small fraction of it’s torque available. 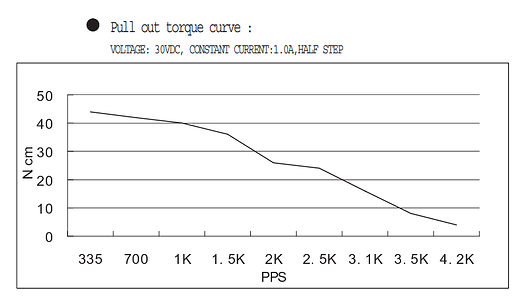 The operating voltage typically has the largest impact on the maximum step rate in my experience, so increasing your operating voltage from 12V up to something like 36V might help, but ultimately, those particular stepper motors might have a hard time operating reliably at those speeds depending on your load.

Hi, Brandon, thanks so much for your response and pointing to the curves. Definitely makes sense that torque would drop as RPM increases, but I’m not able to drive them at higher rpms at all, no load. Sorry, didn’t mention in my previous post that I’m just driving these motors by themselves on the bench, nothing is attached to the shaft. So I’m still confused as to why they’re starting to skip and jitter at such a low rpm with no load.

I’ll try a higher voltage and report back. I’m curious as to why that may help - I figured since 12V was already much higher than the 5.7V or 7.4V drive voltage of the stepper, that more wouldn’t make a difference. But I’m also new to steppers, I have much more experience with brushed DC motor drives.

A higher operating voltage allows the current in the coils to ramp up faster each time it transitions to the next step, which is when the motor is most likely to skip. Doubling or tripling the voltage can have a drastic impact on the maximum speed. Additionally, in full step mode, the driver only energizes each coil to 71% and needs to turn farther to get to the next step, so you might try changing to half-step mode to see if that gives you better results. Alternatively, if you keep it in full-step mode, you could try increasing the current limit to 1.4A (since 70% of 1.4A is the rated current of 1A per phase).

Half step mode was better - I doubled the min/max pulses on the velocity set point to keep the rpm range the same, and dialed the current limit back to 1A. It was able to get to 2400 pulses/s or 360 rpm without issues (the max set point), and some weird resonances at certain intermediate speeds that happened in full step mode were gone.

Noted that it may not be able to drive a load well at those speeds and I’m going to repeat the testing with the 1476. But it’s good for me to explore the envelope no-load at first, just to understand the relationship between voltage/step mode/rpm better.

I am glad to hear you are able to get faster speeds with those modifications. Depending on the load, it can sometimes act as a flywheel and actually help the motor reach higher speeds because of the maintained inertia. In those cases, acceleration limiting can be even more important since you have to get the mass up to speed first.