Issue with left motors of Zumo 32u4

We are currently doing a beginner programming workshop for children where we are using the Zumo 32u4 robots with 75:1 HP 6V motors. We initially had 22 Zumos, but after 1 week of workshop 9 of them have had motor problems. On top of that we found it odd that every single motor that stopped working was the one on the left side of the Zumo.

Is there a known issue with the left side of the Zumo?
Could this be a production issue?

We test every unit, and we have not heard any reports from other customers indicating any problems with the motors, so I think this is unlikely to be a production issue. I am not sure how old the children in your class are, but please keep in mind that there are several ways electronics like this can be damaged (especially while being handled by beginner students). In particular, please make sure your class is following ESD safe handling practices, do not subject the motors to high loads that can cause stalls, and avoid manually moving the treads or motor outputs.

Can you describe the motor problems in more detail, for example, are there any signs of life from the left motors, or are there other performance issues? How were the Zumos being used when the problems with the motors appeared? Some pictures of the affected Zumos particularly around the left motor and the PCB components around the motor leads (as shown indicated in the picture below) would also be useful. 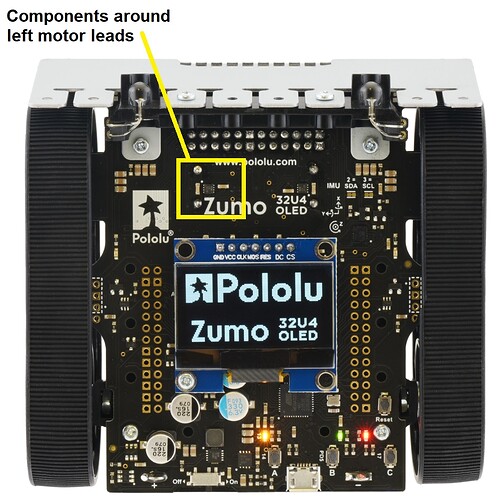 Additionally, to confirm this is not a programming issue, please test all of the Zumos in question by uploading the MotorTest example program from our Zumo 32U4 Arduino library and letting me know what happens.

I uploaded the motor test example program and still had the same results. As for sign of life from the motors wont move at all on their own, but will start moving if they are given a slight nudge in the right direction.

Here are some pictures of the circuits around the left motor on one of the affected Zumos. 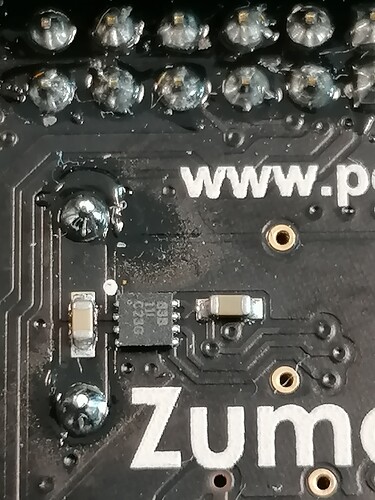 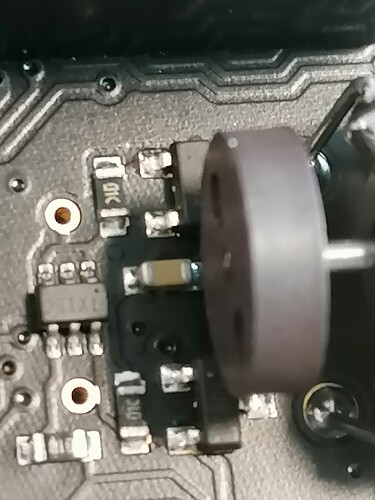 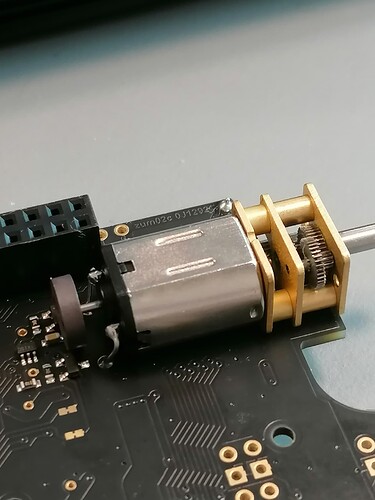 The Zumos were being used to drive around on the floor when the motors failed. Some of the Zumos showed signs of the left motor being weaker than the right in a short timeframe before the motors stopped completely.

I can also add that we replaced the motors on some of the cars and they have been working as normal since.

Unfortunately, it seems like these motors might be damaged. It also seems like the USB interface on the Zumo discussed in your other thread is damaged. Please email us with your order information, a reference to your threads, and a count of the parts you need to get all your Zumos working again.