I’m using a Pololu MC33926 motor controller with an Arduino to power a model railroad. The instructions for assembling the hardware (https://github.com/DccPlusPlus/Documentation/blob/master/Motor%20Shield%20Pin%20Mappings.pdf) say to cut the traces at jumpers #10 and 12. In doing so, I did not notice that there is a trace that runs between those two jumpers which shows clearly in the photo of the underside of the board on the Pololu website, but I can’t discern where it connects. I want to solder in a wire jumper to bypass the trace I cut, but I don’t know where to connect it. Can anyone help with this?

Can you post some pictures showing where you cut the incorrect trace? The “Remapping the Arduino Connections” section of the “Pololu Dual MC33926 Motor Driver Shield User’s Guide” shows more information on remapping those pins.

It’s circled in the attached jpeg. Thanks ! 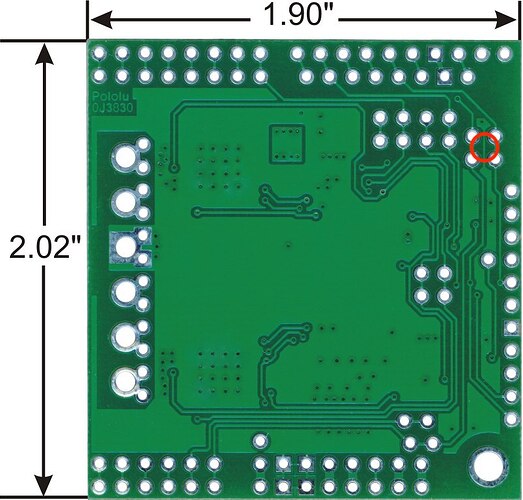 Fortunately, it looks like you severed a redundant GND connection, so you are probably fine not attempting a repair. You can test this by doing a continuity test between the points circled in black in the following picture. If you do not have continuity between those points, you can solder a wire between them. 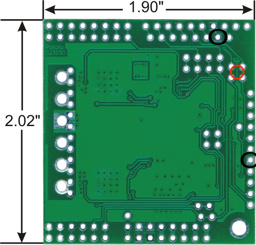 Thanks, Derrill. The board appears to be working now.