I have a question about setting VREF on the DRV8880. Its webpage says

Current Limit = VREF * TRQ / 1.32
Where TRQ is the current scaling percent set by the TRQ0 and TRQ1
pins. So, for example, if you have a stepper motor rated for 1 A, you
can set the current limit to 1 A by setting the reference voltage to
about 0.75 V and leaving the current scaling pins (which are internally
pulled down) disconnected.

But with the current limit of 1A and VREF of 0.75V, wouldn’t the equation be

I am using a 19V regulated supply for VMOT, but I also get 19V when I measure the V3P3 pin vs. ground.

The only thing I have connected is the +19V (to VM) and ground . No other connections yet because the VREF pot will be on the bottom when the DRV8880 is plugged onto my backplane.

And a further update. V3P3 is now apparently dead. There is no voltage between it and ground. I still haven’t connected it to the Arduino Pro Mini that is destined to control it, have only hooked up VM and ground to this point.

I see that I need to pull SLEEP high before the chip will be active. I was planning to use the V3P3 to power the Arduino Pro Mini, but I guess I’ll need to add an actual logic supply to power both chips and permanently keep SLEEP high. I’ll try that tonight, but for now it’s looking like user error and not hardware error…

Thanks for letting us know you figured out the problem. Also, the 3.3V regulator on the IC can only provide about 10mA, which generally is not enough to run many types of microcontrollers.

Thanks, Nathan. The Pro Mini 8MHz/3.3V runs on a little less than 5mA which is why I was considering it. But I’ve redone my first board to use a Power Trends PT5101 5V switching regulator. It has enough headroom to supply 5V for the other Arduino I’ll be using on the model railroad layout. This one will be turning a locomotive turntable. 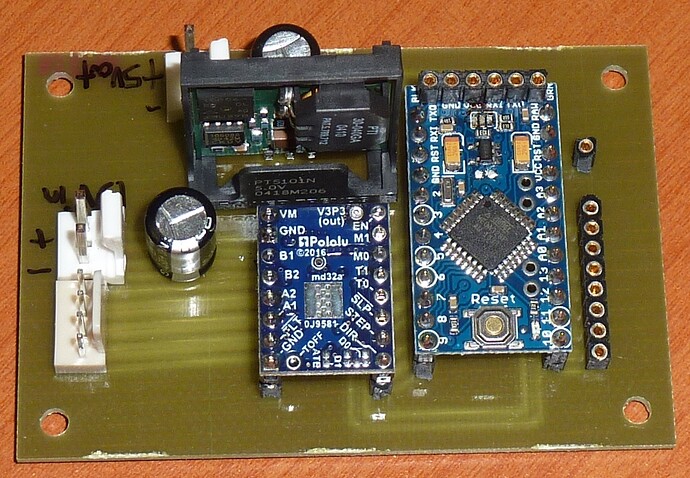 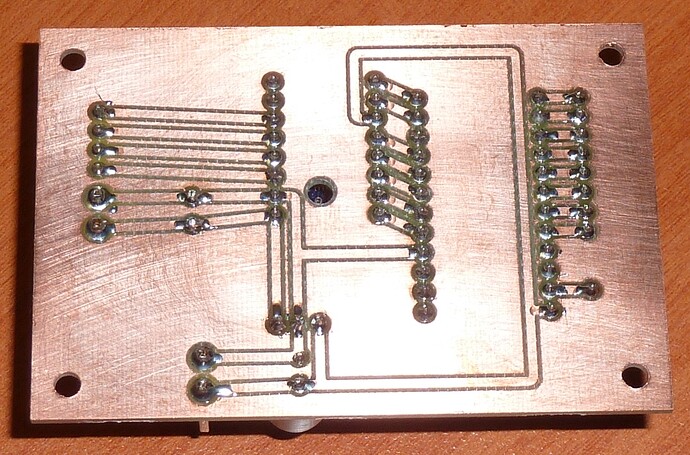 Something I figured out, which I might have overlooked in your docs, was that I had to use a non-metallic screwdriver (I whittled one out of a bamboo skewer) to adjust the VREF pot.

I’d still appreciate a clarification of the question I asked in my first post on the voltage vs current formula for the DRV8880.

The example calculation in the text that you mention was incorrect, so we updated it. The formula above the text is correct (Current Limit = VREF * TRQ / 1.32). Thank you for pointing that out.

Thank you, Nathan. Great! That is quite a bit of difference so I’ll appreciate the larger torque from the little NEMA 14 stepper I’m using. The current scaling is cool–it will be great to cut back the holding current for the 99% of the time the turntable will be standing idle, while not completely disabling the output as was the case with former drivers.

Thank you for your help, Nathan. Here is where I’m using the DRV8880:

There have been many threads/posts relating to motorising/controlling turntables, utilising DC motors, Stepper Motors, gears, gearboxes, toothed belts, meccano etc. all with varying degrees of complexity to get the correct indexing of the bridge...

Thanks for the updates, Randy. We are pretty excited about the current scaling feature of the driver and it is nice to see someone using that.