I have tried to use the DRV8825 to drive my stepper motor, but I cannot get much torque out of it.

So now I have 2x2A at 4V (voltage of the stepper) - that should give me 16W of power draw at least right? Steppers should be constant current as far as I know.

Also - it says that the stepper should measure 1.6 Ohm across the phase, but I get 2 Ohm

I have checked my stepper connections, and tried diffrent combos, and either it is just “shaking” around or it running at 9W
I have attached a picture of the setup + a picture of the diffrent wire combinations I have tried 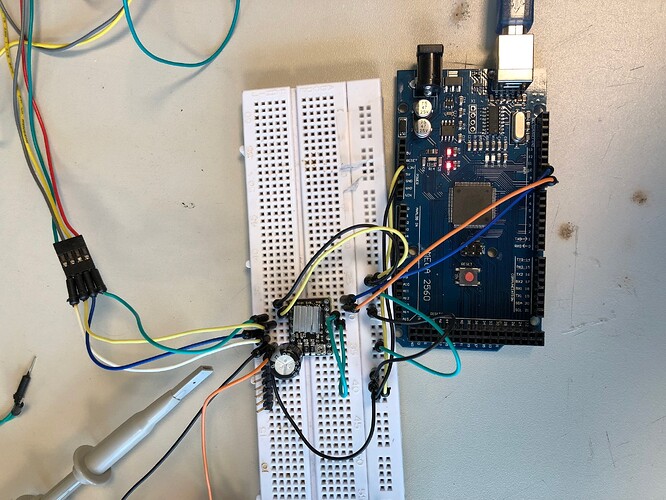 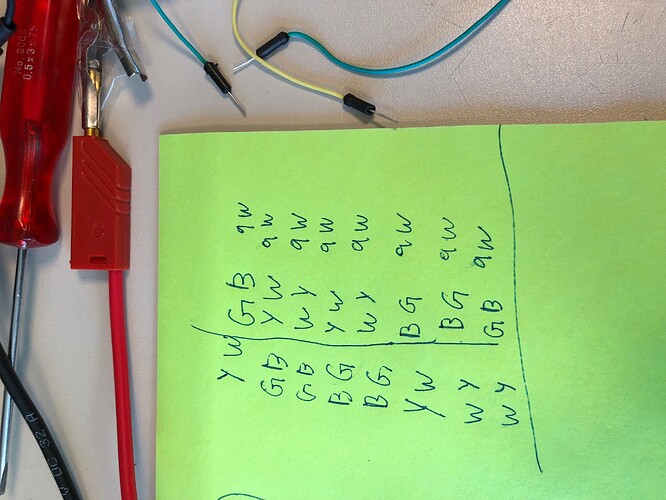 The current drawn from the power supply does not directly correspond to the motor current, as the motor driver acts as a buck switching regulator. So, expect to measure much less average current provided than twice the average coil current.

Considering that the coil current is probably less than 2 A, the 9.6 Watts of power that you estimate is being delivered by the power supply sounds about right.

Like Jim mentioned, the observations you made do not make it seem like anything is particularly wrong with your board or setup. It seems like it could be that the DRV8825 is chopping the current because it is overheating. In general, getting 2+ amps per coil from this driver is going to require substantial cooling (likely involving forced air flow). So, you might try lowering your current limit or adding external cooling to your system.

Also, from your picture I can see that your board was not manufactured by us, so we cannot offer support for it.