Does the MC33926 Motor Driver for raspi work with motor ecoders?

I am using a raspberry pi and MC33926 Motor Driver to drive a small pibot.
The pibot has problems going in a straight line.
I would like to use motor encoders to try and solve this problem.
Is there any information about connecting a 100:1 Metal Gearmotor 37Dx73L mm with 64 CPR Encoder to a MC33926 Motor Drive? Any help with hardware or software (python) would be appreciated.
Thanks

You might consider using a separate microcontroller, like an Arduino or one of our Arduino-compatible A-Star 32U4 Programmable Controllers, to read the encoder signals. If you could use a smaller, less powerful motor, such as one of our 12V Medium-Power 25D Gearmotors, something like our A-Star 32U4 Robot Controller SV with Raspberry Pi Bridge might be a good choice: 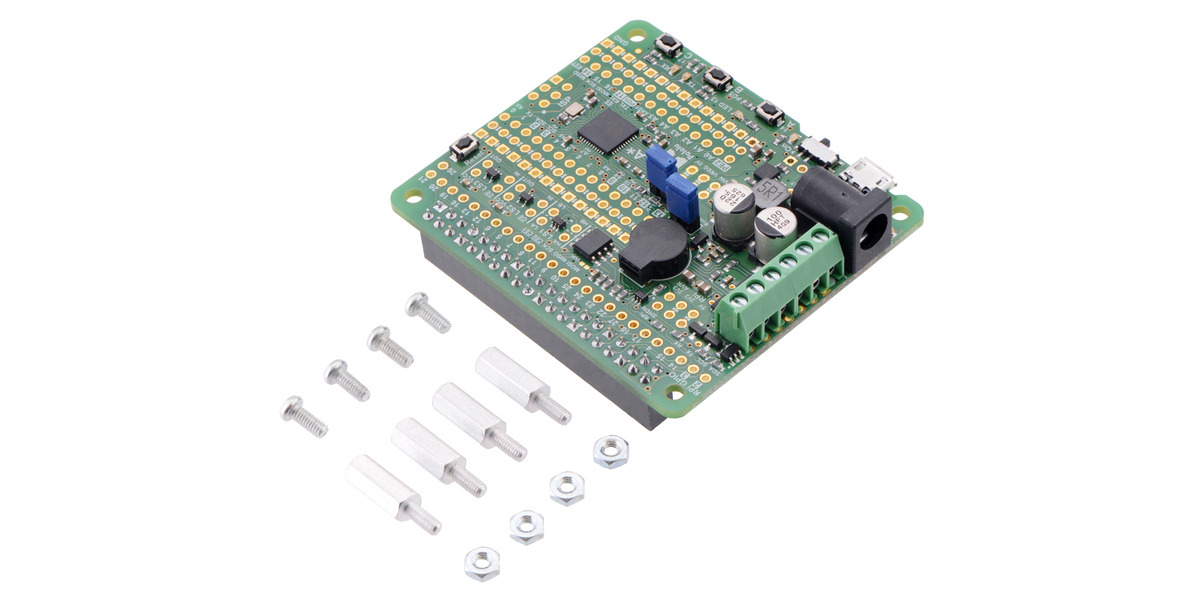 This programmable module combines with a Raspberry Pi to serve as the control center of a small robot or electronics project. Its ATmega32U4 AVR microcontroller comes preloaded with an Arduino-compatible bootloader, and the board includes dual motor...