Converting Zumo Robot for Arduino, v1.2 to 32U4

Robotics and electronics discussion Software and microcontrollers
tnkumar August 14, 2021, 8:07am #1

If I want to convert “Zumo Robot for Arduino, v1.2 (Assembled with 75:1 HP Motors)” to “Arduino-compatible A-Star 32U4 Prime LV”, what are my options?

What are the extra capabilites on the 32U4?

The newer Zumo 32U4 is a more highly integrated robot than the Zumo Robot for Arduino, with enhancements that include a built-in Arduino-compatible ATmega32U4 microcontroller (the same one used in the Arduino Leonardo and our A-Star 32U4 boards), an LCD, encoders for closed-loop motor control, and proximity sensors for obstacle detection. The Zumo 32U4 main board effectively combines the functions of the Zumo Shield and the separate Arduino controller into a single, compact board that is just as easy to program as a standard Arduino or A-Star because of its USB interface and preloaded Arduino-compatible bootloader.

If you want to convert your Zumo Robot for Arduino to a Zumo 32U4 and have access to all its extra capabilities, you could do that by getting a Zumo 32U4 Main Board, a Zumo 32U4 Front Sensor Array, a Zumo 32U4 Blade, an LCD, and a pair of appropriate Micro Metal Gearmotors with extended motor shafts. We primarily recommend the 50:1, 75:1, or 100:1 HP (or HPCB) motors for use with the Zumo.

Alternatively, you could just get a Zumo 32U4 Robot Kit and new motors, or even a pre-assembled Zumo 32U4. These options would have the benefit of letting you keep your Zumo Robot for Arduino intact.

Also, please keep in mind that some of the pin mappings and software libraries differ between the Zumo 32U4 and Zumo Robot for Arduino, so any programs you have already written will probably need to be modified to work on the Zumo 32U4.

@PatrickM Thanks for the detailed answer. Appreciate it. In the Zumo 32U4 demos, you see the Zumo balancing itself vertically.

Is this also possible to do with the “Zumo Robot for Arduino, v1.2 (Assembled with 75:1 HP Motors)”?

The Zumo Robot for Arduino has the same inertial sensors that the Zumo 32U4 uses for the balancing example, and we have seen examples of some people getting balancing programs to work on the Zumo for Arduino, like this one: 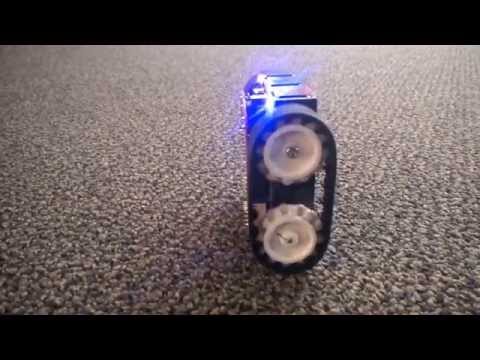 However, I would expect it to be relatively challenging; even getting that example to work on the Zumo 32U4 can sometimes be a little tricky.

By the way, if you are interested in making a balancing robot, you might want to check out our Balboa 32U4 Balancing Robot Kit, which was specifically designed for that application.

Thanks @PatrickM for your quick response. Appreciate it.

A post was split to a new topic: Use Zumo robot with ultrasonic sensor