I want to build simple, BEAM-ish, robots that react to stimuli by fleeing or getting closer to the stimuli, based on simple, non-programmed logic. I think I want to use the new Romi chassis and a motor driver/ controller to hide that complexity from me, but build my own sensor and reaction circuits because that is what interests me most.

Can anyone suggest either a motor driver or controller, and maybe an introductory tutorial? I assume it will be voltage controlled, using PWM to actuate the motors, etc. The sensor / reaction logic might be just a photoresistor and amplifier, for example.

I am just beginning my robotics/ electronics journey, so feel free to dumb down your answers accordingly… 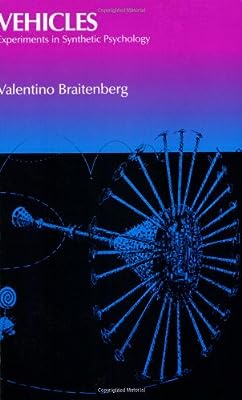 BEAM robotics (from Biology, Electronics, Aesthetics and Mechanics) is a style of robotics that primarily uses simple analogue circuits, such as comparators, instead of a microprocessor in order to produce an unusually simple design. While not as flexible as microprocessor based robotics, BEAM robotics can be robust and efficient in performing the task for which it was designed. BEAM robots may use a set of the analog circuits, mimicking biological neurons, to facilitate the robot's response to i...

The DRV8835 Dual Motor Driver Carrier is probably most appropriate for those motors. Will that work for you?

Any reason why not? I like the voltage control and not having to do any of my own PWM building etc.

Will it fit on the Romi Chassis with some room left over for sensors and my own breadboard?

The Simple Motor Controller 18v7 does have an analog input, which might be simpler to work with. If you want to control the motors independently, you would need two of them. The Romi chassis is pretty roomy, so you can probably find space there, though you might have to stack the motor controllers using something like our spacers and standoffs. We have dxf drawings for the Simple Motor Controller and Romi chassis on the “Resources” tab of their product pages that can be used to get the locations of features and overall dimensions for the items.

Here is what I am thinking: I stack the two 18v7s on top of each other with standoffs, put a 3" by 2" (ish) solderless breadboard somewhere, and attach a few small sensor antennae (a mic and a few bump wires to start).

Would I have room to wire the motors and sensors?

Is there anything else I would need to get it running besides the two 18v7s , some connectors, and the Romi inbuilt batteries?

Would it be hard to power the sensor and logic from the same AA batteries as come with the Romi and power the motors? A separate 9v is possible but would take up space and weight.

I want the solderless breadboard so I can tinker, but I could wire wrap protoboard if necessary instead.

Thanks for answering/ thinking this through with me. Hopefully somebody else might find it useful someday.

It seems like you would probably have enough room for the breadboard and the two 18v7s, plus some extra room for sensors. On the Resources tab of the of the Romi page I pointed to yesterday, there is also a full scale pdf of the chassis you could print out if you wanted to lay out some parts on it. By the way, we would love to see how you put everything together when you are done!

I recently built an line following robot without a micro-controller. I rolled my own circuit board with a very basic motor driver but Pololu motor drivers are good too. Good luck in your project! DIY Aquarium LED lights, Line followers, Mini Sumo and more! These are just a few of my projects and I hope you will find them helpful for bringing your own projects to life.

That’s very cool! In a year, maybe I will build something similar…