I purchased two of the units mentioned in the title from a distributor in Australia. I had noticed that one motor didnt seem to turn as smooth or as freely as the other and decided to run a test. I let both motors free run at 6V and measured the current drawn by each. The “rough” motor is drawing around 350mA (which is more than what it should be pulling at 12V - according to the specification) whilst the other motor draws around 200mA (less than that stated in the specification).

There appears to be a noticeable difference in the performance of these motors, and it appears one may be faulty.

How do I go about resolving this issue?

The current draw of your motors might be normal. You said that one motor is not as smooth and does not move as freely. Does the “rough” motor make any grinding or clicking noises that the other one does not? Could you quantify what the difference in speed is?

Thank you for your response.

The “rough motor” is definitely noisier, it does sort of sound like grinding (I suspect that the gearbox is the issue).

I have taken some captures of encoder output A for both motors. These are attached. You can see in the captures that the “rough motor” appears slower than the other one.

Both captures have been taken under the same conditions as in the previous post (6V free run). This time the current drawn from the “rough motor” is around 420mA (up from 350mA the other day), meanwhile no change has been observed in the current draw of the other motor. So it appears to be getting worse. 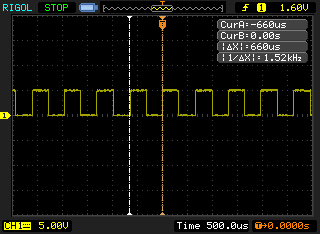 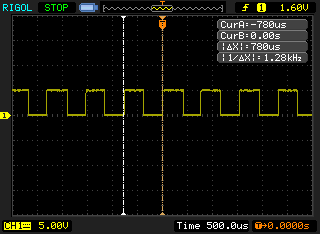 Could you remove the gearbox and see if that motor still has problems? Could you also email us at support@pololu.com, so we can look into a possible replacement?