Hello,
We have finished the second iteration of a ‘modular’ Zumo robot chassis combined with an ARM Cortex-M0+ processor board from Freescale: 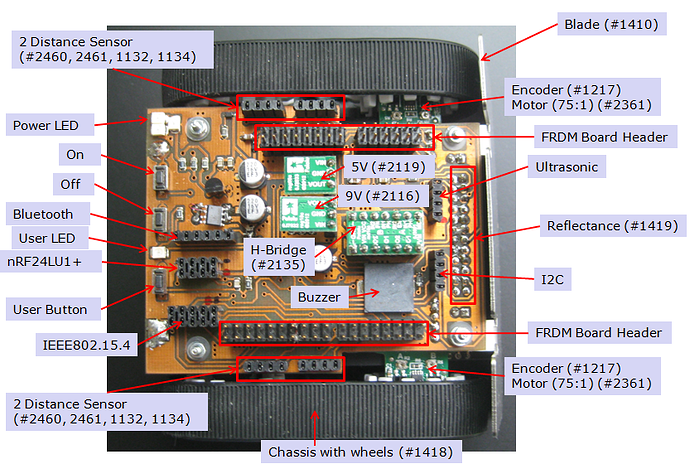 The board allows to plug-in different Pololu modules so you can configure or extend the robot. Additionally, the reflectance sensors and other sensors are at 3.3V logic levels.

That looks like a cool project. Thank you for sharing. I like how you incorporated all the Pololu carrier boards and encoders in your PCB design. I loved your Zumo Robot with FRDM-KL25Z Board project. This will make a great addition to our community projects as well.

Really interesting idea. I was thinking of something similar so you’ve prompted me to get some IR proximity sensors and add them to one of my Zumos. Then I can have a “with” and “without” test. I’ll post a photo when I get it working.

I’ve added two of the Pololu IR Proximity sensors https://www.pololu.com/catalog/product/2460
one on each side of one of my Zumo robots. 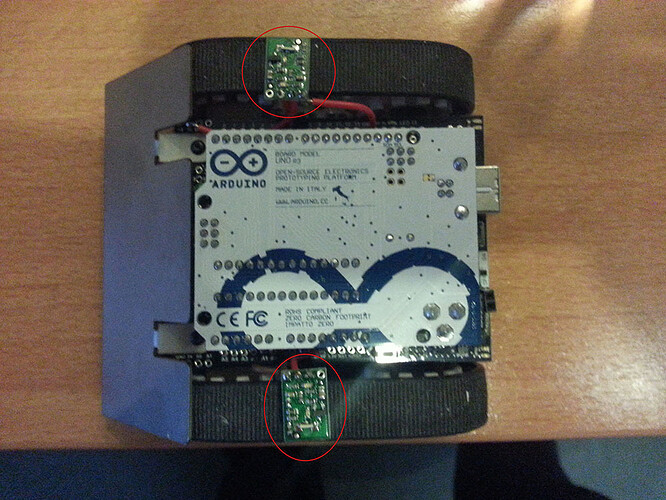 These are connected to pin 6 on the right, and A1 on the left. That allows me to detect when the robot rolls past another robot in the ring. It was really easy to add on, and the coding was pretty simple. I now need to fine tune the algorithm now to decide what to do. Currently I reverse the robot a small amount, and then turn in the direction of the detected robot. It’s difficult to see yet if it give this one an advantage over the other one which is simply following the standard Border Detect routine.

Thanks for the update on your project. It is looking really cool!

You can see the robot in action here, on youtube. It’s not working exactly right against other robots. But it works pretty well against a box