Zumo Robot with own Processor Board

We have used sucessfully the Zumo robot chassis for multiple Advenced Embedded System Programming courses at the University of Lucerne. This year we have improved the microcontroller board designed for the Zumo, so I’m sharing a few pictures. Pololu has new magnetic encoders (we use the optical ones), unfortunately the new encoders were announced too late for us, because this would have simplified our design. A tricky part was how to connect the motors in a good way with the PCB, and the current solution works well. With the new processor (ARM Cortex-M4F with 120 MHz) we have plenty of processing power, and we can add Arduino shields to it. 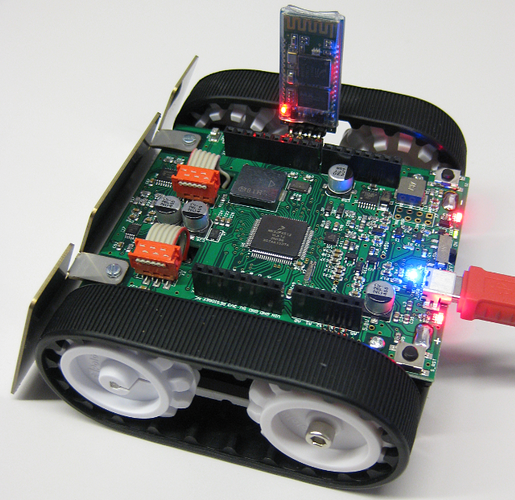 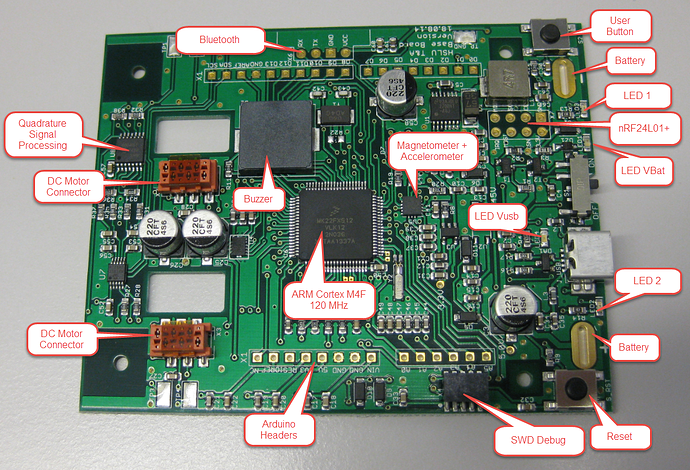 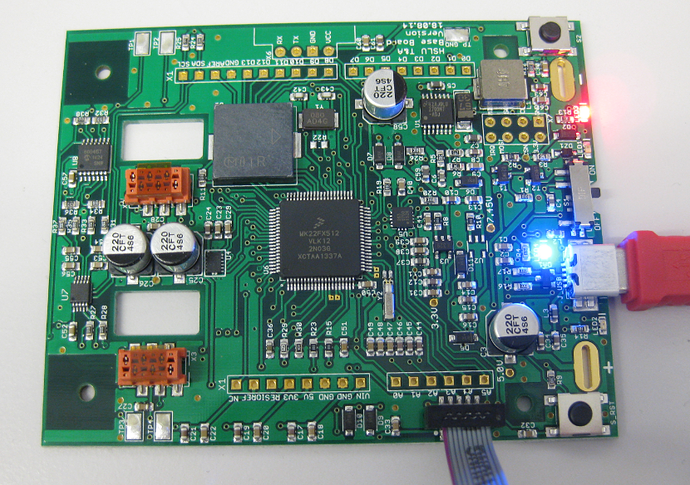 I liked that you used the ARM Cortex-M4F for the processor and still are able to use an Arudino shield. Thank you for sharing pictures and links that detail the progression of your project with us. Keep up the awesome work!