I just put my zumo kit together (with and UNO) and am trying to get the reflectance array working. I soldered all 24 pins and have gotten the calibration code to run but it doesn’t seem like it is reading anything. I am just getting:

None of the LED’s turn on with or without the jumper.

How do I confirm whether it is a code issue or an assembly issue?

The results you are getting in the Arduino serial monitor when running the SensorCalibration sketch are identical to what you would get if the sensor array was not connected to the Zumo Shield. This, combined with the fact that your LEDs are not turning on and that you are measuring a voltage on VIN that we do not expect make this seem like a connection or soldering issue.

I have it under battery power only, without the UNO plugged in it shows the vin and ground pins at 7.45V, as soon as I plug the Arduino in it drops to 2.46V

Jumper off and the red led is not on. 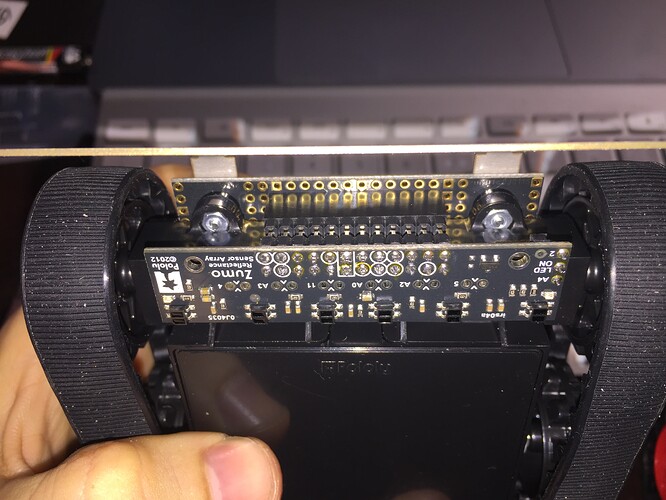 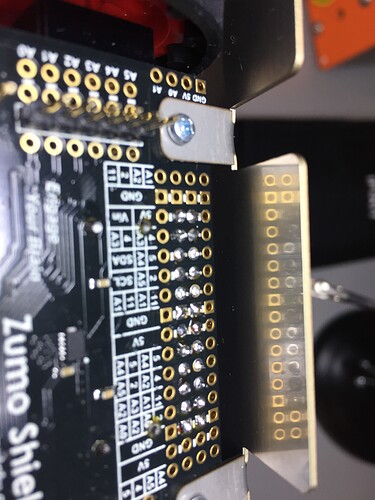 ok I need to learn to measure the correct pins. I am getting 5v on the 5v pin and 7.46v on the Vin pin on both sides. Still no LED turning on

It looks like your Zumo reflectance sensor array is in plugged in the wrong way, which explains the -5V you were measuring (and it seems like you were measuring that voltage across the 5V and GND pins). Connecting power backwards like that is generally a good way to instantaneously damage electronics, but in this case, I suspect your reflectance sensor array and Zumo shield to be okay. Can you try re-orienting your array so that it looks like the following picture and try running the sample code again? 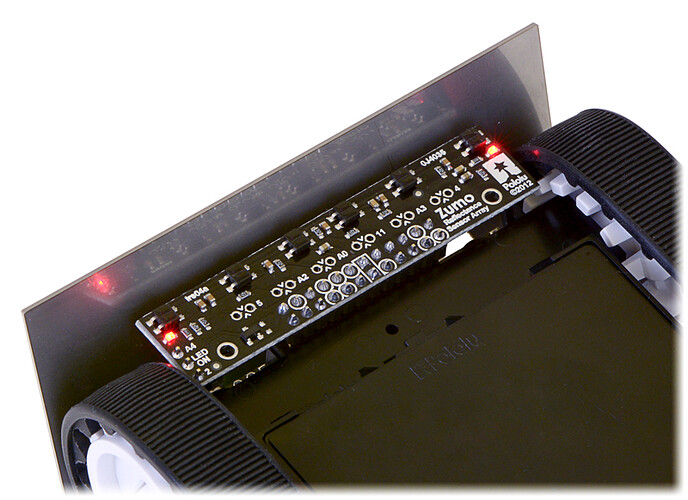 Yes… I discovered that today… Such a simple fix… Doh… It is working great now… Thanks!