I created a really simple LED blinking program to test and built the .hex. I followed the AVR programming quick start guide for the 3pi (Pololu AVR Programming Quick Start Guide) but when I try and run the AVRdude line nothing seems to happen.

below is an image of the command prompt, I let it sit for a few minutes before cancelling the command. 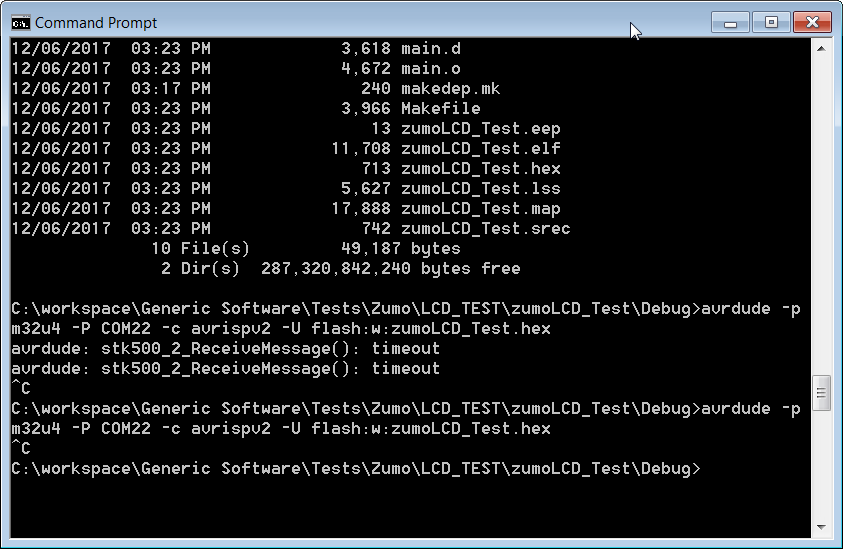 Are you trying to program a Zumo Robot for Arduino, Zumo 32U4 Robot, or 3pi Robot? Can you provide details about your setup (e.g. how are you connecting the robot to your computer and are you using the Pololu USB AVR Programmer to program the robot)?

I have the Zumo 32U4 Robot, I dont see an ICSP port so I’m just plugged into the zumo directly via USB. I installed the Pololu A-Star drivers.

Ok, I went through that document and found that I had to press the reset button twice to get into bootload mode. it increments the com port so I modified the command string I send to the bootloaders com port and engage bootloading mode and run the command. I’m now getting an official error. 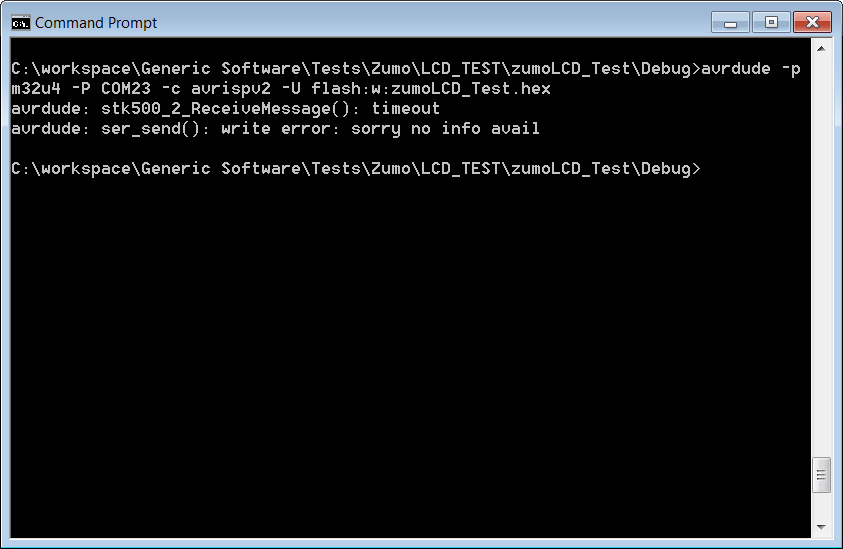 I went back to the quick avr programming guide I mentioned before as I remembered an error described there about the timeout. I adjusted the timeout to 55000 as described in that document and still receive the same error.

I figured out what I was doing wrong, everything is working now.