Robotics and electronics discussion Share your projects
workerchimp April 3, 2016, 3:56am #1

I made this simple remote controlled robot using a pair of Wixels (with no micro controllers) on a set of 170 pin bread boards. (I may make some PCBs with chip sockets to make it more permanent and durable). On the robot, I used a pair of BA6886N motor driver chips to run a pair of 75:1 motors in a bare bones Zumo kit.

For the controller, I hooked up 4 tactile push button switches to P1_2 to P1_5 on a Wixel with all switches going to ground.

On the robot, I set up the other Wixel and tested it first using four LEDs with 100ohm resistors hooked up to the outputs (P1_2 to P1_5) to ensure the system worked before installing the motor drivers.

(The negative values set the mode of the pins as inputs for the first Wixel --on the controller. The same pins on the other Wixel --on the robot are conversely set as outputs using positive values of the same numbers).

The way the BA6886N’s need to be wired are as follows:

**(good to put a small electrolytic capacitor between Pin 9 and ground: attach negative lead (-) (white stripe) on capacitor to ground; positive (+) lead goes to Pin 9 along with Vcc.

***Also good to eliminate electrical noise on the motors by soldering a few .1 uF ceramic capacitors (104) across the motor leads. Check where you are putting them so that they still fit in the Zumo’s case.

Hope you find this useful as a start for your own projects–good luck! 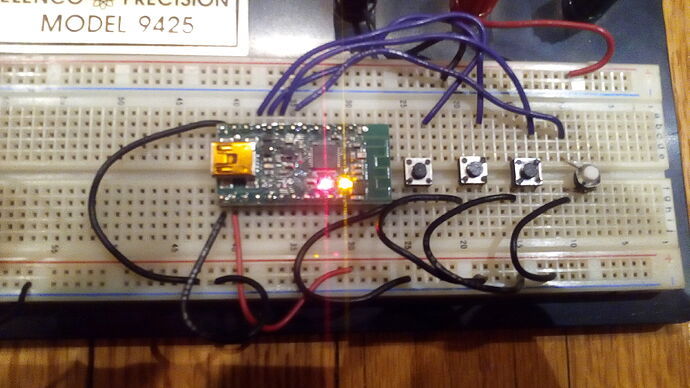 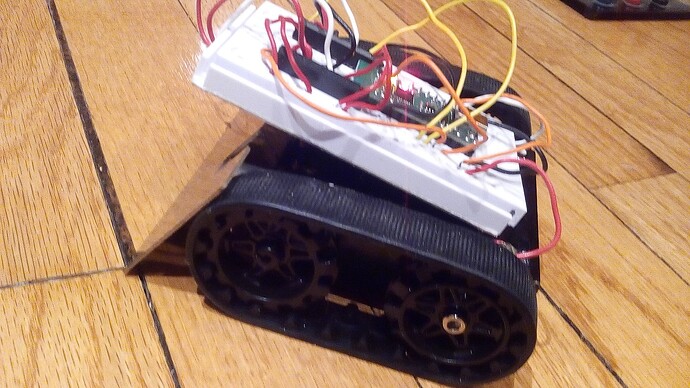 Cool project. Thanks for sharing!