Recently I acquired a batch of U3V12F9 & U3V12F12 voltage regulators. When I connected each to a LiPo battery to verify the output, two began smoking as soon as voltage was applied to the input terminals. A third began smoking while I was connecting my voltage meter to the output terminals. Two others failed to provide any voltage increase.

Did I get a bad batch?

I am sorry to hear that many of your regulators are not working. We test all of our electronics before they ship; so, since so many of your various regulators are breaking, it sounds like something in your setup is damaging them. Can you tell me more about how you are testing them? Did you have a load connected across the outputs? What voltage is your LiPo? As for the two regulators that are failing to increase their voltage, what voltage are you measuring across their outputs? Can you also post pictures that clearly show your setup, the damaged parts of the boards, and any soldered joints?

Hello Jon, thank you for your response. I’ve enclosed some photos to assist you.

The “Voltage Out” terminals are connected to the multimeter, which shows about 3.4 volts for both input and output to the voltage regulator. I am lookin for a digital voltmeter to obtain more-accurate measurements.

There are no soldered connections in this test set-up. Once I did have a problem with solder closing the gap on the voltage regulator output terminals. Consequently I now use the male header connectors with the right-angle bends to minimize wires touching.

I am using the Lipo batteries to run model railroad locomotives (12 volts) and also lighting for the passenger cars (9 volts). I have two engines with inadequate internal storage for the batteries, so a “work car” holds 3 batteries and no voltage increase regulator is required.

On my other locomotives I have two batteries wired in series plus a step-up regulator for 12 volts. One of them ceased working; it supplies the same output voltage as the input.

I hope all of this makes sense. 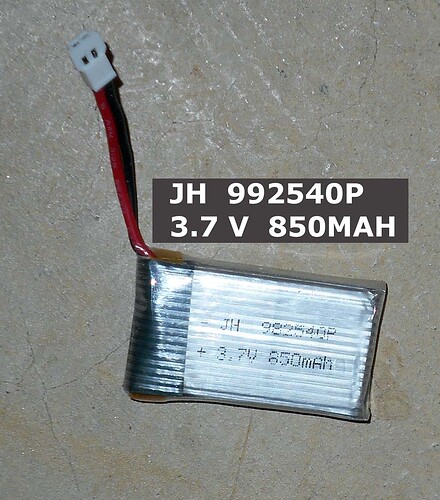 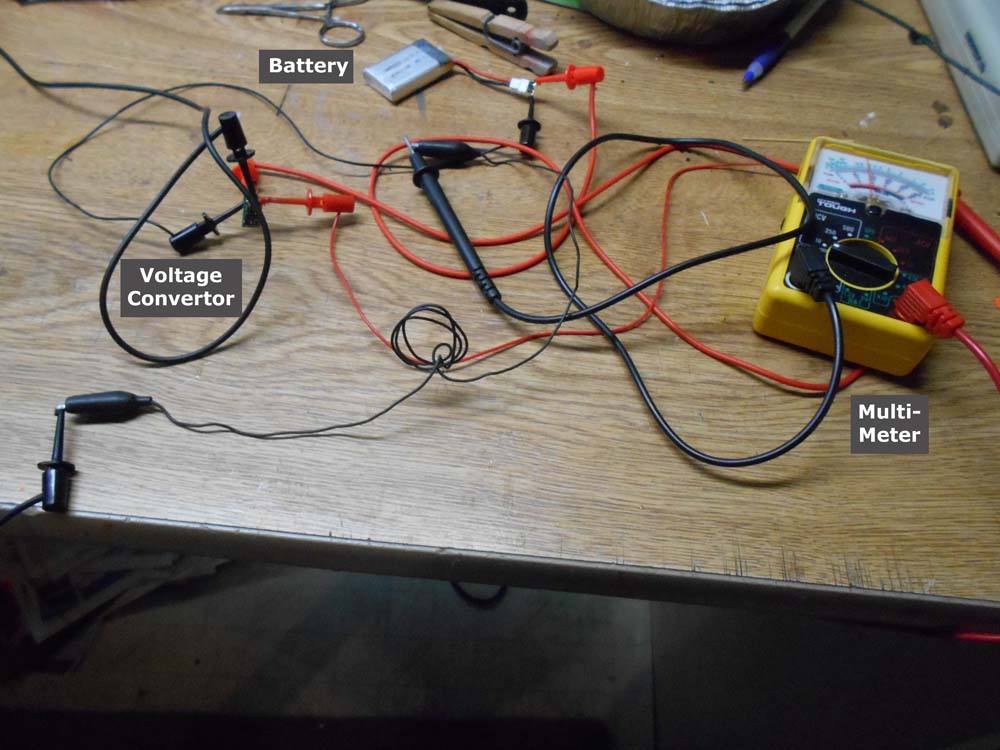 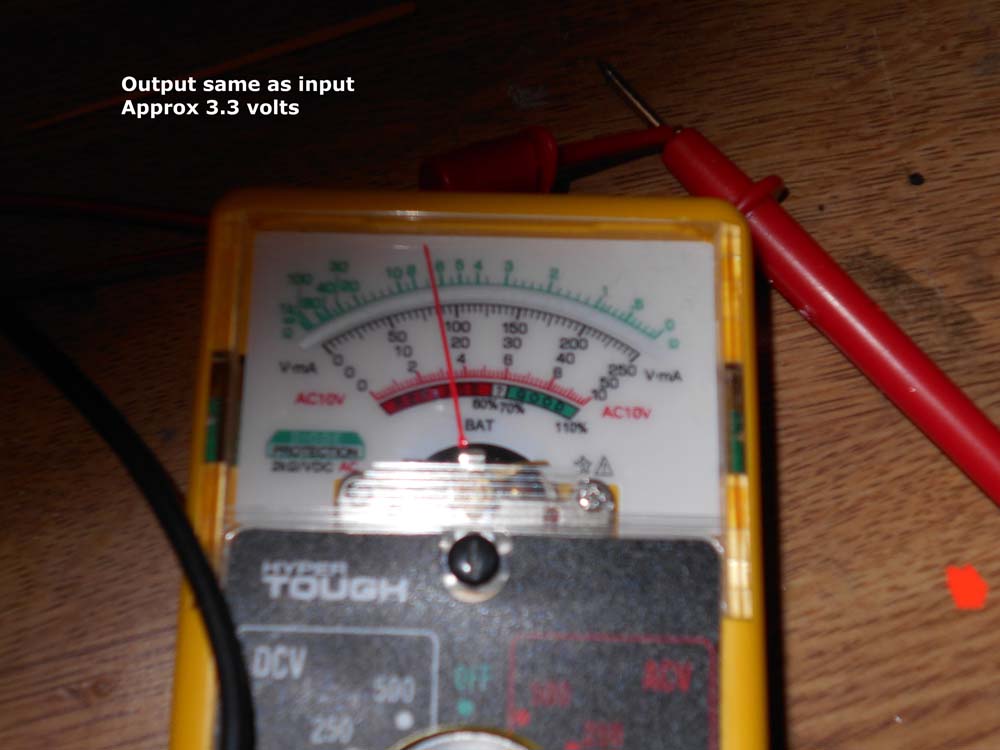 It is still not entirely clear how you are connecting everything. Can you post pictures that show the close-up detail of each of the regulators that smoked? Before they were broken, did you ever try them with a load across their outputs?

As for the 12V step-up regulator in your other locomotive that was working and then stopped working, how much current do you expect that system to draw?

I’m sorry, Jon, but I’m not an Electrical Engineer, and I did not have various meters hooked up to determine exact voltage and amperage specificity you desire.

A few moths ago I smoked a regulator because I apparently was demanding too high an output (2 locomotives linked together). Going to 3 LiPos with no regulator solved the issue.

Of my 6 dud voltage regulators, I’m uncertain which 3 were smoking. Two began smoking as soon as I applied power (1 LiPo battery) to the terminals. I immediately disconnected them but the damage was done. The third began smoking while I was connecting my voltmeter to measure the output.

The other two simply did not produce a step-up voltage from the single LiPo battery.

At this point I am just writing the entire matter off as a bad experience. In the future I will try to use 3 LiPos in series which produce sufficient voltage to run my model railroad engines.

I now have a voltmeter (digital, with some decimal places) which my provide some answers. I have been busy with medical appointments lately but hope to investigate the situation soon.

In general, if a regulator starts smoking as soon as power is supplied, it could be due to inadvertently connecting power backwards, or VIN or VOUT being shorted to GND. A regulator breaking while it is being probed by a multimeter seems like it could be that the probes accidentally shorted either VIN or VOUT and GND together. If you post detailed close-up photos of the damaged regulators, I can look for visible signs of damage that might help me narrow down how the boards broke.