Robotics and electronics discussion Share your projects
Gertlex October 16, 2012, 4:22am #1

Twitch is my 3 servo hexapod clone of a Japanese bot that first appeared on youtube back at the beginning of this year. Twitch uses 3 AX-12A servos, and a pair of Wixels, the other of which is on my modified Arbotix Commander, which is the controller used.

This project is mostly documented over at Trossen Robotics Forums. Also my personal website (though this link will die in ~year). Props to David Grayson for support as I got the software working, as well as to him and all others that developed the example apps/code on github!

The bot was made almost entirely from spare stuff I had on hand (bought new battery for this project, and that was about it…). On the robot side, this is maybe a $180 bot. Throw in charger, Commander, and other stuff (e.g. materials) I already had on hand and it might be closer to $300. I reckon this could be done on a smaller scale with HS-311 servos, if not HS-55 micro servos… I’m playing with the idea of building a 3x HS-55 + Wixels + Pololu Micro Servo Controller version. 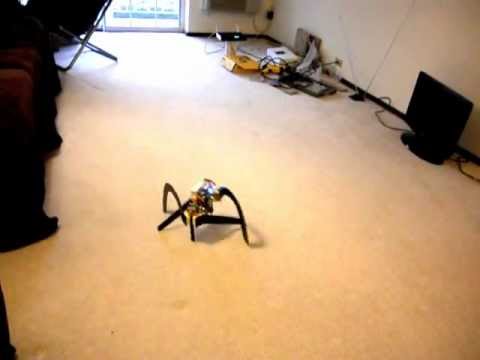 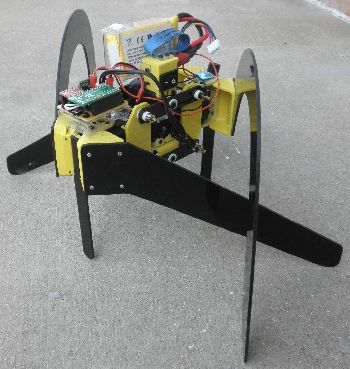 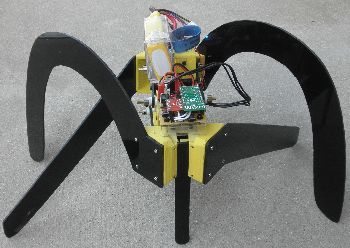 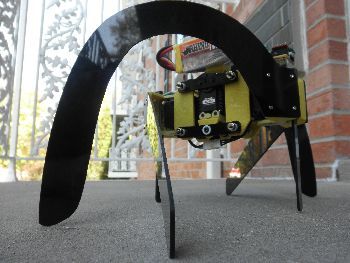 Congratulations on completing your project! It looks very novel.