I have a blind brother in law .
I used a sensor like below and mounted it inside a small torch which had a Lithium ion battery, with charger. I used an ATtiny at the time.
It is ok but it does not work in sunlight… I tried ultrasonic as well but outdoors was a no go 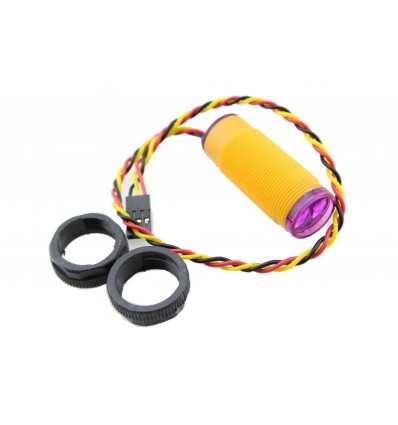 I realise the issue with up and down as well as sideways.
My thoughts are I need a 180 degree sensor to pick up what the “accurate” sensor does not pick up.
So anything within 1m of the sensor should be an immediate alarm , then he can wave it around to find what’s find changed… The current setup does not help pick up pavements and poles as head high overhangs…
Are all these “obstacles” insurmountable or could a viable solution be put together

Infrared sensors typically do not work well in outdoor environments since the sun easily overpowers the emitters and interferes. My initial suggestion would have been to try ultrasonic sensors instead, but it sounds like you tried that as well. I would not expect ultrasonic sensors to have similar problems with outdoor environments. What kind of problems did you encounter?