Robotics and electronics discussion Share your projects
Louie April 6, 2011, 6:03am #1

Here’s a link to a video of my sound-following 3pi robot. 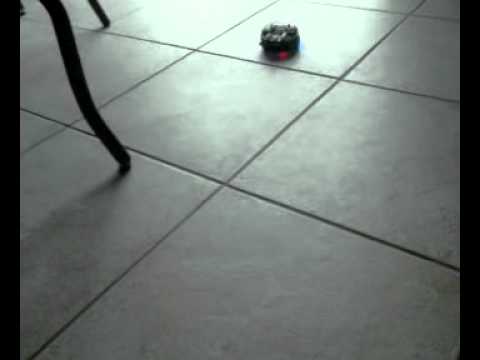 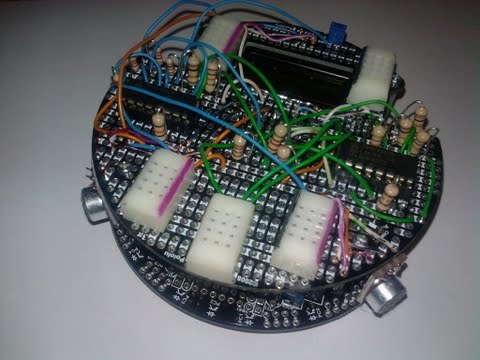 After reviewing the Pin assignments, and reading up on the 3pi in general, I decided that I really didn’t want to give up ADC6 since it monitors the battery voltage. Without having three ADC channels to connect to, adding a multiplexer seemed like the obvious choice, though it came at the cost of two IO lines. I chose PD0 and PD1 (which double as Serial Tx/Rx), since they weren’t being used for anything else.

While I was prototyping on my breadboard with a separate Atmega328, I found the serial Tx/Rx to be extremely valuable for debugging and soon realized that I would need to free up PD0 and PD1. My solution again was to add another mux/demux, but this time I only use one IO line to drive the selectors. PC5 is attached to S0 of Mux1, and S1 is pulled to ground. When PC5 is low (by default), my Tx/Rx lines are patched to a 3-Contact Point Block (special thanks to Jan for identifying these for me!). If I drive PC5 high, Tx/Rx are patched to the selectors of Mux2 to be used to select the analog input to sample.

The software basically loops 256 times in the main loop, sampling each of the three mics once per loop and storing the values in an array. The states of PD0 and PD1 are toggled to select which mic I want to sample. “00” = off, “01” = mic1, “10” = mic2, "11 = mic3. After the 256 loops, I analyze the data looking for the highest high, and the lowest low for each mic. The assumption here is that the highest amplitude (the diff b/w the highest high, and lowest low) is going to be registered on the mic nearest to or directed at the source of the sound. This isn’t perfect, but has proven to be reliable enough.

I’ve changed the algorithm a few times, but they are as follows:

(This algorithm is used in the video above)

(New algorithm not yet video’d, but much better)

That’s basically it. I would love to get some feedback from others.

I have a couple of other applications for the hardware/software. Here are a couple ideas I have come up with. Let me know if you can think of more! 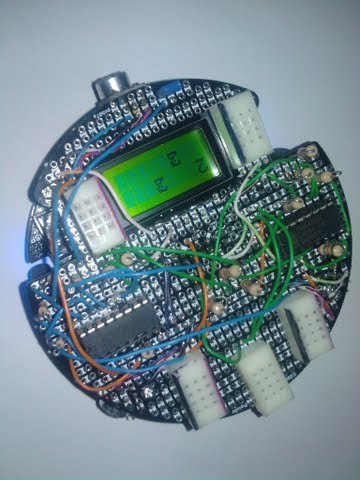 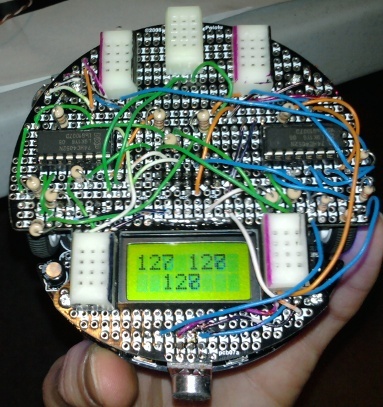 Thank you for the more detailed description of your fun project! I posted your project on our community projects page.