I recently purchased two Pololu 5V Step-Up Voltage Regulator U1V10F5.
I wanted to use this to power an Arduino from a 5.5V supercaps.
The issue is that I cannot get more than 40mA @ 5V on the output side.

Here is my setting:
On a breadboard, I have 33uF electrolytic caps located before Vin and GND.
With a power supply (current limit to 1.2A), I put in 5V on the input.
On the output side, I tried different resistors to test its performance under load.
I started of with 1k down to 100 ohm. Everything seemed fine, until I placed the 100 ohm load.
Once I put 100 ohm on Vout, the regulator starts drawing more than 1.2A and hits the current
limit on the power supply. This made no sense to me.

According to the efficiency chart, let’s say the worst case efficiency = 0.7
Then VoutIout = effVin*Iin. Solving for Iout when Iin is at its max (1.2) and Vout = Vin = 5V, Iout should be
around 840mA.

Am I not understanding something here? I feel like I am missing some key concept. 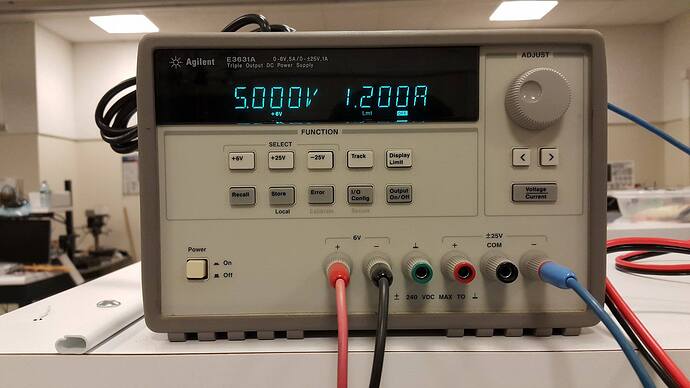 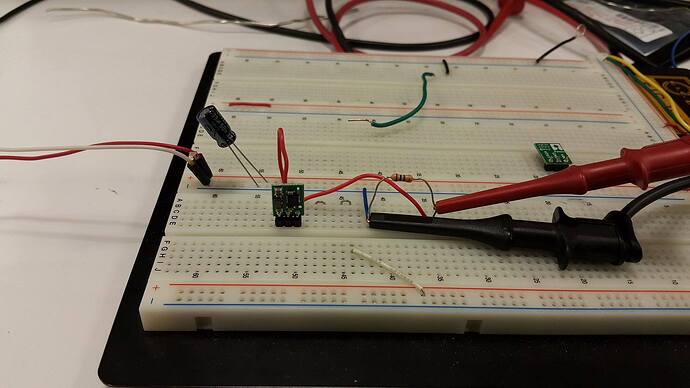 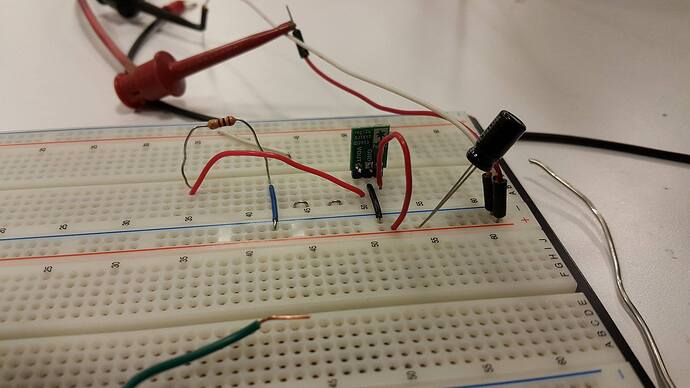 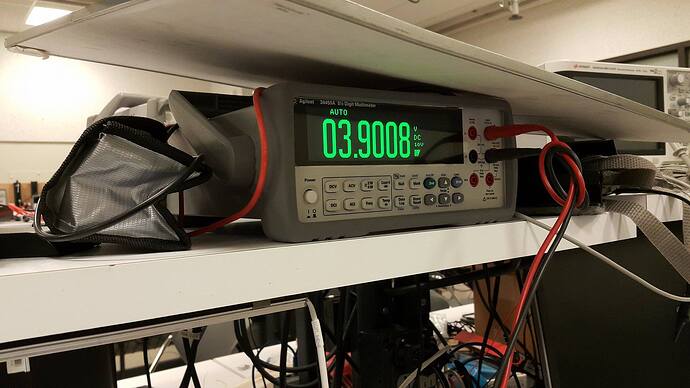 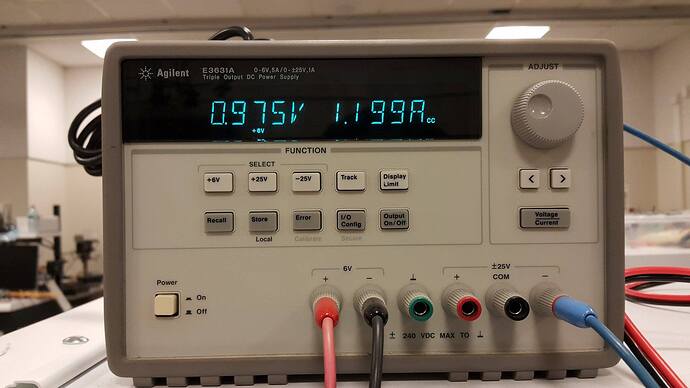 Did you try testing the output of the regulator using a lower input voltage like 4V? The ground pin on that regulator does not appear to be fully soldered to the ground pad on the board (the pad is not fully wetted). Could you try retouching that connection with your soldering iron? The “Common Problems” section of the “Adafruit Guide to Excellent Soldering” discusses how to fix problems like that.

By the way, is looks like you have our U1V10F5 regulator, not the U1V11F5 you mentioned.

I cannot test lower input voltage on the regulator when i have 100 ohm resistor as the load. Because the converter’s input current reaches the current limit of 1.2A, the voltage I initially set to 5V comes down to 1V as shown in Figure 5. As for poor soldering job, I will try to fix and see what happens. Thank you for the suggestion. The part number has been edited.

I fixed the poor soldering job, but it gives me the same exact problem.
Is there a way for you to test the same product with the same setup and see what happens for yourself?
Because a) I want to see how you set things up, b) I want to know if BOTH converters are defective.

if b) is the case, is there a way for me to get new ones shipped to me? Or do i need to purchase another one?

I tested one of those U1V10F5 regulators with a 100ohm resistor here and was able to get a similar result by current limiting my supply, though I had to use a somewhat lower limit of about 600-800mA to get it to reliably happen. When that regulator starts it draws a quick burst of current, and if the power supply limits that, the regulator never gets a chance to fully turn on. Here is a scope capture of the input current of the regulator at turn on with a 100ohm load and 5V input: 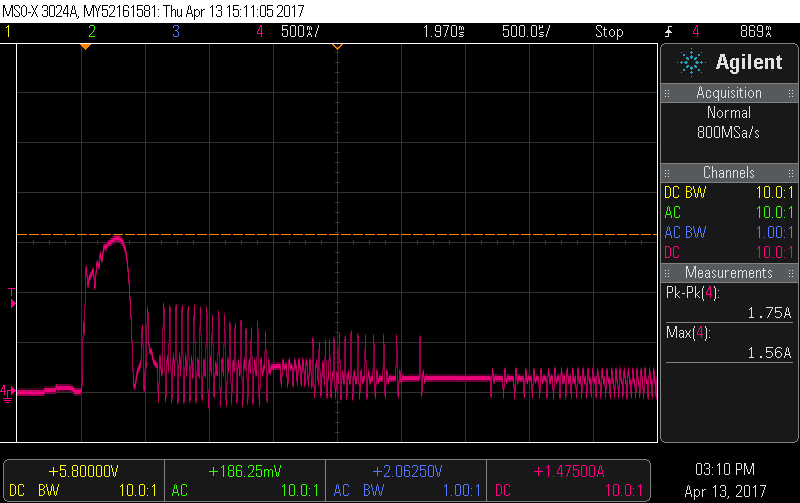 If you are able to increase the current limit of your supply to 2A, could you try that and see if it works? Could you also try a different power source like a battery?

Thank you, Claire. I can definitely change the current limit to 2A. But before I go ahead and do that,
I just want to make sure the input current rush will not damage the converter.

Also, I will ultimately connect this to 4 parallel 1F supercaps source and arduino as the load.
I don’t think anything will be damaged, but I just wanted to be careful.

The inrush current will not damage the regulator; that is just what it needs to get started. Inrush currents of some kind are common in lots of electronics, especially electronics with lots of capacitance, though this regulator seems to have a fairly high inrush.

I was able to get at least one of them working. Unfortunately, the other was damaged.
But as long as I have one working, it’s all good!

Thank you for your service and have a nice day!