This is my first attempt building a robot using parts ordered from Pololu which arrived on my doorstep directly from Las Vegas in less than 3 days by Fedex.

The construction is really simple, made of widely available materials, requires minimum soldering and no special tools needed.

I found that prototyping PCB is cheap and sturdy enough as robot’s body, and it’s pretty easy to cut just using board cutter. 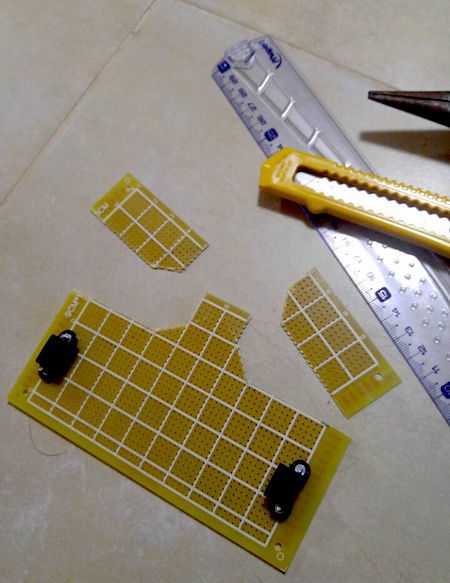 Motor brackets are bolted directly to the PCB. 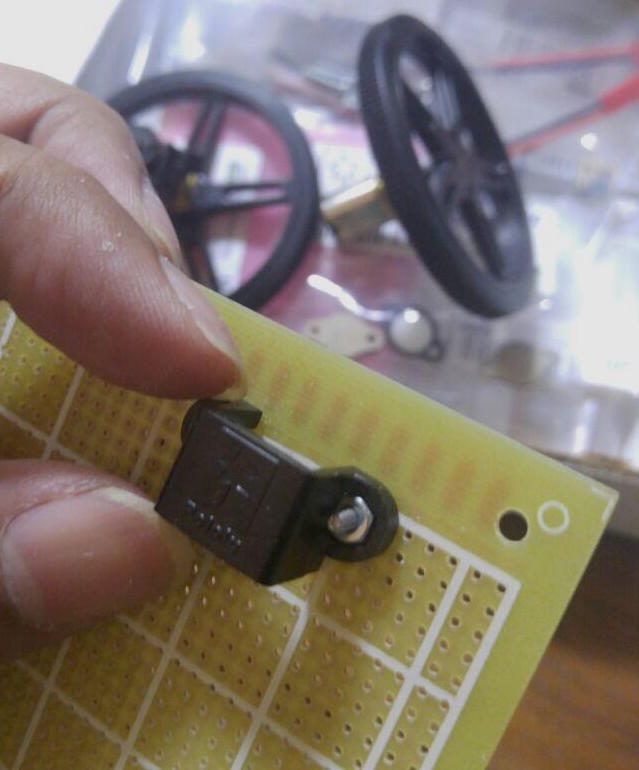 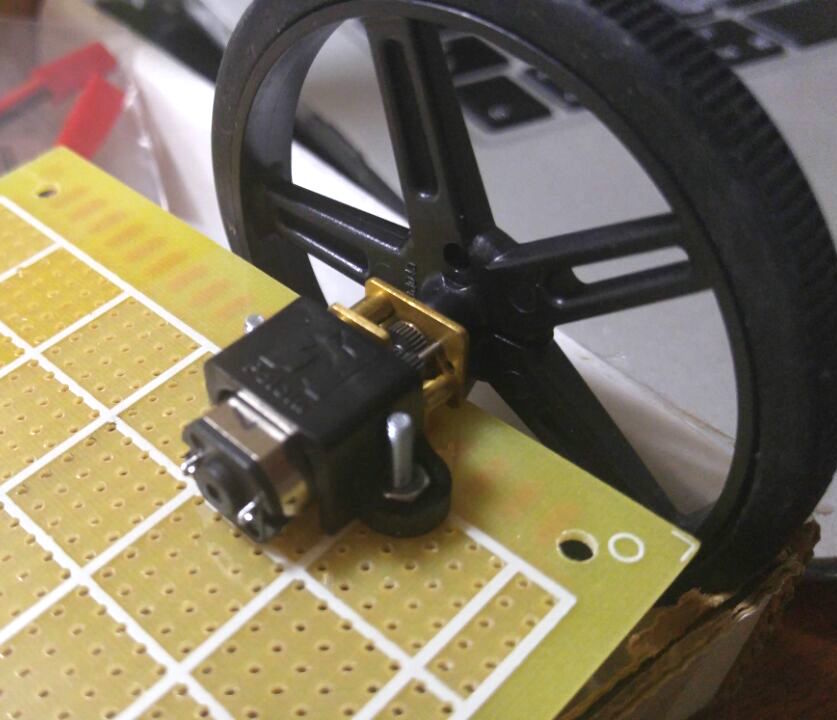 The classic QTR-8RC IR reflectance sensors array is attached to a prototype PCB via 10-pin headers (8 sensors, Vcc and Ground, I omitted the IR-emitter pin). 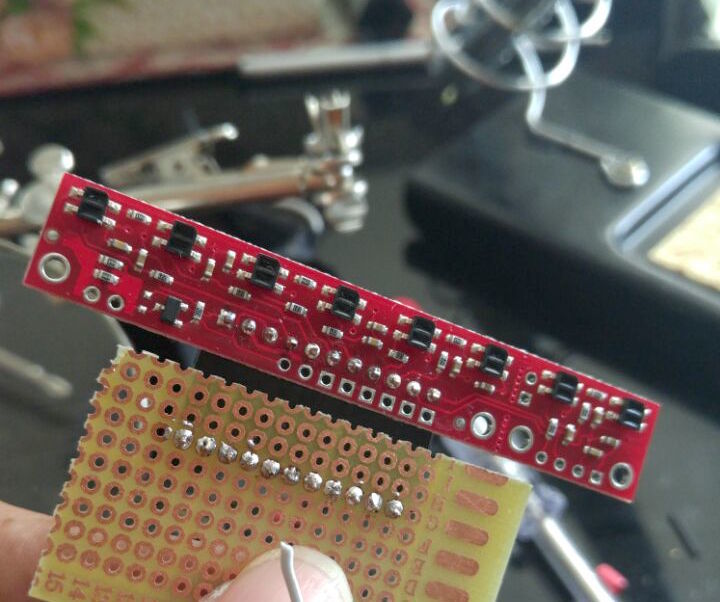 The sensors are connected to Arduino microcontroller via ribbon cable. I know my soldering skill is not good but it works 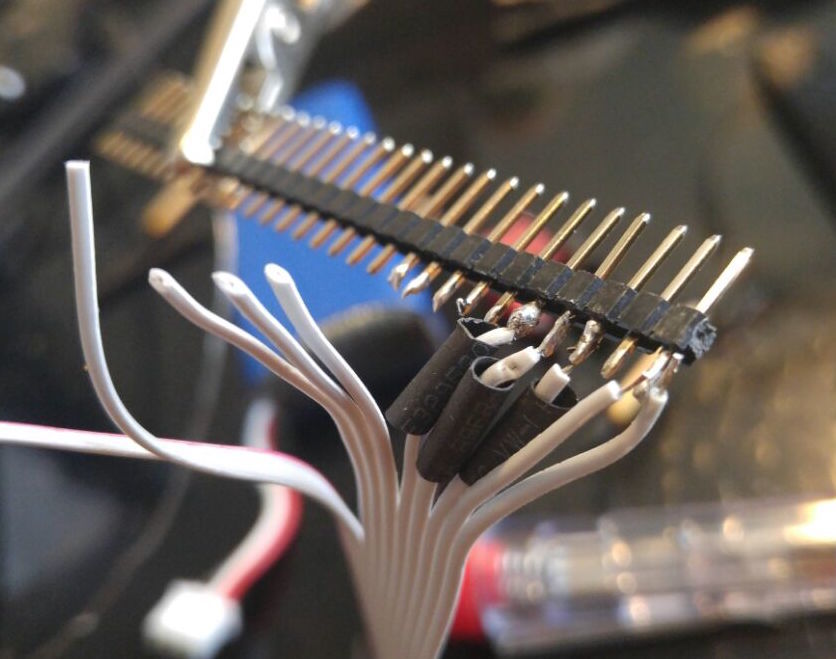 Pololu’s DRV8835 Dual Motor Driver Carrier is small and has simple connectivity: for each motor only need 1 digital output for direction and 1 digital PWM output for motor speed. It’s good enough to feed two LP motors without any problem. 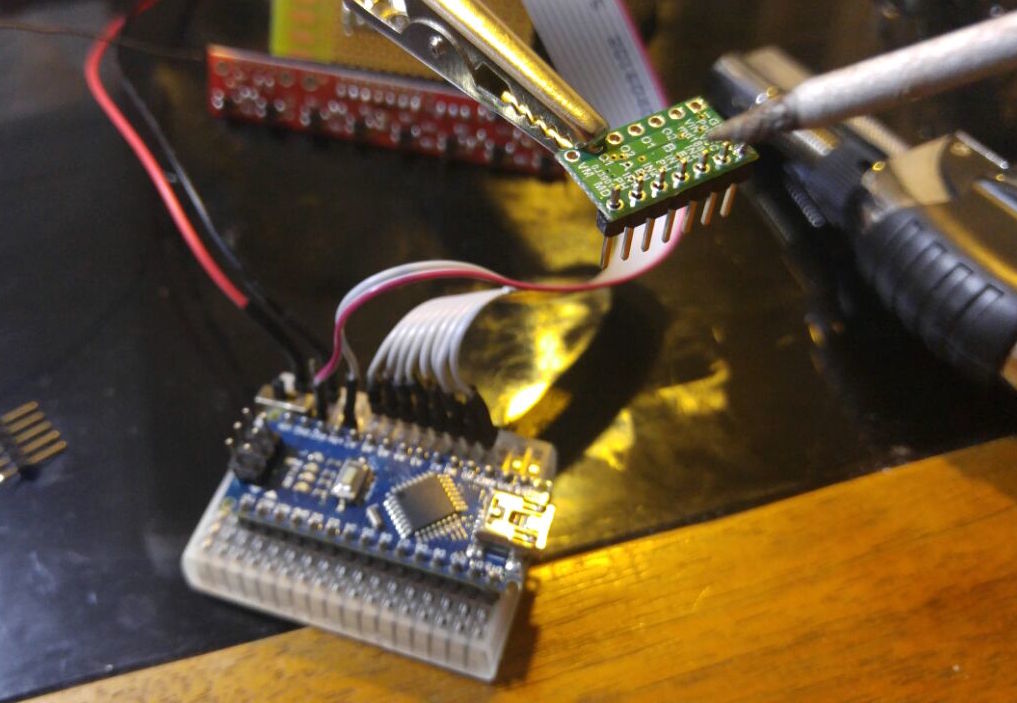 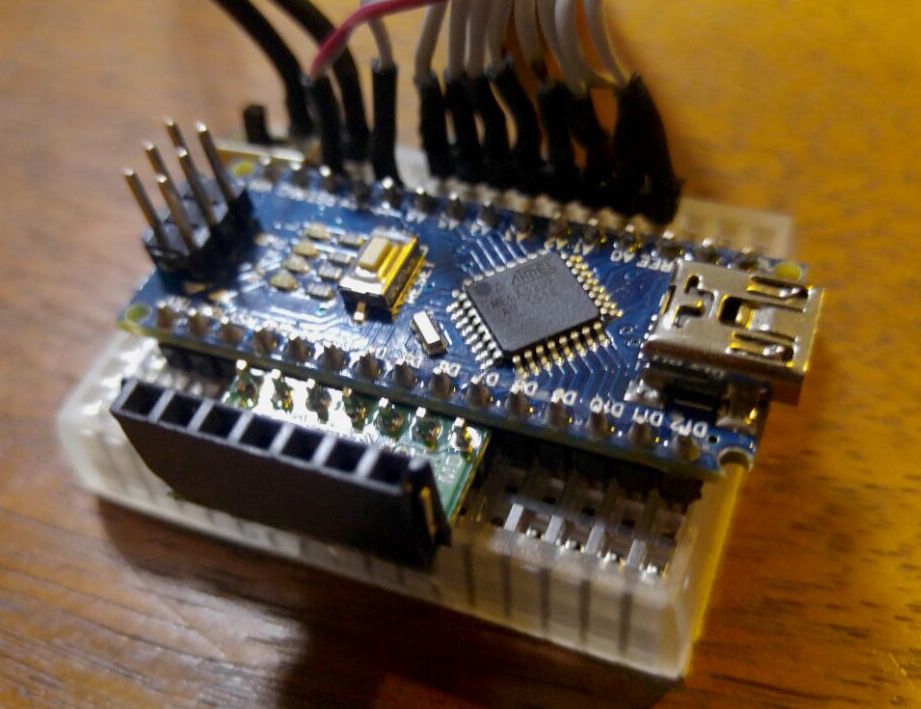 Motors are connected directly to DRV8835 via small breadboard jumper cable, which should be fine since the LP motors draw relatively small current. 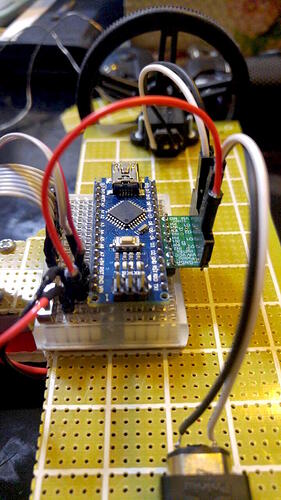 7 - The chassis is extended using 1mm thickness foam board (those to put posters, available at stationary shops or supermarkets). The 3/8" caster ball is mounted close to the sensor. 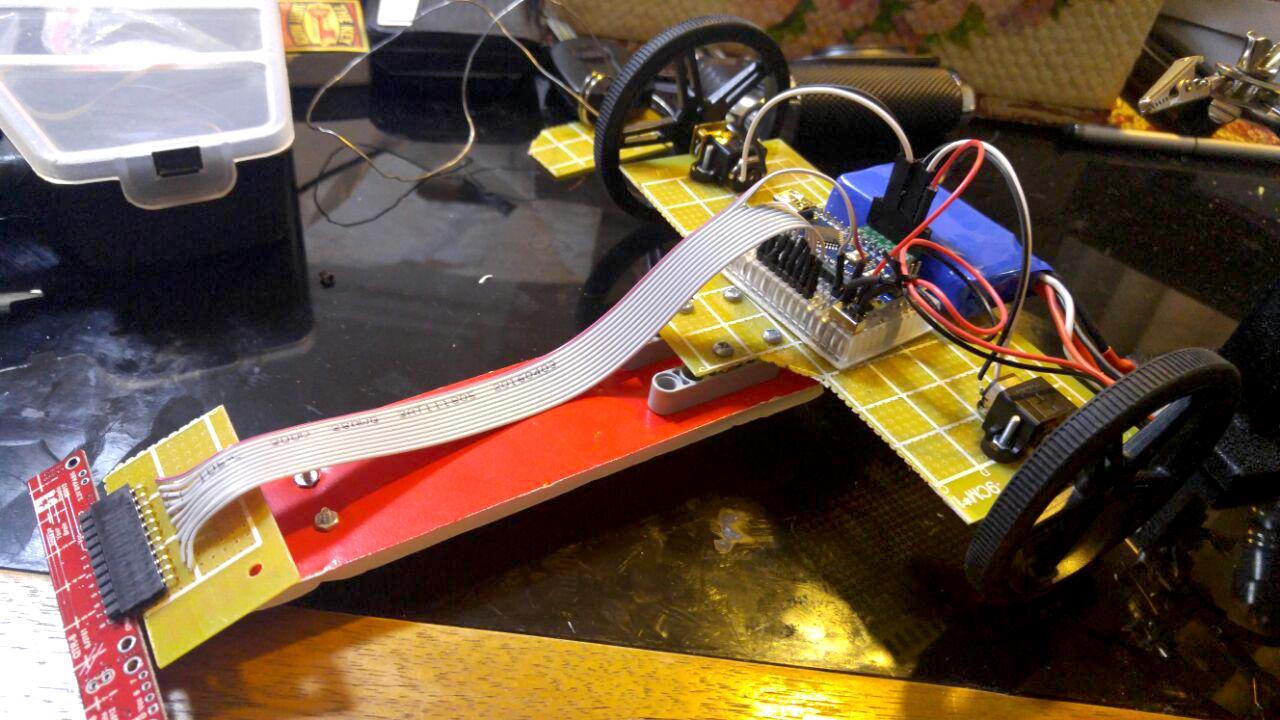 After putting 1400mAh LiPo battery, the overall weight of the robot is just 177 grams. 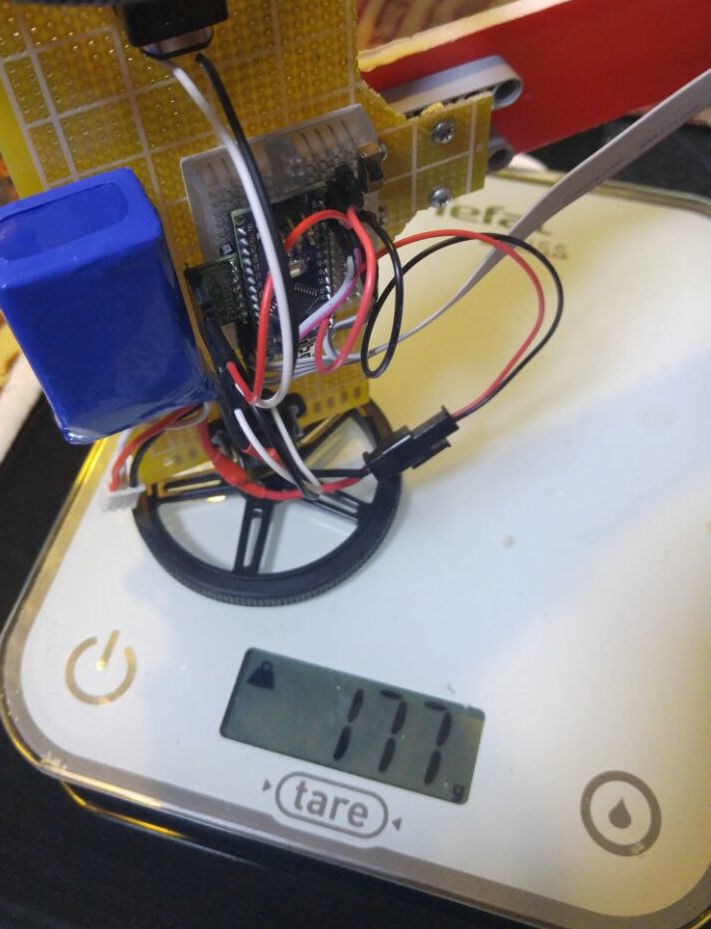 I just use the codes from QTR-8RC Arduino Library available here as the base to run this robot, so I am not going to go deeper on it. 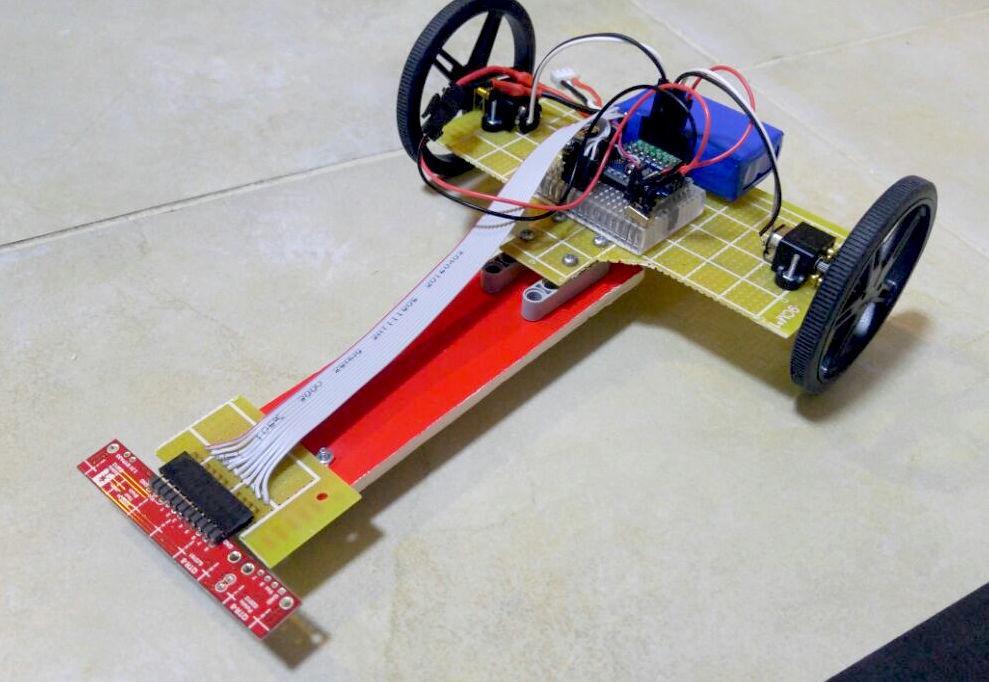 Based on my test on black over white surface track with minimum PID tuning, the speed reached 1.2m/s. As seen on the following video the track was poorly made directly on the floor and it has two right angles.

On a proper track and without right angles (only curves), it probably will perform much better.

Hope this simple robot can inspire you and prove that making robot can be fun and easy.

And the parts that I already have:

Thank you for sharing your build! If you get a chance, I am sure our other forum members would love to see a video of your line follower in action.

By the way, I noticed the bracket on the motor that is shown in step 3 is not in the intended position. You can see how that bracket should look in the following picture: 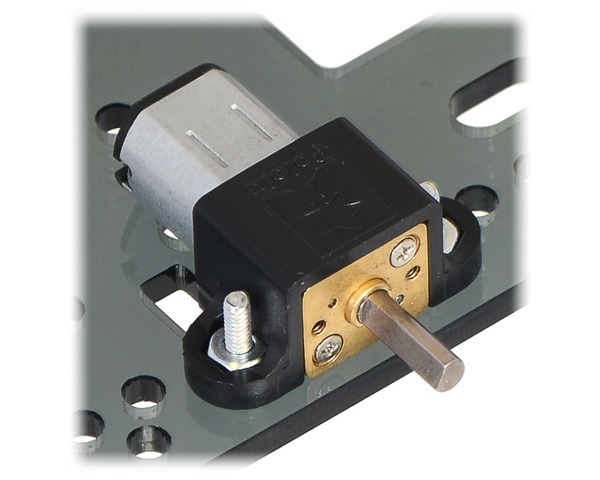 We would expect it to hold even better in that position, but of course that would probably mean drilling new holes to move the bracket closer to the edge of your board.

Thank you Derrill for the suggestion, yes I realize that and will do it on my next project.

I’m not sure how to embed the video in the post, so I just made a link to that YouTube video in my original post. Any clue?

Wow, you make it look really simple. Keep up!

Thank you for adding that video link! In the future, you can just put the link to your YouTube video directly in your post on its own line without making a hyper link and it will be embedded automatically. I have edited your post to do this, so you can edit your post to see how that link looks.

Keep up the good work!