Regulators on MinIMU-9 v2 and v3

In our project, we are planning to use IMU and for this purpose we tried to use MinIMU-9 v2, which is already in our lab. We used Arduino to use this sensor. However, in our trials some cables detached from Arduino and when trying to attach them to Arduino we (actually it was me) placed the Vin pin wrong. At first it works well but then a black smoke started to come out from sensor so we immediately turn off the power but sensor was already damaged. Then we bought MinIMU-9 v3 to continue our project. But we weren’t aware of the wrong installation of the cables so Vin was still on the wrong port of Arduino (which is Arduino’s Vin port) so we burned the new sensor. And then we realized our huge and stupid mistake. But it was too late. Now I wonder if it is possible to change the damaged part of the sensor because when we investigate the sensor after burning, we realized that similar parts were damaged (I think they are 3.3 V LDO regulators, I’m putting the images showing the damaged part with red circle). Other parts of the sensor seem OK. So is it possible to change this component? If it is possible where can I find the suitable component?

P.S.: I am sorry, in advance, about possible grammatical errors since I am not native in English. 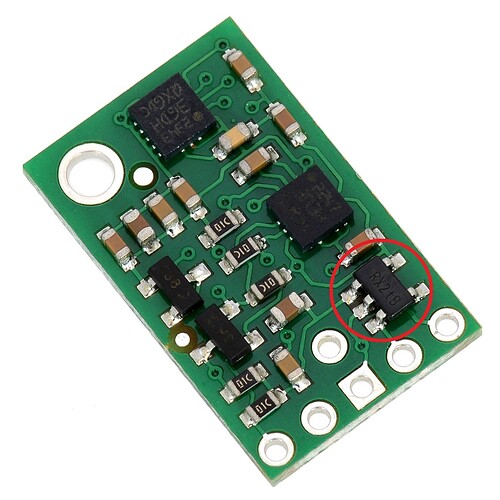 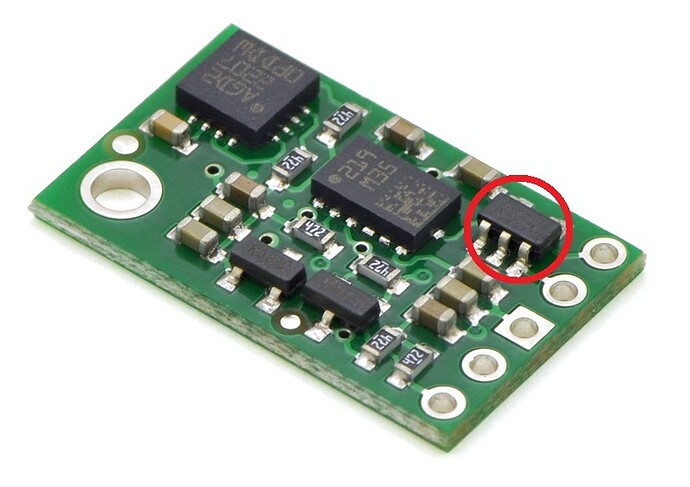 I am sorry to hear about your MinIMUs. The components you circled are just common 3.3V LDOs in 5-pin SOT-23 packages (which you can find from places like DigiKey or Mouser), so most regulators that have the same pinout should work in that circuit. However, it is possible other components were damaged on those boards, so simply replacing the regulators might not necessarily fix them.