I bought one of these for the zumo and it worked great for 2 weeks and now doesn’t light up (the led’s on the ends of it) and doesn’t appear to work anymore. Any ideas?

With the LEDON shorting block removed and the sensor array powered, could you try shorting the two pads of the MOSFET that are circled (in red) in the picture I attached below? When you short across them, do the red LEDs turn on? If not, could you post close-up pictures showing both sides of the board? 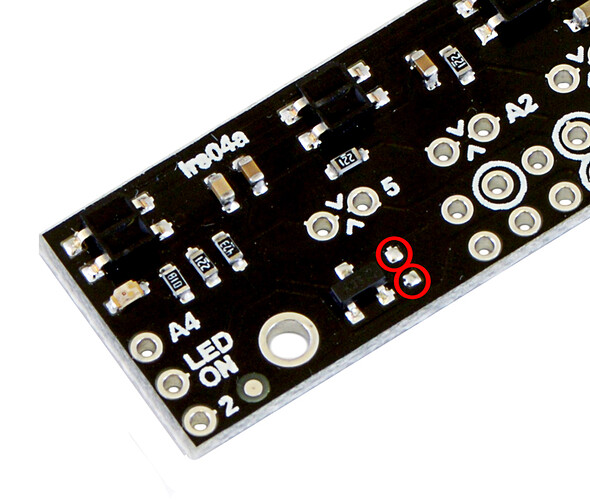 shorting those pins with the power on did not cause the red led to light. see attached pics. 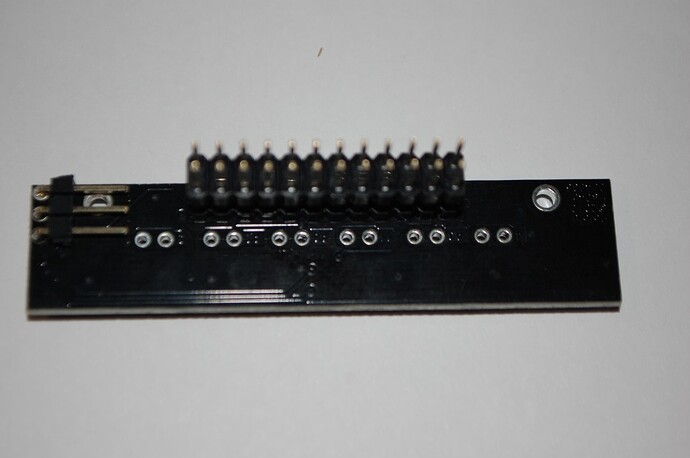 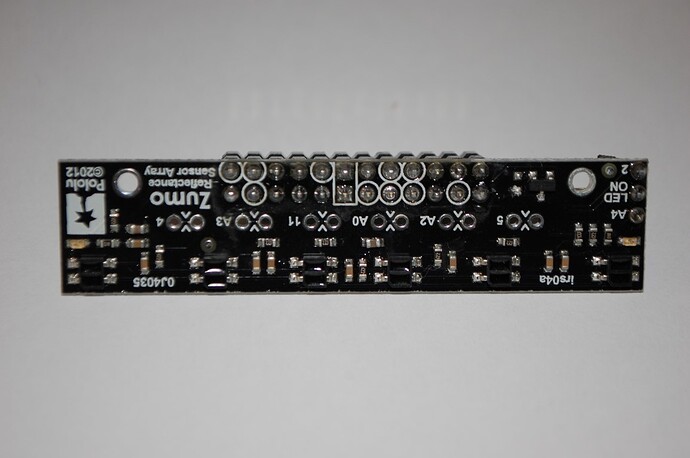 I do not see anything obviously wrong or damaged in your pictures. What were you doing right before they stopped working? Did anything in your setup change since around the time that your reflectance sensor array stopped working?

actually i think i made a mistake in the earlier test. When shorting the pins, the lights do come on now. This is with the original demo program, line follow. What does that indicate?

If the board worked again when you connected the indicated pads together, the MOSFET is not functioning properly. You should be able to solder a wire across the two indicated pads to permanently short them together and get the reflectance sensor working again. However, you will lose the ability to turn the LEDs off, which is an optional feature that lets you limit the power consumption when the sensors are not in use.

ok thanks. Are you able to send the replacement mosfet part? I have the proper solder rework equipment to replace it.

You should be able to replace it with a generic N-channel MOSFET in an SOT-23 package, like a BSS138. Alternatively, if you send us an email referencing this post and including your order information, we might be able to send you a couple of replacement MOSFETs.