I was looking at your RC servo controllers, and being an ME - not an EE, I am curious as to whether or not your units accommodate or encompass potentiometer feedback for position control (maybe I missed something). I am toying with building a gearmotor driven winch to control the sails of an RC sailboat, but want something different from what I find on the market. The winch would need to have speed and position control to turn the drum up to perhaps 12 turns. I am thinking of using your #1576 gearmotor, but see that there are 0 in stock. When will more of these be available.

I am not with Pololu, but will try to answer your question. The RC servos have a built-in potentiometer which allows position control. The gear motors do not have potentiometers, but you can get encoders to give speed and somewhat accurate position indication. I suppose you could use a gear motor, encoder and microcontroller with motor control. You could take the output of the receiver (pulse that controls servo position) feed it into a digital input on the controller and convert the pulse width (corresponds to servo position) to a value to drive the speed. You could use another channel to set the direction.

I have built two RC sailboats, one used a servo to control the main and jib sheets. The main and jib are connected to each end of a strip of wood and the servo is connected mid-way on the strip. The jib and main move together and the stick position on the radio gives me an idea of the sail position. This is a small boat, about 2 foot long and used a strong servo.

The other sail boat was much larger, about 5 foot long. For this I used a winch which had a similar jib/main configuration as the smaller boat. A small servo controlled a switch which allowed the winch to rotate in both directions and also stop. The boat was large enough that did not need the radio stick’s position to indicate the sail position. The winch has built in limit switches so you could not drive it passed the allowed min/max position.

Mike,
Thanks for your response. I like your innovativeness!
Since the boat is used for racing, the winch must be capable of full sheet travel of about 16 inches within 3.5 seconds and handling a load of about 15 lbf max. This is accomplished by one of the winches on the market, but the price is over $300. I am trying to do the same thing, but with significantly reduced cost, while keeping the weight down to under 6 ounces.
Your idea about the encoder is a good one, and I have thought about it too. It might be the best solution. I am trying to keep costs down, and others have done fairly well by using some of the inexpensive big servos on the market. Instead of an output shaft arm, one installs a winch drum, but the <180 deg rotational limit has to be overcome. Typically, folks will remove the servo pot and replace it with a higher capacity (resistance) pot, or gear driven multi-turn pot, to extend the rotational limits of the servo output shaft. Sometimes an additional resistor is added to each variable leg of the pot to do the same thing. Commonly, one can increase the servo shaft rotation to maybe 5 or 6 turns, stop to stop, by using this method. If the moment arm of the drum is perfect, then the sails can be sheeted from full out to full in within acceptable time limits without overheating the motor. The drawbacks generally are few, but among them are slow output shaft speed and reduced motor life.
I envision using a 6V gearmotor - self contained and relatively inexpensive, and adding the circuit board from an existing large cheap servo. If the dream materializes, a multi-turn pot with appropriate range would be gear driven off of the gearmotor output shaft, such that the shaft rotational limits are correct. The remaining issue seems to involve the output power capacity of the circuit board. Could this be increased, if necessary, by substituting higher power output transistors? If not, what could be done to maintain reliability? Or am I really out in left field?

Have you considered this…

You can disconnect the pot and substitute a resistor that equals the pot value when the servo is at center corresponding to the stick being centered. Also remove the stops so the servo can rotate like a regular motor. The direction is controlled by the stick position. Left of center makes it rotate one way and right makes it rotate the other. Speed is controlled by how far from center you move the stick.

There is a nice right up on this site by Jan: pololu.com/blog/24/continuou … urn-servos

Here are some photos of my boats: 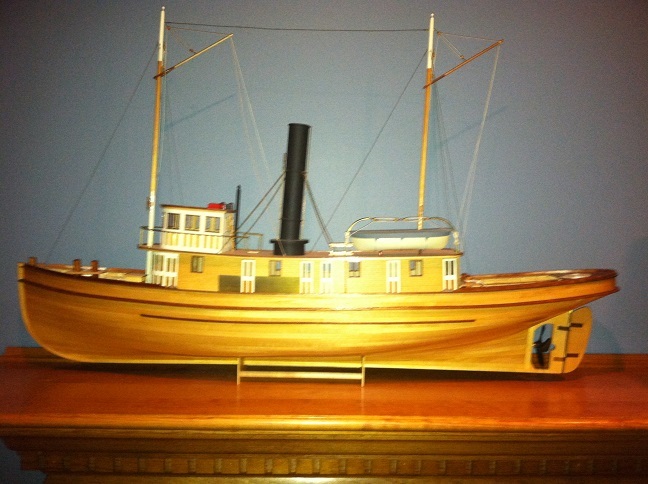 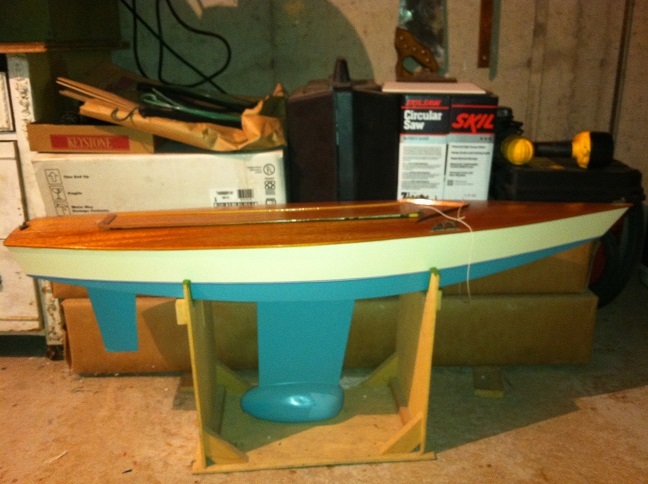 Here is another idea: pololu.com/catalog/product/1373

This will control a motor via the RC receiver, cost $32.

If you need to controll a larger motor you can pick the appropriate controller from here: