Hello, I have a D36V28F3 on my PCB that works most of the time (outputting 3.3V) except for these pulses that occur every 3 to 6 seconds (it’s hard to estimate the exact frequency) which last around 1 millisecond and where the output voltage can fluctuates between 2.9V and 3.8V. 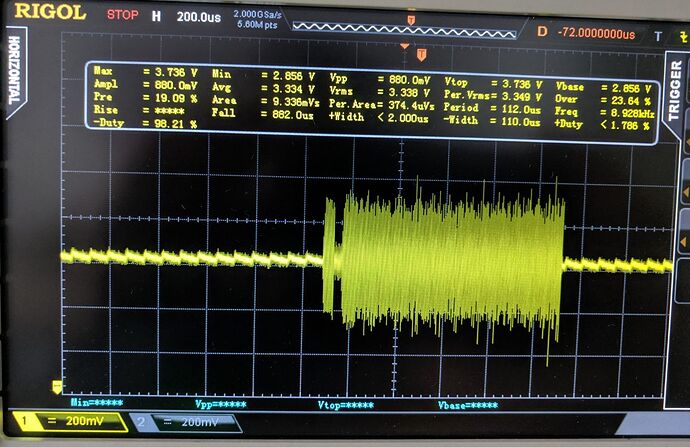 I have attached the schematic of the PCB below to get an idea of the circuit where the regulator is being used. The input of the D36V28F3 is connected directly to a high discharge, 3 cell, 11.1V LiPo battery, so getting enough current should not be a problem. 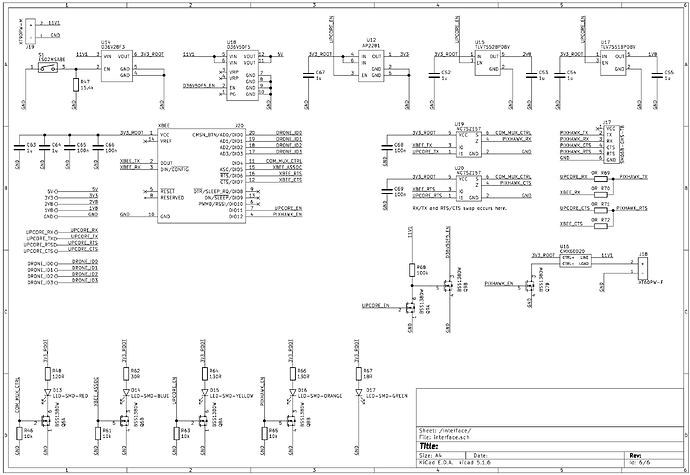 From looking at other posts, poor solder points are often suggested as a problem, so I have included a photograph of the module with its header attached. 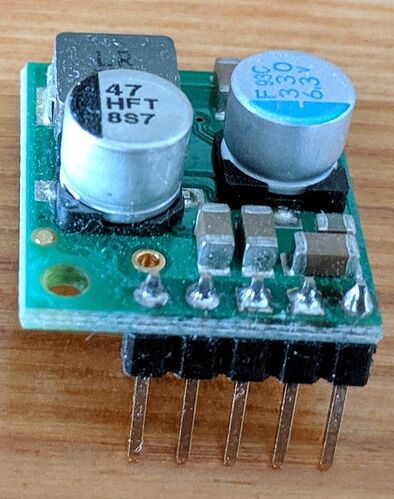 So I made a slight noobie mistake and forgot to calibrate my scope. The issue still exists, although it is more subtle with 1 ms pulses of noise between 3.1V and 3.4V (with Xbee and 5V regulator attached).

It looks like you might have components that are being powered from your regulator other than the Xbee you removed and the ones you mentioned being disabled. Could you test your regulator separate from your PCB setup with no load attached to see if you get the same behavior? Can you also try using your scope to monitor the power supply?

It’s difficult to get to the lab these days but I will able to do some testing tomorrow. Can you suggest some other things that I can look for/do apart from a no-load test? I think I remember taking measurements before and seeing that these spikes either disappeared or were a lot smaller once the Xbee was removed from the circuit…

Also, These regulators seem incredibly sensitive, I have several of them that appear to have completely stopped working…

Can you tell me how many of your regulators have failed and how they have failed (e.g. do they no longer have any output)? Did they all fail in this same setup, or were they in separate similar setups?

Looking at your regulator with different loads is probably the most useful thing you can do. The noise issues could also be caused by the exact layout of your board, but it would be hard to tell for sure if that is the case. Since you determined that the range of the noise is about 3.1V to 3.4V, is that actually causing problems with any of the other electronics in your setup?