Thought I’d update my progress with a side project, controlling a Pan, Tilt and Zoom (PTZ) dome camera using a Mini Maestro 24.

The Maestro is looking at 5 different pots on an old X-Box joystick and some buttons then converts this to a speed and direction value to be sent directly to the camera. The data is sent from the serial output of the Maestro after it is first converted to the Pelco-D protocol that the camera understands. The Maestro has no problems controlling the Pan, Tilt and Zoom of the camera simultaneously (Updating the camera around 5 times a second with commands). Also while displaying text on an LCD Display.

The camera requires an RS485 input, whereas the Maestro has an RS232 output. The difference between them as I believe it is that RS485 has an inverting output to counteract capacitance and interference over greater distances; therefor I had to convert RS232 to RS485. I could have used a MAX485 chip to do this, but I opted for two TTL logic inverters, one to invert the RS232 and the other on it’s output to re-invert so I had an RS485 buffered output (I did not want to drive the camera directly from the Maestros serial out).

Also there are two video outputs from the LCD box that switches over the video output to another Tv while the camera is set up during initial start-up. The camera setup and switching are both done by the Maestro, so it’s a bit busy from start to finish. The relay is controlled by a logic level from the Maestro via a Darlington pair chip.

I had to mount the Maestro in the joystick for direct connection.

Ah yeah, the camera is upside down as I wanted to show it working on the table, it normally sits on a mast. 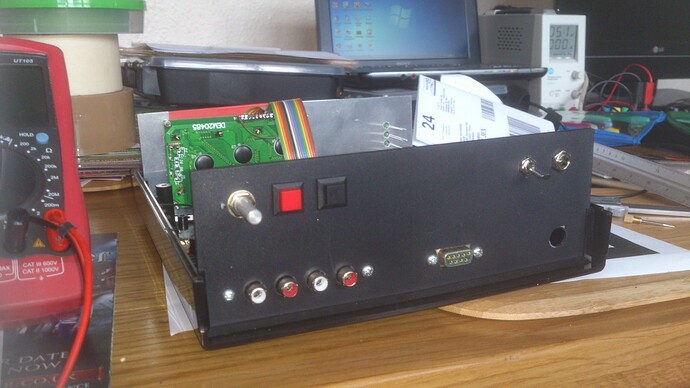 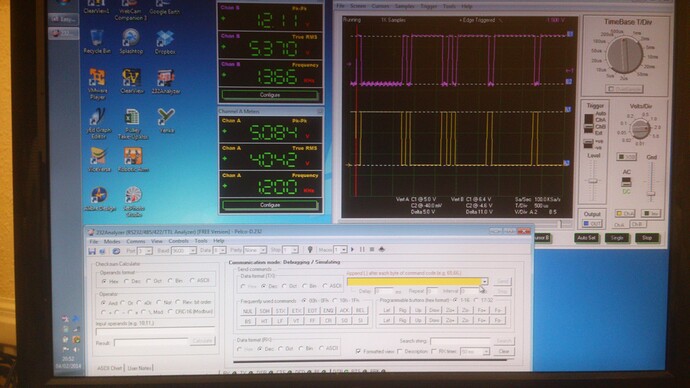 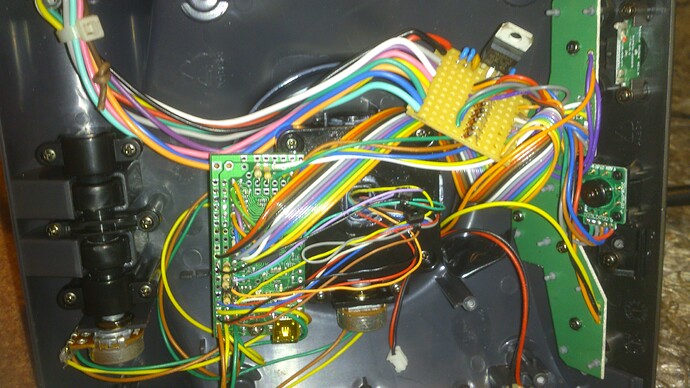 Thank you for sharing your project. I love that it is based on a Maestro! We are planning on adding it to our blog as one of our Community Projects.