PIR SE-10 does not work reliably

I posted this at adafruit.com forums, it was suggested that I repost the question here.

I have been working with the PIR SE-10 and an Arduino Uno to implement the project at “http://bildr.org/2011/06/pir_arduino/”.
I have not been able to get the PIR to work reliably using the 5V pin. However, I tried the Vin pin and the SE-10 works fine.
This is weird… by simply changing the power from the 5V pin to the Vin pin, the SE-10 works. I have not changed anything on the SE-10 as I am not sure what to change. Has “anybody” reliably resolved this issue? I have attached two photos: the one with the white wire connected to Vin works. 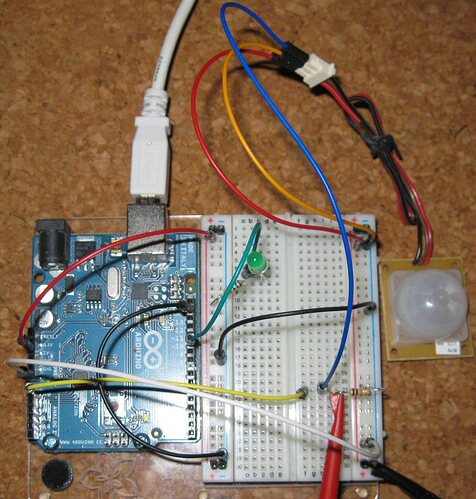 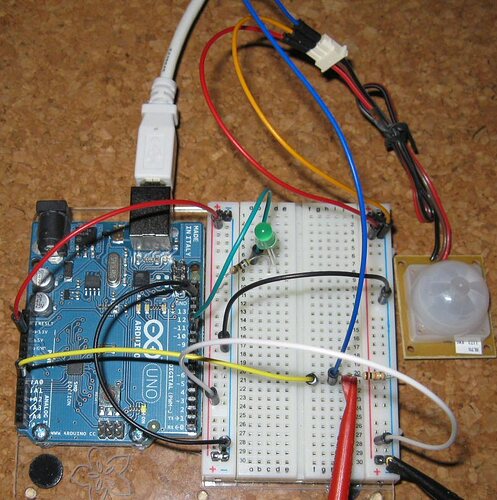 The PIR SE-10 has a 5 V regulator on its voltage input, and it seems that providing a 5 V input causes the output of that regulator to drop below 5 volts, leading to unreliable behavior. If you really want to run the sensor off 5 V directly, I believe you can bypass the regulator with a wire (although I am not sure offhand where the connection needs to be made on the board).