Hello,
I guess i need a little guidance to complete my balboa project. 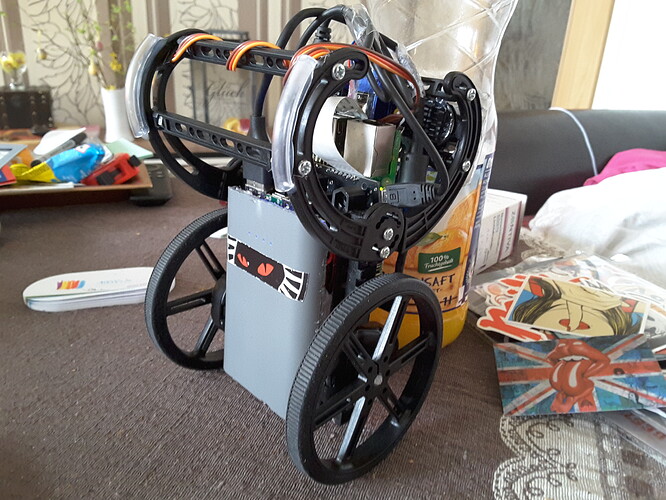 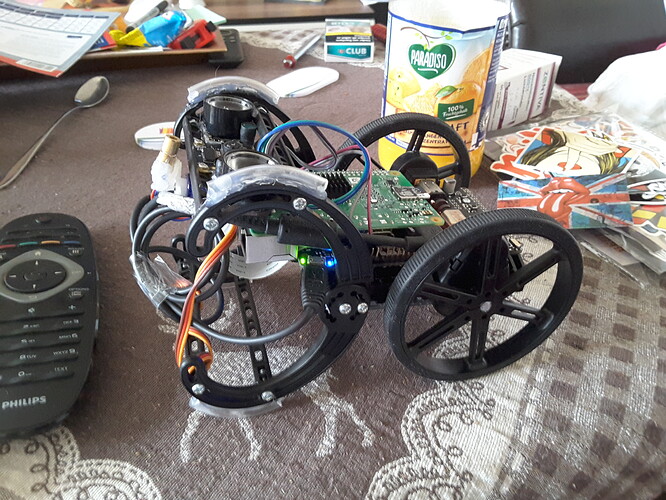 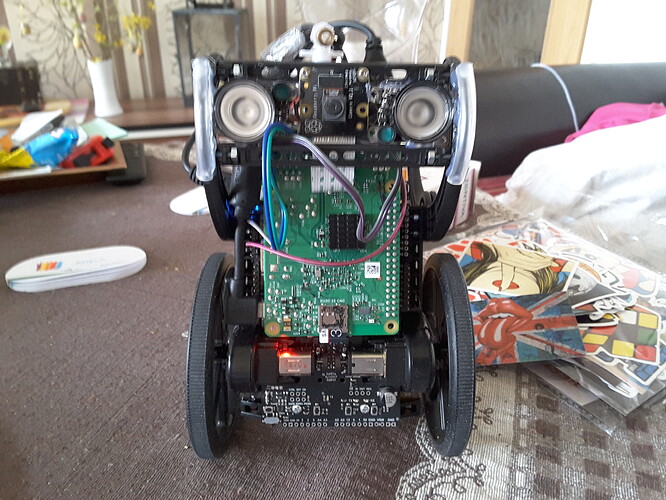 It’s a Balboa on 90mm wheels with 45:21 gear ratio and a 50:1 motor.
I managed to install the BalboaRPiSlaveDemo.ino on the Balboa and
git cloned the balboa branch of pololu-rpi-slave-arduino-library on the raspberry.
It seems everything works like it should… server is running correctly… and demoscripts
are working as they should.
Only thing that is not working is the setup of my balance.py.
Ive tryed the calibrate button via webbrowser… but i guess thats nonsense without the correct
ballancing values in the python script… it also seems that my balboa is “too heavy loaded” to stand up alone.
Im planning to solve that with a little micro servo that supports the balboa whith pushing him upwards.
… but before that the robot needs to balance.
i would be very thankful for any help with my configuration.

That is an interesting build of the Balboa; thanks for the pictures. There are tips for adjusting the ANGLE_RATE_RATIO variable at the end of our sketch for the Arduino version of the Balancer example:

You might just load that Arduino sketch onto your Balboa to get a good ANGLE_RATE_RATIO and then reload the slave code on it and use the value in your python code.

You will probably need to adjust some of the other variables in the balance.py file as well. There are comments in the file that discuss how those variables can be tuned.