Is there anything wrong for Arduino IDE 1307 code example?

Recently, I tried to run Arduino IDE example code 1307. But I found a problem here. Is there anything wrong in this code? Because it can not be passed. 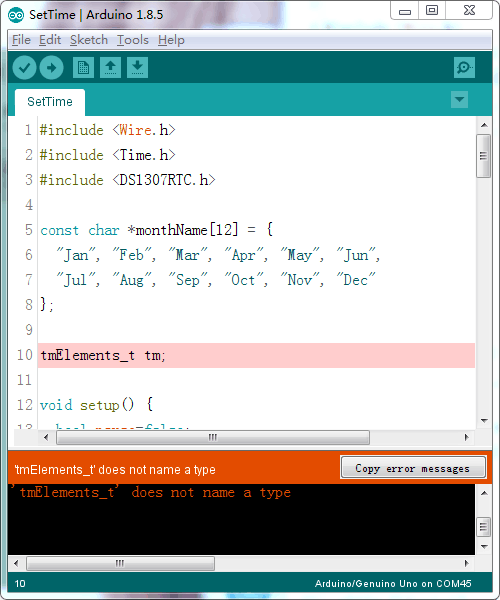 I moved your thread to the “Software and microcontrollers” part of our “Robotics and electronics discussion” forum, which seemed more appropriate. Also, in the future, please post your code as text (that is properly formatted by putting three backticks (```) before and after a code block) instead of screenshots.

We did not write the DS1307RTC library or the example code you are trying to compile, but the error message indicates that tmElements_t is not defined, which is most likely due to a missing library. You should verify that you have and are using the correct libraries to run that example code. You might consider posting on the Arduino Forum so that your question can reach a larger community or doing an Internet search to see if others have encountered the same issue.