How to use front expansion for general i/o pins

Hey everyone I’m somewhat new to robotics and got myself a original zumo shield for arduino uno/ chassis. It works great and looks very cool. I’m looking to add an IR receiver so I can control is with a simple IR remote I have laying around and am having some trouble.

I’ve soldered 3 male headers to the front of the shield in the “5” “5v” “GND” holes. I’m using the same code from an existing robot that used this exact IR receiver and remote.

When I run the code it’s supposed to simply detect the IR frequencies and display them to the serial monitor. The code/IR receiver/remote works great on my other arduino uno and displays the frequencies. However, with the Zumo shield I get no response from the IR receiver?

What is the proper way to use the leftover pins for digital i/o and analog from the arduino uno?

Thanks in advance, this has been killin me! 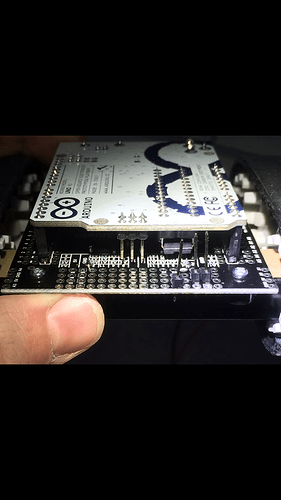 The header you have at the front of the board is a valid way to access Pin 5 on the Arduino UNO. There should be nothing else on the Zumo Shield that uses Pin 5, though there are a few other places where the pin is made available. Could you try removing the UNO from the Zumo Shield and running your current version of the code (with your IR receiver) by itself?

If you post pictures of any solder connections you have made, I can look for any that look like they might not make a good connection. There is an Adafruit guide to excellent soldering that has a section that does a good job of explaining good soldering technique and contains pictures that show many common soldering problems.

Thanks for writing back. I took the UNO off the Zumo and ran the code with the IR receiver/remote and a simple LED and everything works fine out of PIN 5. I must’ve made some sort of mistake soldering on the shield or something.

I’m going to attach a couple pictures of the shield that I had taken after I finished soldering it. I’m sorry in advance if it’s difficult to see. This was my first time soldering so these pictures may be embarrassing haha.

Thanks for the links you provided. I’m going to read through all of them now, they look great. From all the responses I read through on these Pololu forums I really have to say, you guys are great… I appreciate the help. 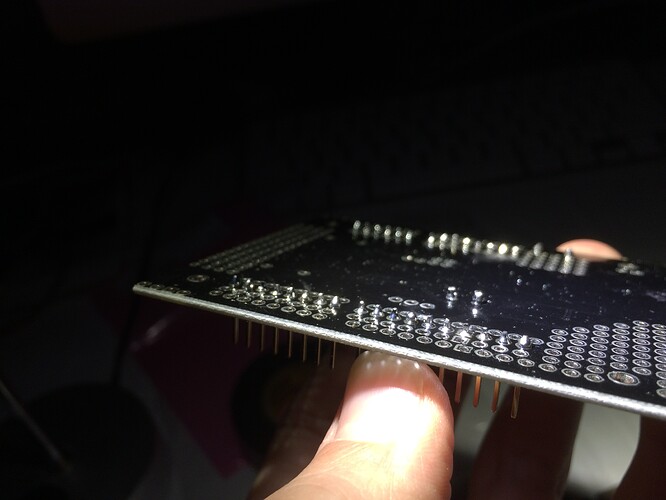 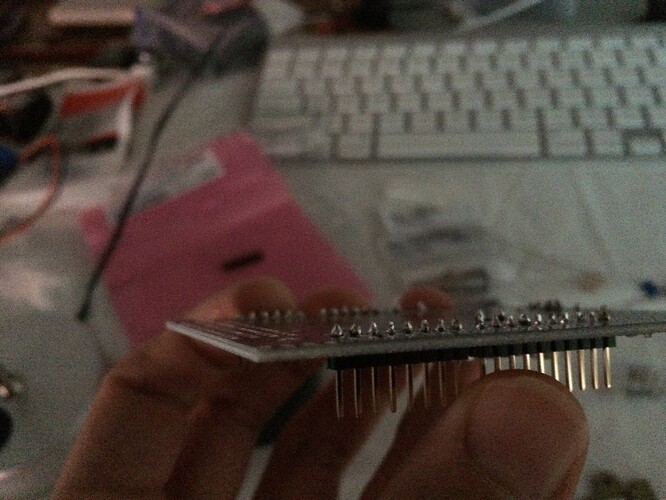 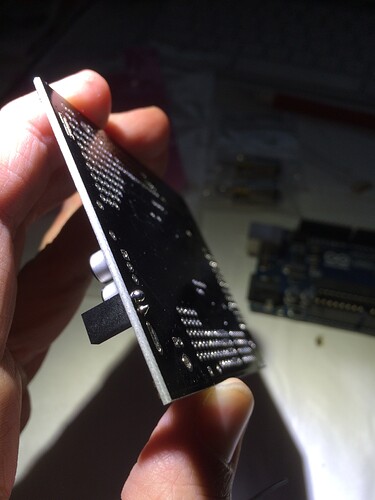 Thanks for the high resolution pictures. A lot of those joints look nice, but you definitely have some suspect joints that would benefit from being retouched. I think you should be able to identify those by comparing your joints to the common problem pictures in that link from the previous post.