How to connect series switches for motor to inputs on MCU?

I have a pump that is turned on and off by either a float switch in a water tank or a low voltage disconnect (LVD) on a solar charge controller. The two switches are in series. I would like my A-Star 32U4 Prime SV (Pololu item #: 3115) to know when either of these switches are opened or closed. How should I connect these switches to my input pins (ignoring any switch bounce)? Obviously I’d also like to prevent the MCU being fried by any back EMF from the motor or whatever but I don’t know enough about that to know if that will be an issue here. 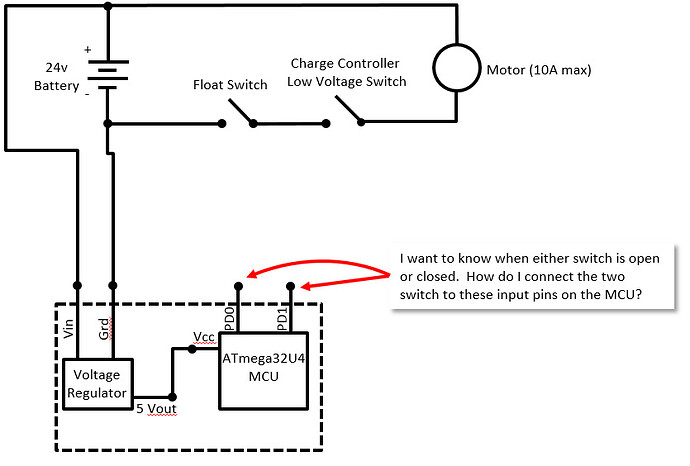 Would this work (see picture below)? 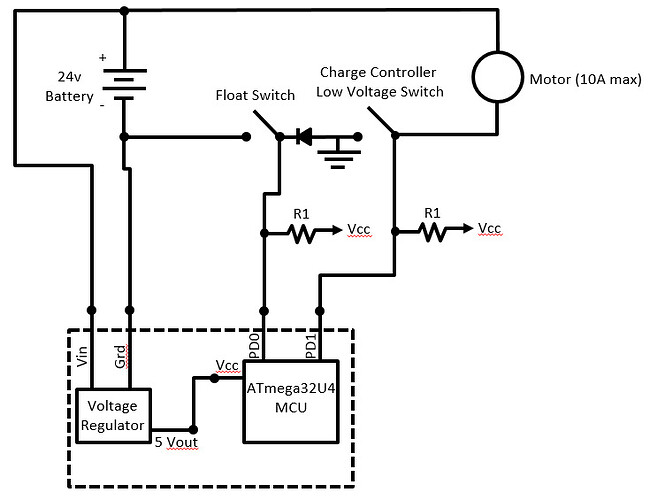 By the way, adding a flyback diode in parallel with your motor would be a good way to limit the impact of back EMF on the rest of your circuit

The 3rd option would be ideal but the existing system already has these switches installed. So I think I’ll try using transistors as suggested. Would the below circuit work? Or maybe there is an better/easier way? 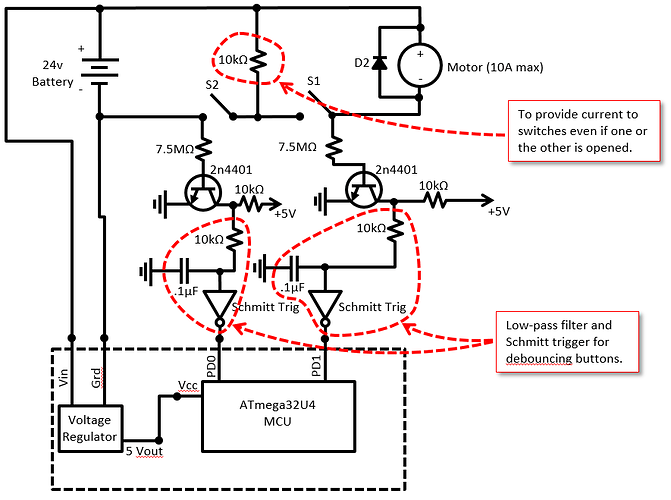 It looks like you might have accidentally drawn one of your transistors connected to the wrong side of S2, since where it is now it will always be connected to ground and always be off. Even with that fixed though, the new circuit you posted will not be able to tell you if S1 is open or closed when S2 is open.

There are a few other things to consider as well. The ATmega32U4 on the A-Star already has Schmitt triggers built into its I/O pins, so you probably do not need to add external ones. Also, you might need to experiment with the value of your base resistor. The 7.5M‎Ω resistor seems too large to fully turn on the transistors, but if you use too small a resistor it would create a current path for the motor through the transistors.

Sorry, I’m obviously a novice at this so thank you for your patience with my abundance of stupid questions. I’ve updated the schematic so S2 is on the correct side of the switch. I’ve also update where S1 is in the schematic, which better represent where it is in reality. I think all state would be captured this way. What do you think? 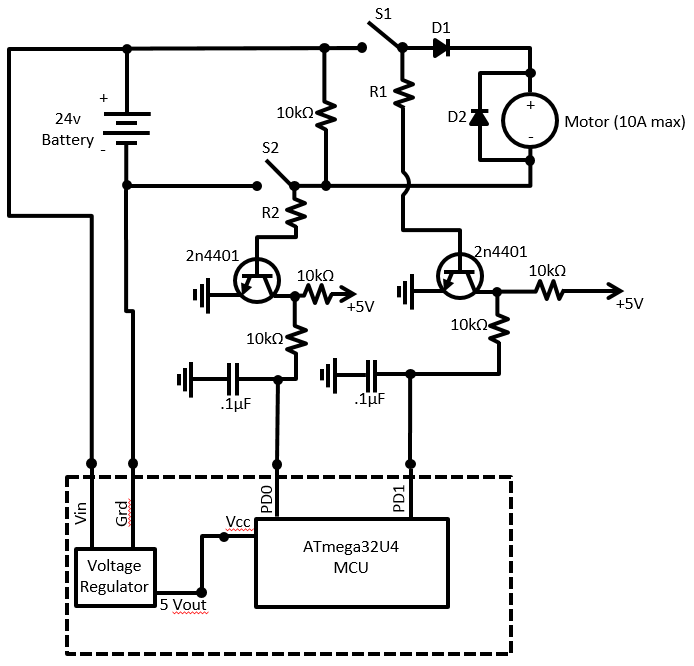 Then the minimum required base current would need to be

So the base resistor would need to be

This seems fishy to me. Is this correct?

Thanks for the input on the schmitt trigger.

Your new circuit is still not going to be able to tell you the state of S1 when S2 is open. As for your calculations for R1 and R2, they seem okay, but hFE can vary a lot, and the 9.3MΩ that you calculated is the maximum resistor size that could possibly work. I recommend using something a good amount lower like 100k.