Having issues with Maestro mini and arduino

Hello there everyone,
im looking to use my Arduino Nano to send UART Commands via Bluetooth the BT is a HC-05 module connected to the Tx/Rx lines and it does work im able to send values via BT terminal on my Android phone and if i have all servos connected to the Arduino “Mega” no servo driver just the Mega i can have my preset function actuate the servos with no problems, now i understand that i should be using a servo driver and this is where the maestro comes into play, it is a servo controller/driver so im unhooking the servos from my mega and attaching them to the maestro and instead of using the mega im now trying to use the nano and instead of using the Arduino Servo Library im looking to use the Maestro libraries to do what i was already doing with no issues on my Mega tho im not seeing this doing anything at all.

First of i like to ask if i can just keep using the Arduino Servo library with the maestro?

i see the pololu Maestro examples but im not seeing something that looks like what im used to using the arduino servo library and im aware of the Software-serial library and how i should be using pins 10,11 respectfully to read and write to this pins what i would be getting from the hardware Tx/Rx on the arduino sent from the BT module in my phone device.

so my current hook up is Arduino Serial Hardware pins to the hc-05 tx/rx pin like so (Arduino Tx to hc05 Rx and vise versa) and the arduino 10,11 to the maestro tx/rx just like the arduino to HC05 connection and of course everything that is a module is grounded to everyone BT ground to arduino and maestro ground to arduino, now this should be the actual way of doing proper communication

now as far as the maestro goes i have its power all independent via USB Powerbank so there is a red light blinking this usbbank power is attach to the Servo rail and in addition i also have the meastro usb port plugged in to the same powerbank so thats 2 usb pugs one is and usb connector and the one for the power rail is a DuPont servo lead breakout while the other end is usb to the powerbank this method gives me steady led on the maestro just like if i was in the Maestro Servo IDE where you would do the scripts and or sequence and where you would setup the UART 9600 leaving crc disable and saving it so the maestro knows it will be getting UART commands.

i like to say that my main thing is that if im in the pololu servo ide or command center once i find the controller im using and i activate the servos from the first tab all servo energize and i can slide the servos find but when i unplug from the usb port and want to run the arduino i dont get the servos to energize as in holding their position and ready for UART commands ill send a 1 via serial on the arduino terminal or BT terminal and nothing happens on my bipedal humanoid so im not sure why im not getting that same effect i get when i plug into the command center. 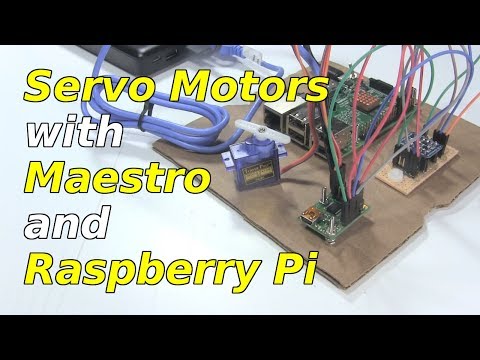 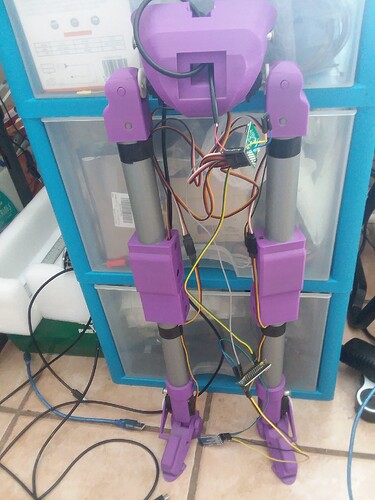 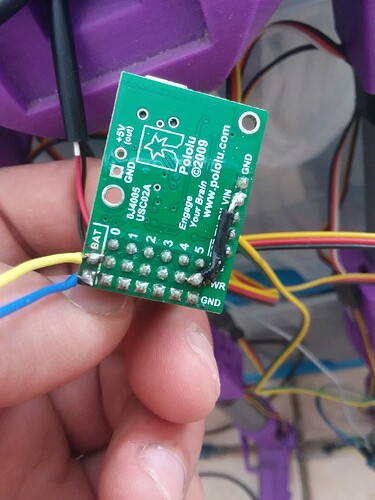 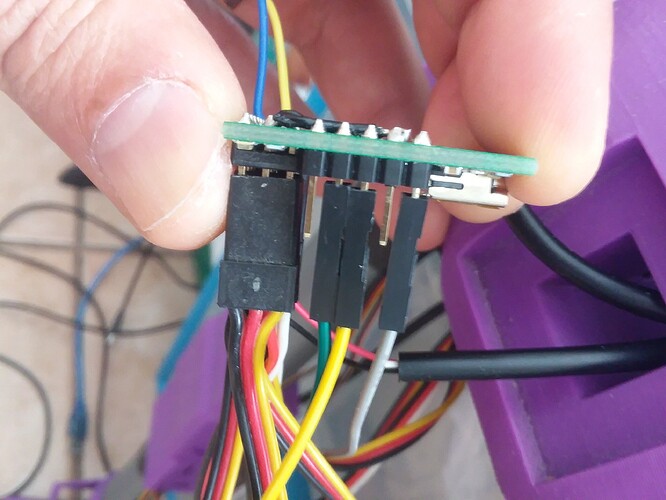 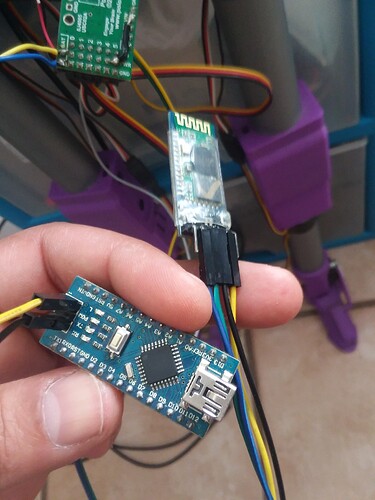 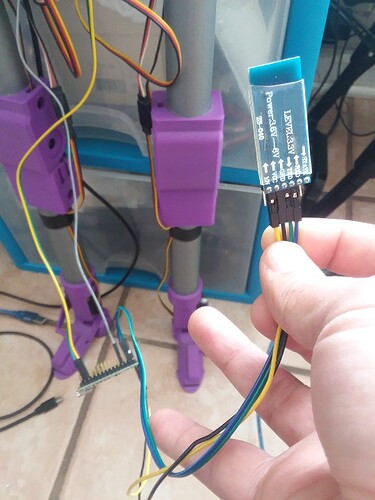 It is not clear how you intend to use the Arduino Servo library with the Maestro, but the servo library is for outputting RC servo signals, which the Maestro does not accept as inputs.

It sounds like there is a lot going on in your system, but your main issue seems to be getting the serial connection to work between the Arduino and the Maestro. I recommend removing everything else for now and just focusing on those two devices. For example, have you gotten the Basic.ino example from our Maestro Arduino Library to work with your Arduino Nano?

“the servo library is for outputting RC servo signals, which the Maestro does not accept as inputs.”

what does the Maestro work with? i thought this was a servo controller?

" have you gotten the Basic.ino example from our Maestro Arduino Library to work with your Arduino Nano?"

No because i guess i dont know how to use this board, can i send signals to this or not? is it going to do what i ask it to do from the arduino side ?i just want to write on the arduino and send it values over bluetooth and all i want is the maestro to send those servos there thats iall i dont care about the driver sending me anything back i want it to be a slave

You can communicate between the Arduino and Maestro using TTL serial signals (which is what our Arduino library uses, as you described with the Software Serial library using pins 10 and 11 in your first post).

As shown and described in the comments of the Basic.ino example, you can use our library to set the outputs of specific Maestro channels with the setTarget() function. I suggest getting the library working with the examples before trying to integrate it into your larger system.