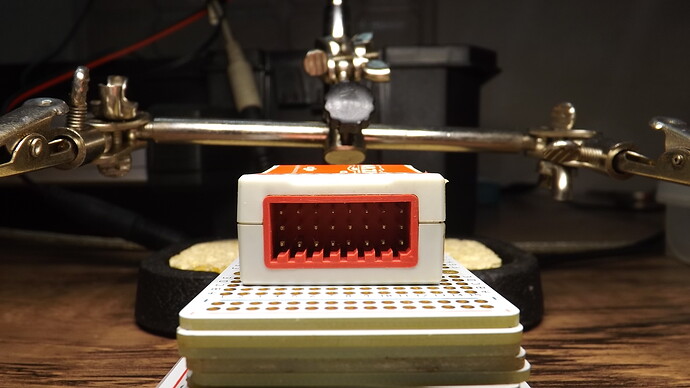 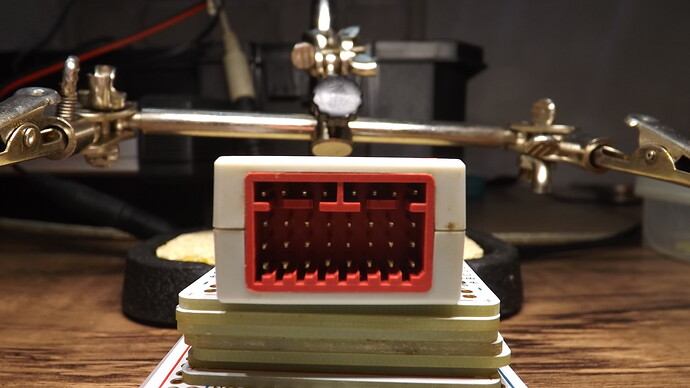 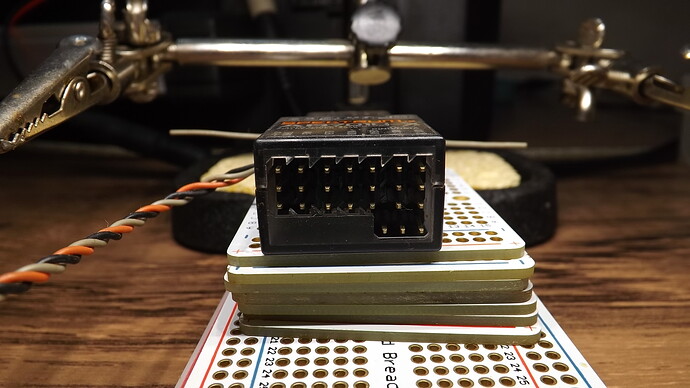 I need to know if the female headers part numbers 1658 and 1038 will fit on those header pins with out having to mod the housings on the NAZA or the receiver. If they do I have an order in the que to get them. If not will the single row female headers fit? I have the 7 and 8 pin versions sitting in the que also. But I’d rather just get what will work.

I will mod the cases for both if need be, but I’d really rather keep them to OEM specs.

I should have seen that. The 2 outer sets of pins are 01 as is the center 3 sets. In between the sets appears to be 02. Having opened the receiver case I verified that. The pins are mounted to a circuit board and that board to the main board. I don’t have any issues with Spektrum other than how they laid out those pins. (OK there’s my shameless plug)

I guess I could fab a breakout board with the pins spaced out accordingly. I’m really not looking forward to another board and a higher parts count. Fortunately the NAZA has equal pin spacing at 01.

Similar question:
What’s the pin length on the 3x8 female headers?
Do they plug into themselves?
Is there a 3x8 eqv of this
Stackable 0.100″ Female Header with Extra 0.3″ Spacer: 2x20-Pin, Straight 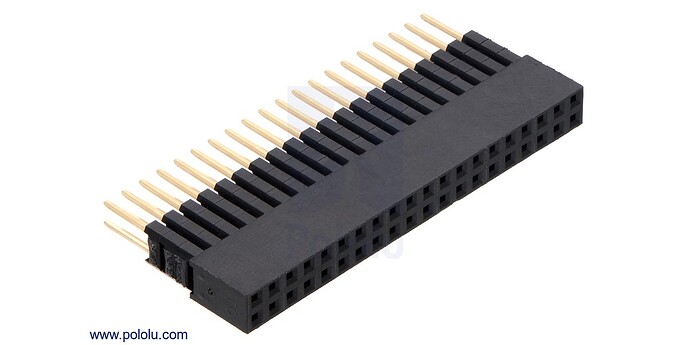 This extra-tall stackable 40-pin female header features two rows of 20 pins spaced with a 0.1″ (2.54 mm) pitch. It includes three 0.1″-thick spacers for additional clearance, and the extended pins allow multiple units to be stacked as...

Background
I’m making training robots for BEST Robotics Inc, using the Vex Cortex controller.
for Simulink programming training classes in Summer of 2019.
There are a bunch of 3-wire servo cables to move, if I need to swap out the controller.
I’d like to plug all the robot wires into headers to keep them organized, then plug the headers into the Vex sockets.
I’ve tried hot-gluing the wires together, but I can’t get them reliably square
Suggestions appreciated.

That sounds like a neat organizing trick! The pin length on our 3x8 female headers is 3mm, which is not long enough for them to plug into one another securely (they’re just intended for soldering to PCB through-holes), and we don’t have any versions in relevant sizes with longer pins. Have you tried wrapping the servo cable connectors in something like electrical tape to keep them together in a single block (you can first plug them into something that will hold them together and in the proper orientation before taping)?