Does anyone know where I can get more of the extension headers used in the 3pi robot expansion kit? I couldn’t figure out a part number at like Digikey or Mouser for it. Seems like a common enough looking header. Picture attached. 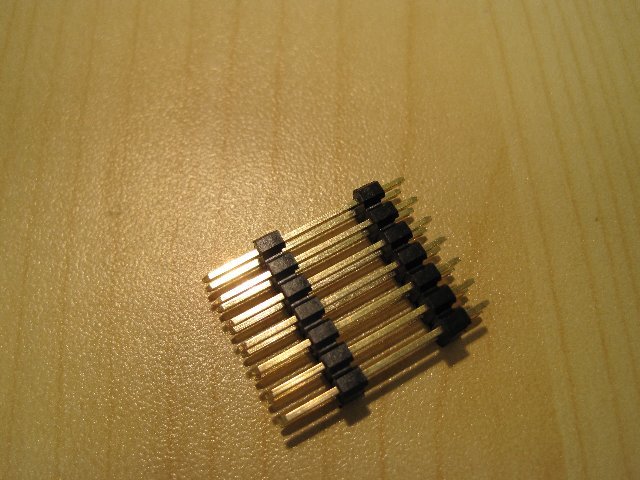 I do not know of a stock source; we have them custom-made. How many are you looking for, and for what application?

I made my own top board for the 3pi to convert it into a Micromouse. I was looking for 4 of them, so I could put two mice together, one for me and one for my friend. It takes two per, to extend the LCD connector, and the other 14-pin expansion header up to the top.

You should just sell them through you standard catalog, since you have them, and they are a necessity for anyone wanting to do a board, that doesn’t buy your top-board kit that has one included.

Did you see that we have this expansion kit without PCB?

No. I hadn’t seen that. Still seems like alot of stuff to buy to just get the connectors, but I guess if that’s the only option…I will take it. I am trying to finish up my mouse to take it to Robogames in 2 weeks.

For anyone else interested in this discussion, I just processed Ted’s order as a special replacement part so he could get just the 7x2 headers. We’re not putting them up as standalone parts on the web site since we don’t expect much interest in just that part (I think this is the first time I’ve heard such a request), but if there is more demand for just that part, we can put it up.

I would buy them.

In fact, last week I did the exact same thing Ted is doing – I bought a 3pi and cut my own top board to add sensors for the very same micromouse competition at Robogames – and I thought I might actually have a chance at doing o.k. in the competition before Ted entered!

I had bought the expansion pack without the cutout and decided I wanted to keep the LCD on the mouse so I just cut a new top board myself since I could also customize it a bit further. So now I have the top board left over without any headers.

I have other ideas for expanding the 3pi and would probably cut my own top boards in the future so the headers would be really nice to have.
Z

It sounds like the expansion kit without PCB should cover your case, too, but we’ll make the male header available by itself.

We have the connector available by itself now:

We have also made the two-pin extended header available as well:

Thanks for making this a separate part to buy! I got my headers, and now my 3pi Micromouse is complete! I finally have it together and driving around. Solving the maze is a whole-nuther-item…next to do.

z6am = Great minds think alike! The 3pi is the perfect size for a Micromouse, just missing the sensors to do it. Looking forward to seeing your mouse this weekend. 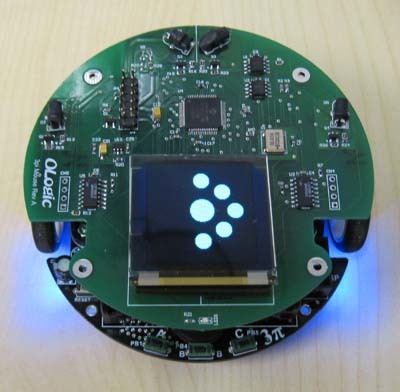 Ooh, that looks nice. I hope you keep us posted and put up some videos at some point. Do you have an encoder solution, or are you going try without one?

Yes. I have an encoder solution. It is a thin little 0.031" board that mounts between the wheel and the motor using the unused 1.6mm holes to hold it. I will take a picture later on when I have it apart again for something.

Jan: the only items I’m using out of the expansion pack are the extension headers and sockets so thanks for making the extensions available separately.

Ted: Damn.
O.k. maybe I never really had a chance in the competition since this is my first autonomous bot, but I’ll see you tomorrow (later today!) to get some pointers.
If you’re bringing that mouse to this week’s HBRC meeting, let me show mine first – hand cut perf board and and bolted on Sharp sensors can’t really follow your act!