Hello.
I got the 3pi. I put the power to set the first cell, LCD they can not read partially absent in the characters that appear. I tried to adjust contrast, density is not an issue.
How to cure available? 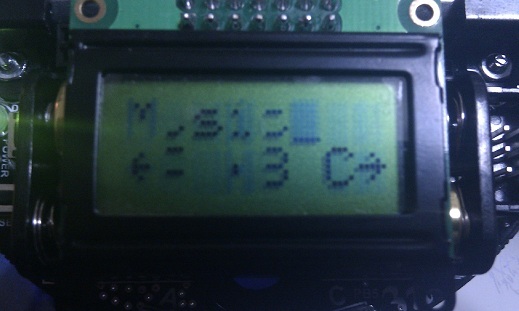 It looks like your LCD might have been damaged. Is there any chance you plugged it in incorrectly after you put in the batteries?

No, this state put the plug in the battery for the first time. Show only the first line appears to be normal. But the characters are distorted in the second row and first row and second row is displayed.
What are LCD or baseboard is faulty?

Since the LCD is basically displaying the right characters, just with pieces missing, I think the problem is likely with the LCD. Please contact us directly about this problem and we can see about getting you a replacement LCD.

All right. Try to email Customer Service. Thank you for your support.

My display has the same problem. Thought the batteries might be weak, so I tried a brand new set that checked out at over 5 volts on my DMM. Did not help.
Maybe you got a bad batch of LCDs.

I’m sorry you’re having problems with your LCD, too. Was your LCD acting like this from the start? We test all the 3pis before we ship them, so it would be good to know what might have triggered the behavior between when it shipped and now.

Hello.
I received the replacement LCD from the support.
Was replaced with the included LCD and confirmed that you are operating normally.
LCD seemed to have failed.
Thank you for your support.

Another is a question, Optional I was wearing a powerLED, PD1, PD7 or even connected to the LCD will operate at the same time?

PD1 PD7, so I’m troubled by that suggested to remove.
Please advice. . 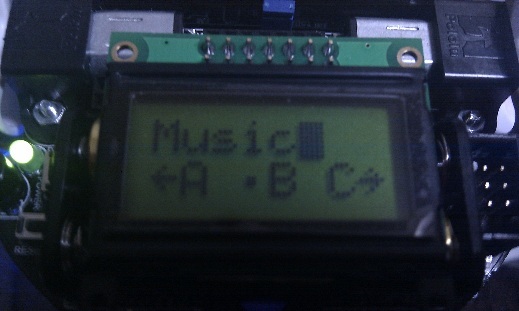 I’m happy to hear your problem is resolved, and I’m sorry for any inconvenience this has caused you. Thanks for letting us know that the new LCD is working.

You can install the optional power and PD1 LEDs, but I recommend you do not connect the optional PD7 LED. We have just recently discovered that the new LCDs we’ve started using on the 3pi cannot drive their outputs as strongly as the LCD we originally used, and the presence of the optional through-hole LED on PD7 can potentially interfere with their operation as a result (at least in the way the Pololu AVR Library uses them). We have now changed all our 3pis to use larger current-limiting resistors on the PD7 LEDs to address this problem, but your unit still has the smaller current-limiting resistors and could experience problems if the PD7 through-hole LED is installed. If you really want to have a through-hole LED for PD7, there are some potential workarounds, though, so please let me know.