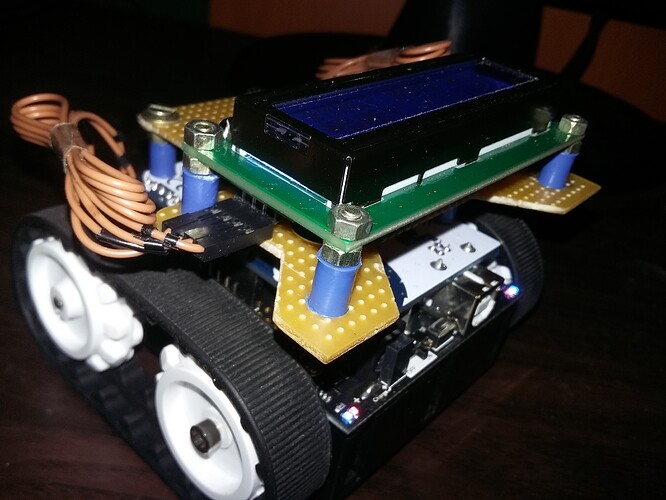 Dany bot is an multipurpose robot, here i used pololu’s Zumo Robot for Arduino, v1.2 (Assembled with 75:1 HP Motors). It has the following specifications.

The Zumo robot for Arduino is an Arduino-controllable tracked robot platform that is less than 10 cm × 10 cm.
75:1 HP micro metal gear motors, which drives the robot approximately 2 feet per seconds (60 cm/s).
Six infrared reflectance sensor array mounted along the front edge of the chassis.
Integrated LSM303D 3-axis accelerometer and 3-axis magnetometer that can be used to detect impacts.
Integrated L3GD20H 3-axis gyroscope that can be used to track rotation.
7.5 V boost regulator for powering the Arduino from the Zumo’s 4 AA batteries
It also has an optional buzzer to play the sweet musics.

I made this shield from an soldering board because it is much easy to cut and cheap. this board is attached the Arduino board with the help of some bolts and spacers.
Above the shield, I attached the 16X2 LCD Display, Here i used an port expander PCF 8574 to drive the LCD. It uses the I2C(Inter Integrated Circuits) serial communications. only two pins (SDA and SCL) form the Arduino is required to drive the display.

Also I attached the HC-05 bluetooth module to control and monitor the robot wirelessly. It uses the TXD and RXD pin in Arduino to for the communication.

It can be programmed as line follower, maze solver, Self balancing, wireless control, autonomous control etc.

Soon I will upload the Video. 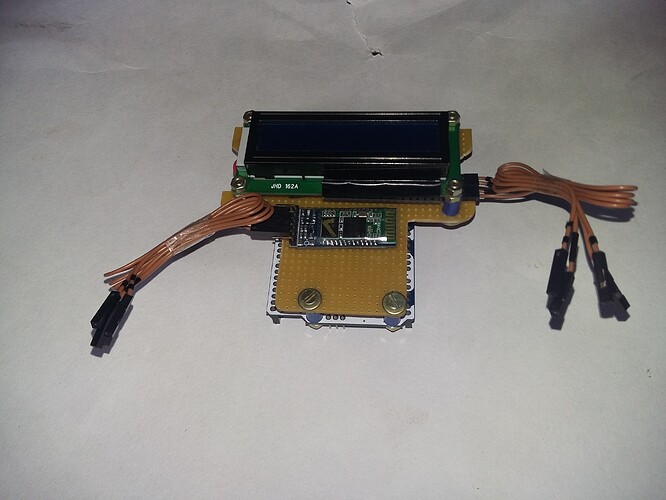 Thanks for sharing your robot. Those look like useful expansions. I’m looking forward to seeing the video of it.

yep.! soon i ill post the video. Thank you.

I am working on programming the dany bot to balance itself. for the i have to remove the front shield and the sensor array from the zumo chassis. so that i can balance the robot in front. 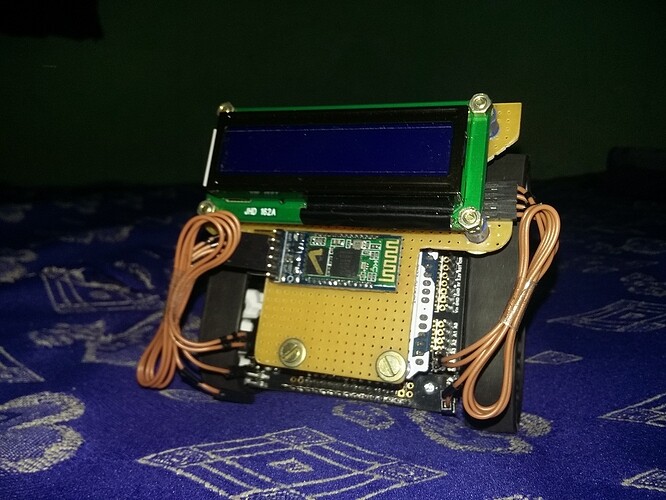 since i have attached the display, so the center of gravity to 23.8 degree. It was calculated with the help of integrated gyro on the zumo shield. 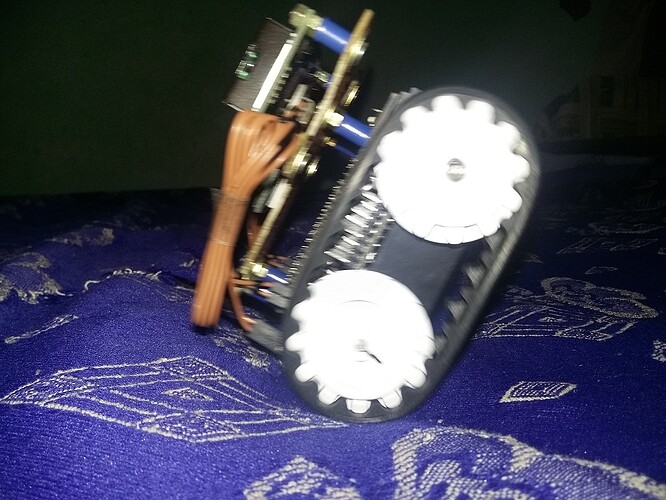 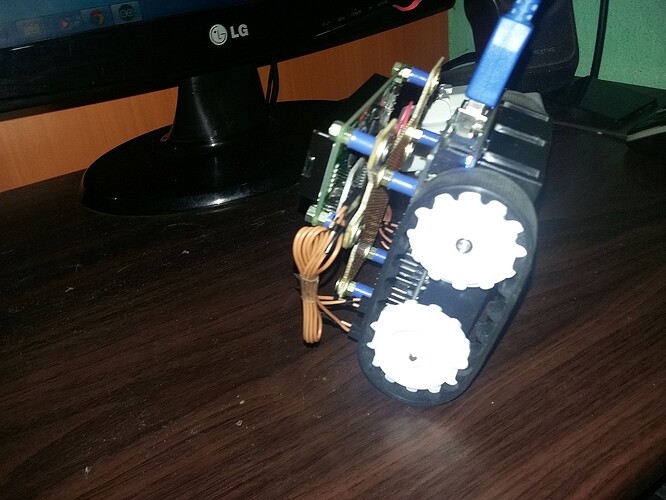 I used the PID algorithm for the better feedback and control, still it requires tuning of the PID and other constants. it has high oscillation and error, testing is going on to improve the stability

Soon i will upload the video with better control and high stable.

That looks fun; thanks for sharing and providing the link to your site, too! 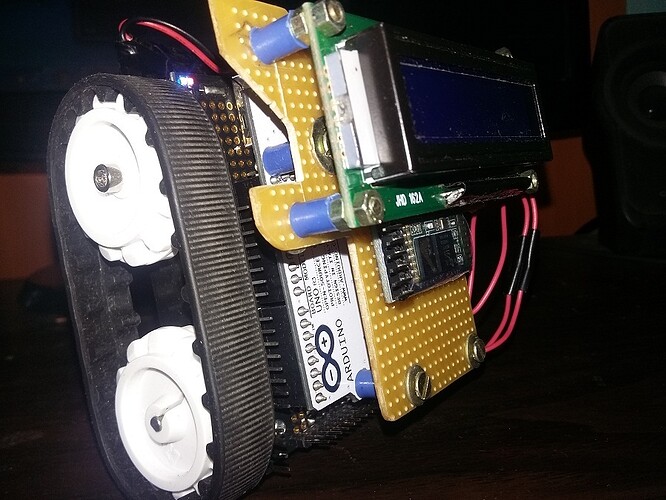 here is the video:

We noticed that you have been creating new threads to continue posting about your robot and its progress. I merged your posts about DANY BOT into your original thread to keep things more organized. If you want to continue providing updates about your robot, please keep posting in this thread.

Whoa… Such a great job! As I see, I have a lot to learn. I’m still completly beginner.

This is amazing!! Will you be posting your code for your projects? I’d like to try and adopt them for use with the stock Zumo.

Here is the link the link for the Arduino!

Hope it will helps you, looking forward for your stock Zumo!