If anyone has had experience of this and knows a solution please let me know. When my crawler repeatedly turns 180 degrees then the rubber tracks come off the drive wheels which is a show stopper.

Are the wheels on each side of your Rover 5 separated by their maximum distance? If not, have you tried adjusting the angle of the gearbox assemblies on the chassis? That can be done by unscrewing the metal brackets inside the chassis, removing the gearboxes, and reinserting them at a different angle. We have not observed any problems with the Rover 5 losing its tracks unless the gearboxes are at too low of an angle (so that the wheels on each side are too close together and cannot maintain tension in the tracks).

What kind of surface are you driving on, and how much load do you have on the chassis?

The problem is how the chassis is shipped.
The treads/wheels at their maximum extension warps the whole chassis.
I gave up and put Wild Thumper Wheels on mine.

I did try and take the “warp” out, but with tracks/treads both wheels need to be absolutely parallel.
This is how I pimped mine out. 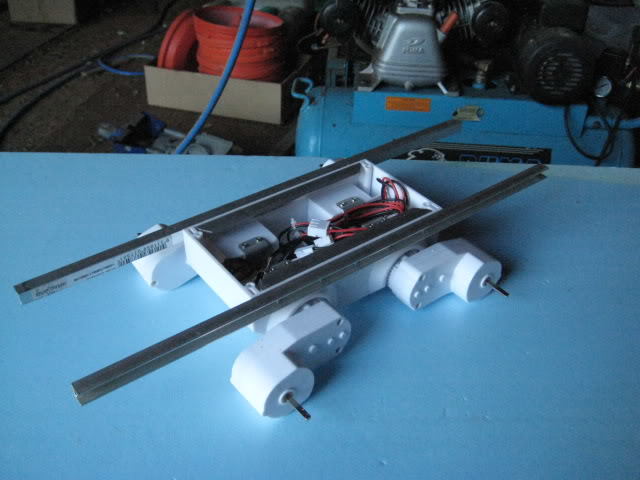 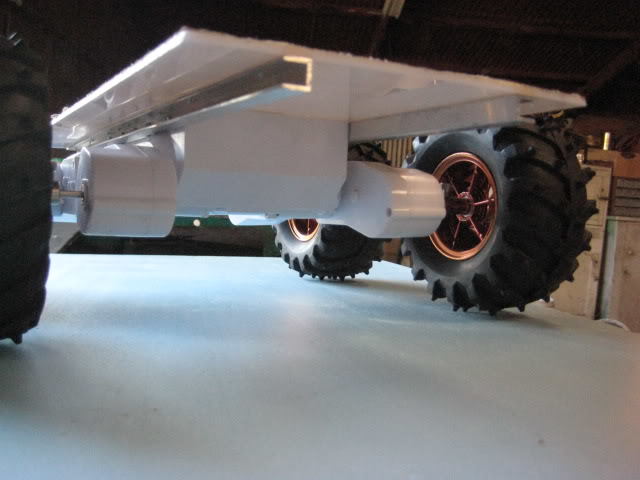 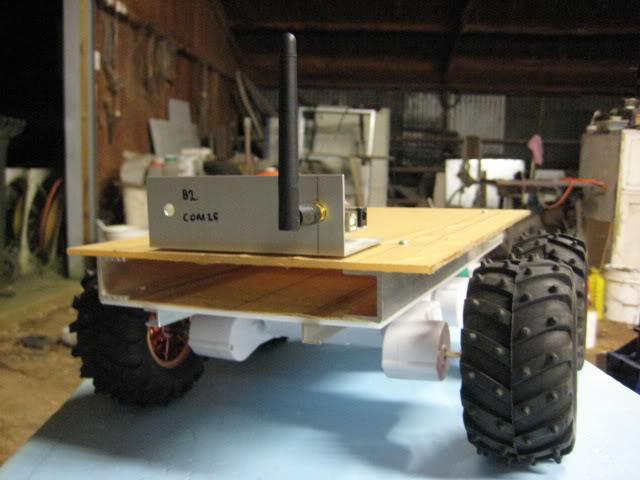 You get way more ground clearance with the Wild Thumper Wheels as well!

That looks like an impressive rover; thanks for sharing it! It seems to work well enough with the Wild Thumper wheels, although you had to replace the axles on the Rover 5, right?

We have noticed that the tracks on the Rover 5 tend to cause the gearbox assemblies to bow outward a little (you can see it in some of our product pictures), but that generally hasn’t affected the performance of the chassis for us. As Ben said in the other thread you posted in, though, earlier this year we asked Dagu to start shipping us Rover 5 chassis with the tracks off to avoid having it under tension in the box.

The axles are very soft, made worse by the way they are milled in half.

When you put wild thumper wheels on, you need to cut 10mm of each axle, if you leave the excess on they will bend.

This chassis needs a V2 upgrade!

I’m really happy with the performance I get with 120mm wheels, it’s faster, has higher ground clearance.

I’ve just installed two of your dual VNH5019 motor driver shields and LiPo batteries.
There was way too much interaction between motors when driving two from a single VNH5019.

One thing I tried is to put a strut or rubber band between opposing gear boxes to pull them in.
The rubber band was “iffy”, a strut works better.

The other thing to try is disable the front pair of motors.
You can do this by taking out the screws, then remove the gear BEFORE the one “attached” to the axle, then reassemble.

Half the reason the treads pop off with the 4 motor version is there is no way to control both motors exactly, it’s an open loop system.

'Dozers, excavators, skid steer loaders with treads don’t power both ends of the track.
I’ve spoken to a few mechanics who work on earth moving equipment and they all agree that powering both ends of a track will be a hassle.

The stub on the gearbox where the wires exit locates in a hole in the chassis. This hole and the end of the gearbox mount are not properly aligned. This causes the gearbox to mount at an angle.

Solved this by enlarging the hole toward the center of the vehicle with a small half round file. This allows the gearbox to align properly. I printed a new fitting to force the stub into the required location.

The gearboxes also seem misaligned in the vertical plane. This was fixed by elongating the stub hole slightly upwards. Your mileage may vary.

You might be ok by putting washers under the metal gearbox retainer at the inside screw, forcing it to push the gearbox stub forward.