Again a question about the 4 Channel Logic Level shifter (#2595):

So I’m using two of those logic level shifters for the 6 3.3-5V channels, which is a waste of 2 channels. As I’m running out of space, I would like to cut down the third levle shifter to just one channel.

After studying the traces on both sides of the PCB, it looks to that its possible to:

It is not possible to cut off two channels, because of one trace going all arround the PCB. 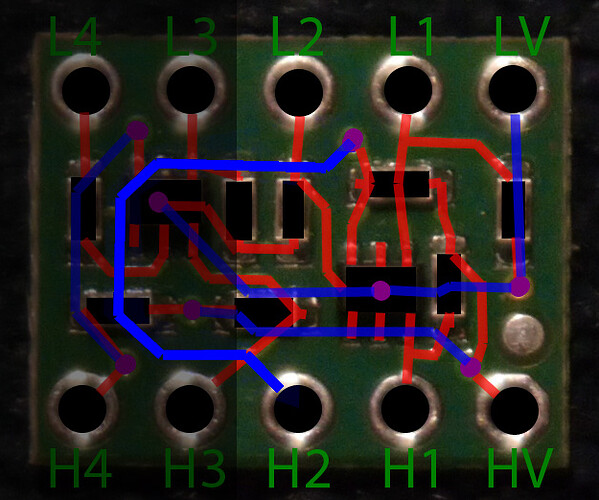 Are those findings correct?

I think it would be nice to have different versions of this very usefull little tool. So, what about 1-, 2-, 6- and 8-channel level shifters? (Or a version that is designed to be cut to taste?)

Cutting the board in the locations you specified would have the results you mentioned.

Thank you for your suggestion about different versions of the board; we will add it to our to-do list.