I originally controlled it using an Arduino. As time passed I switched over to a microprocessor. 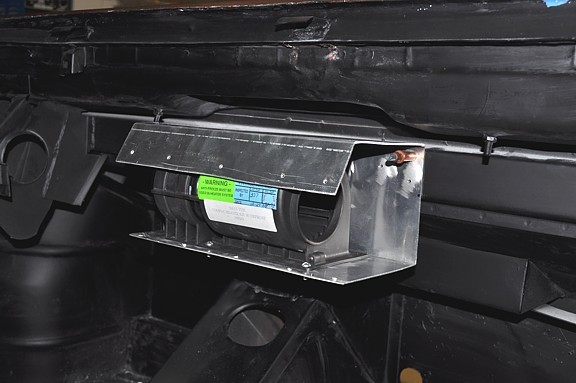 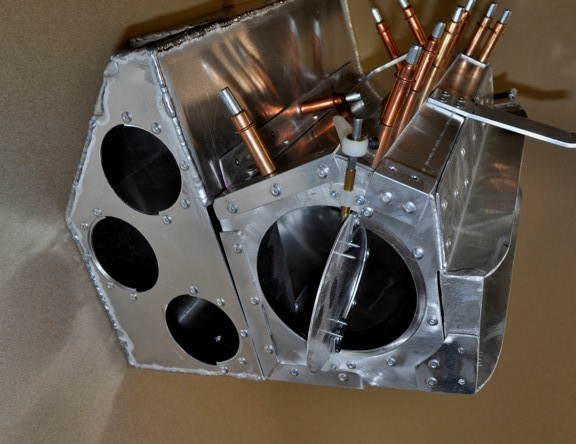 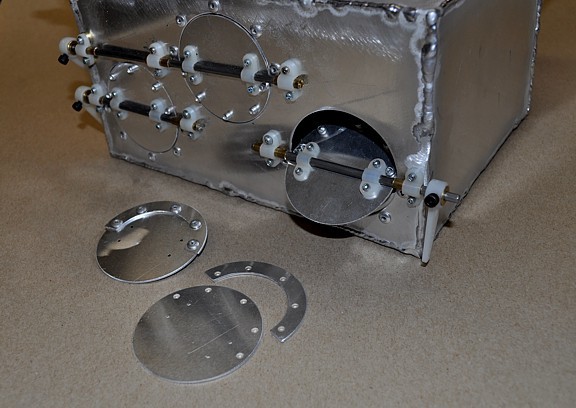 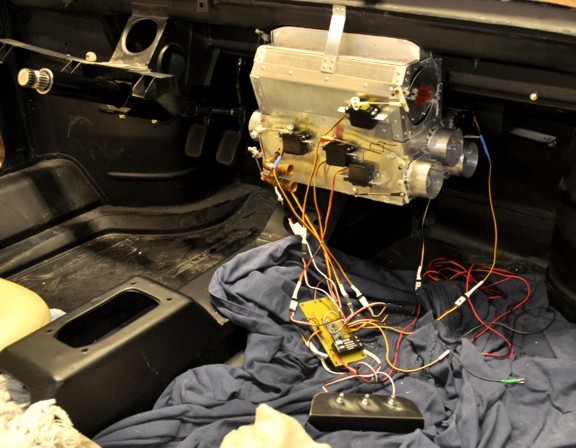 I originally controlled the servos using a Scott Edwards controller but I did not have the ability to turn off the servos. With the Pololu Micro SSC I can shut the servo’s off after they are moved. The servos need to turn off when done. Not only do they not need to be on so to speak but as servos become a little less then perfect they begin to hunt and hum. So I make them move then turn them off.

A unique thing about the heater box is how it mixes the air. First the air source fresh or recirculated, starts out recirculated from inside the car. As you turn the control, the recirc remains open but then the fresh begins to open. Half way through both are full open. In the last half of the turn the recirc closes until you have all fresh air.

The Vent and floor is mixed the same.

The defrog/defrost is completely controllable which is has always been a pet peeve.

I also had an issue where when you turn the servos on they first move. I should have designed the linkage where full open the servo arm is in line with the linkage. If I had done this a little extra movement would not harm anything. Instead, if the door is closed and the servo turns on and pushed against the door for an instant it is not good.

So I added a Mosfet to turn off power to the servos for about a second to let the circuit come up and send the servo a position. In doing so I got rid of the majority of the initial hunt when you power up the servo.

Then I made an aluminum box to mount the circuit in the car: 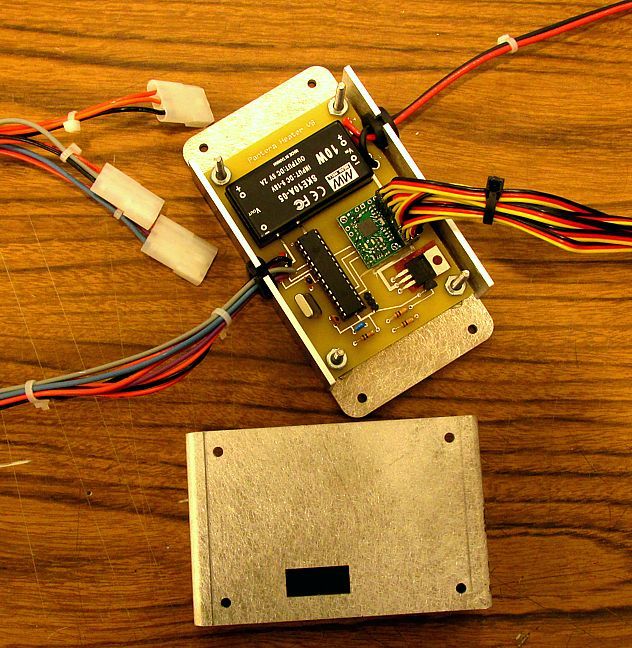 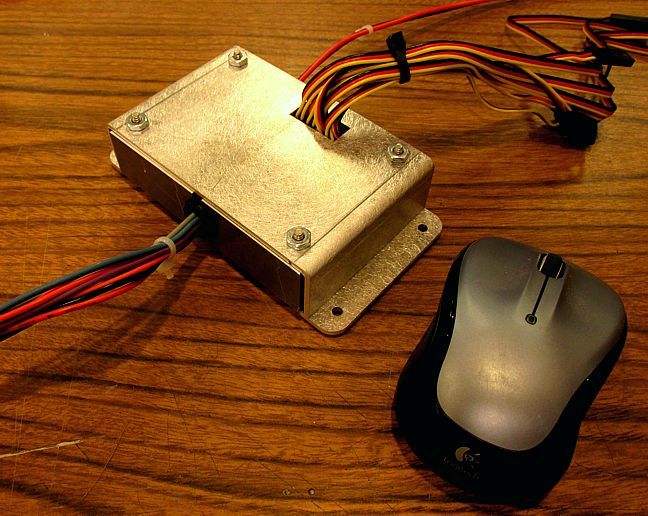 Awesome project; thanks for sharing!

By the way, for future projects, you might consider using one of our newer Maestro servo controllers, which are better than the serial servo controller in almost every way.

i did look at those but it as a case where simpler was better.