Controller for a construction drone arm

Hello,
I am designing a construction drone for the construction industry. The claw for the drone has already been designed and works with servos on a manual tester. I would like to have the claw operate like a robot claw sensing pressure on the item it is closing around. I posted this on the arduino site and they directed me to the polou robotics pages controller. I watched the videos and this intrigues me how it works. So my question to this forum would be. 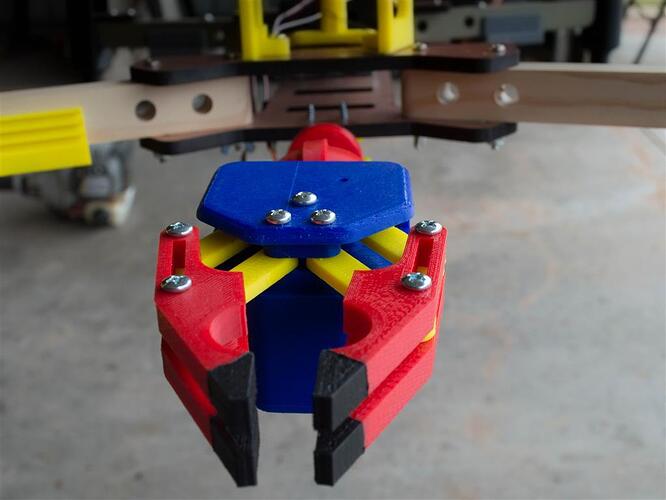 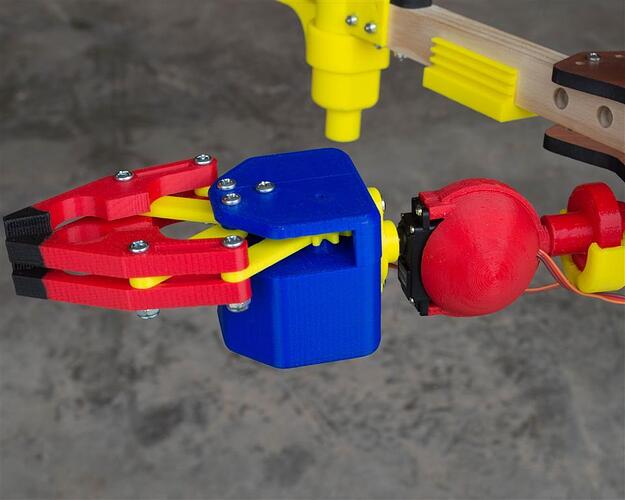 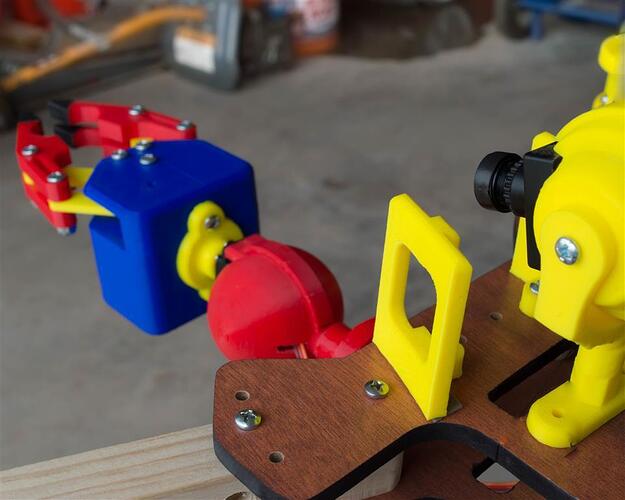 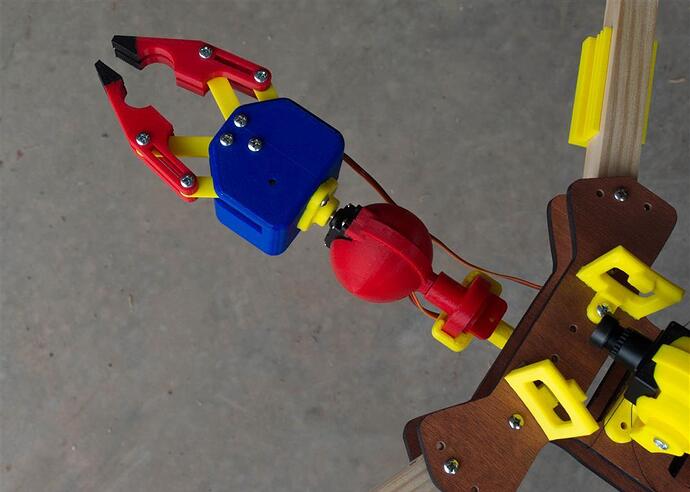 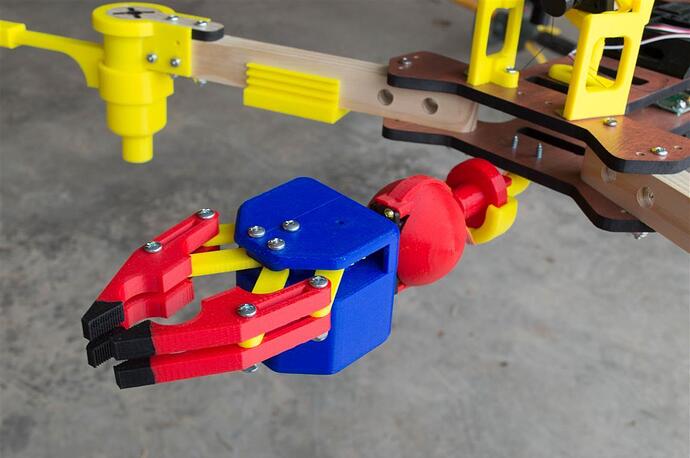 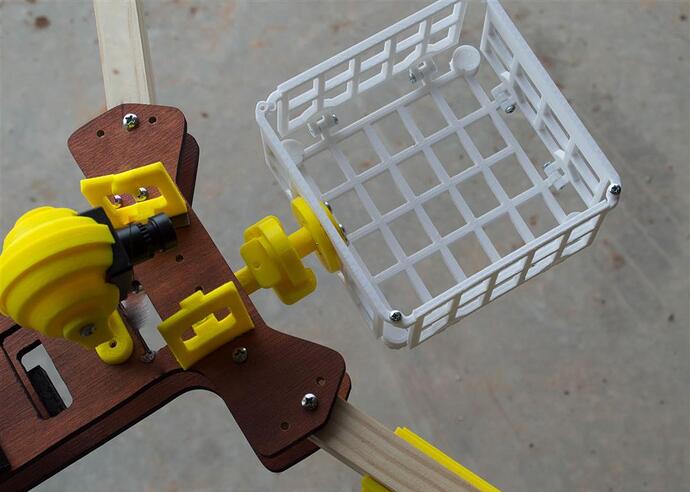 Hi thanks for answering.
Just two servos. One to pivot and one to close on the object. The pressure plates would be figured out in the ends of the claws. Here would be a scenario. An object was dropped from a building and needed to be retrieved. Instead of climbing down stairs or taking an elevator or the object is in a hazardous place. The person takes his claw drone and descends down to pick it up. The object is light enough to be picked up with the claw and tall enough the claw can grab it. This is not a perfect everyday use of course but it is test. He will use the ball camera to zero in on it.
For testing without using the actual drone I would like to have a small control board I can print a case for. I am guessing the potentiometer s are knobs? That would make sense I guess. So to answer the question. Two servos, two pressure plates, and a small case for the control board. I will also use it for you tube videos to show it working. Thanks Grant. Can you help me put together a shopping list of things I would need.

Yes, rotary potentiometers can be used like a knob. You still did not say what the sensor output would be or exactly how the servos should respond to it., so I still cannot say if the Maestro is appropriate. I also cannot suggest specific parts based on what I know of your system, but if you put together your own list and have questions about our products, I would be happy to answer them.