I must be doing something wrong because my motor (FIT0278) isn’t working at all despite playing with the connections a bunch. The error shouldn’t be on the programming side since I’m just using the example basic stepping sketch from the AMIS library.

Here are the current connections:

And of course connections from positive and negative terminals of battery to VMOT and GND.

For reference, I’m powering it off of two 18650 high discharge 3.7V batteries in series for 7.4V. The Arduino nano is connected to 5V via USB.

I also have two stepper motors, two motor drivers, and two arduino nanos that I’ve tested in different combinations, so I’m pretty sure it’s the wiring and not any particular component.

The “Arduino D4 to AMIS CLK” connection is incorrect; you should connect the CLK pin on your AMIS-30543 carrier to your Arduino’s serial clock, SCK, which is pin D13 on the Arduino Nano.

If you continue having trouble after fixing that, can you post some pictures of your setup?

Thanks so much for helping me out. I’m still having some trouble. I’ve attached some pictures. I’m wondering if maybe it was my soldering job. 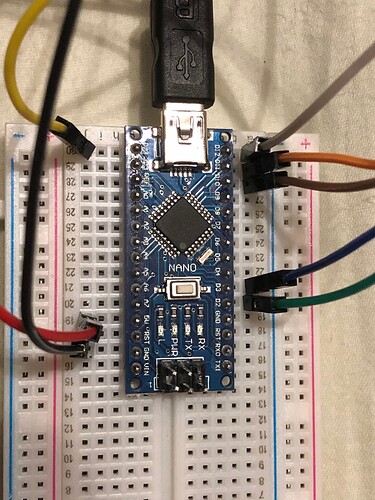 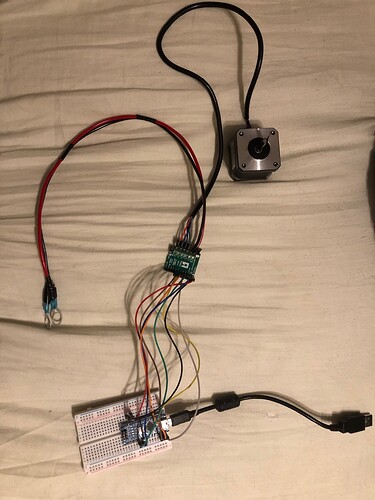 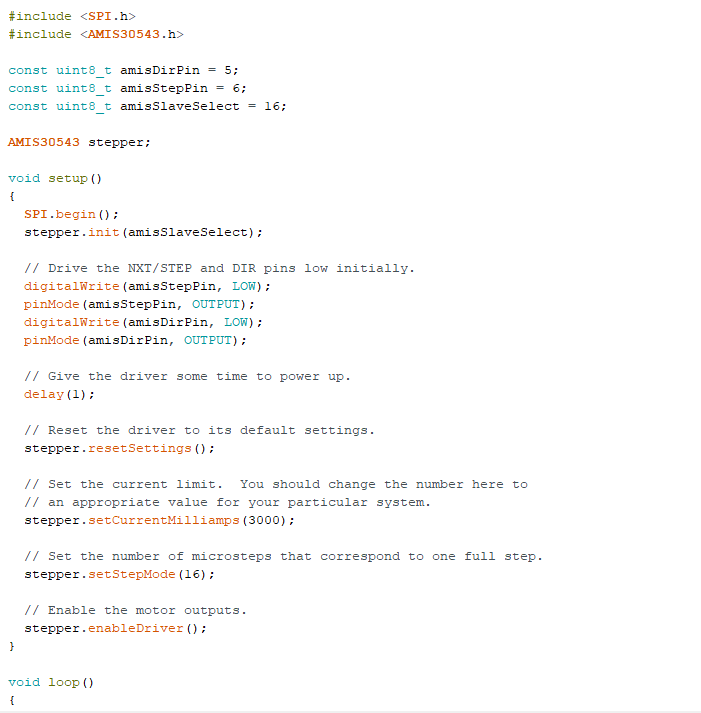 Sorry, in my first post I missed a second error with your wiring. The AMIS CS pin should be connected to pin D4, not D10, as described in our library’s readme.

I cannot see the soldering on your stepper motor driver from the pictures you posted. Can you post a picture of the other side of your driver?

Also, it looks like you modified the BasicStepping.ino example from our library. Can you try testing our example without any modifications except for setting the current limit appropriately in line 46?

It works! Seriously, thank you so much, Patrick. I struggled for way longer than I’d like to admit on trying to get this to work.