Can't get Serial1 to receive on my 5V 16MHz A-Star

I tested your program on an A-Star here, and it worked. Can you post some pictures of your board showing everything you have connected to it, including what you are using to probe the jumper? Also, can you check that you are setting the baud rate in the Arduino Serial Monitor correctly?

Patrick, thanks for taking the time to verify my simple serial feed through sketch. I’m embarassed to say you forced me to examine my A-Star a bit more closely and I found an unsoldered pin, RX (duh!).

I’m replacing an Arduino Mega with the A-Star. The Mega sketch uses Serial1 to capture data from an RPLIDAR. In this case the Mega is an external board that does on-board processing on the dat to make a smart interface for the RPLIDAR, which insulates a user from having to deal with large amounts of data.
I wanted the A-Star to move this onto the RPLIDAR, as an interfaces board. I’ve enclosed a PIX. After soldering said pin, while the sketch can send commands fine to the RPLIDAR, it remained unable to deal with the data being sent. I assumed the 3.3V serial wasn’t an issue for the A-Star’s TTL inputs. Wrong assumption. After adding a level shifter, it works great. Thanks again. 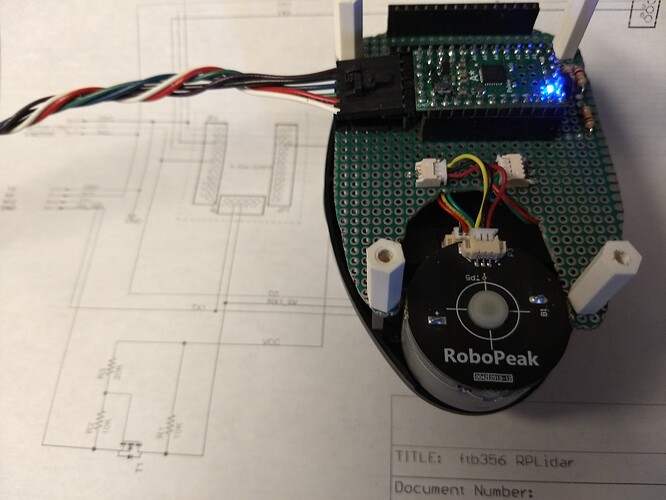