Anyone have experience with the following.
When I connect up the servo power to the controller the servo immediately goes to the max position. This is without a control signal (following in another thread I tested the power straight into the servo and this appears to be the default servo behaviour - or a faulty servo but behaviour is same on all these servos so far tested)

However using the control centre status sliders has no impact on the servo which remains in the max position.

This occurs on different channels and different servos ( though all HK15178)

Any thought on how I control these servos?

Thanks grant
Issue occurs whether servo connected one at a time or at the same time, irrespective of channel used.
When powering the servo directly from power supply I connected ubec 6v directly to the servo +ve to +ve, and -ve to -ve control line not connected.
See pic below 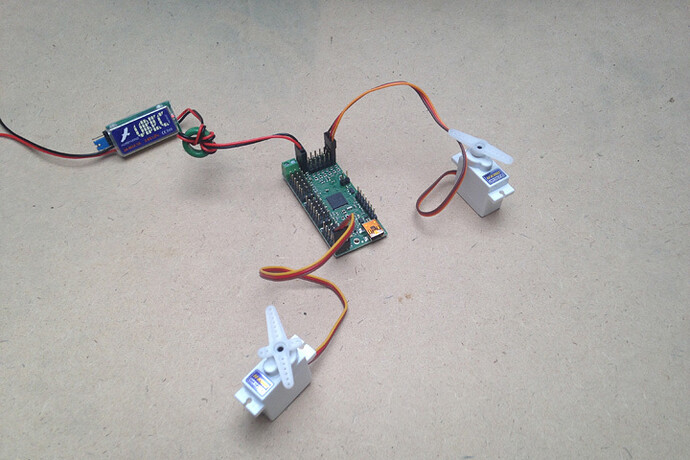 Thanks I have some SG90s on order, so I’ll update once received

Finally identified problem as a faulty power supply, going through a ubec so voltage was correct but amps was too little and causing some strange servo behaviours

I am glad you found what the issue was. Thanks for letting us know.