Can this be done ? - Assistance required

Before i begin, I’d like to say that I really really love your A-star 328p 5V.

Alright, so, there is this circuit that revolves around the IRF7317TRPBF power mosfet, in case this might help.
You probably may have come across a few. It’s all over the internet. 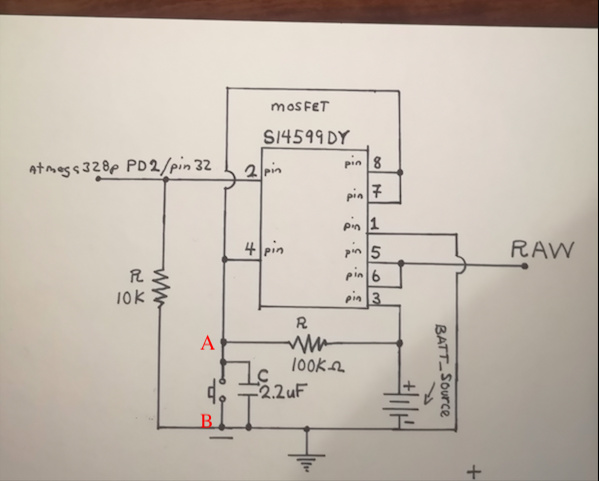 On the circuit, there is the tactile button between point A and B
that only serves as turning my project on when it is pressed and that works
perfectly. There is no issue with that.
The problem is that once my project is turned on, the button is useless, regardless of the state it is in, either pressed or not pressed wont affect the circuit.
Thus i was wondering if there are other ways i could wire just the button
to be useful for other tasks such as being able to read the state of it and use that to give the MCU other instructions.

I’m beginning to think that I just can’t have both and it’s impossible to have a simple circuit like this that mechanically performs two functions.

I’m not limited to just this, however, I know there are other alternatives but I was hoping that some of you might have a better approach to this or something similar ??

the base wiring of the button that allows me to turn on my project is this: 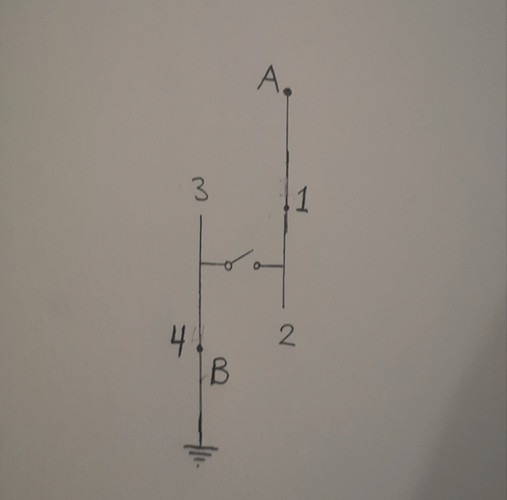 I would not use a power button for anything else.