I’m trying to decide on which 5V step-down voltage regulator to use in my project:

Obviously, there is a dramatic difference in cost so I want to go with the one that best suits my project. I want to use the voltage regulator to power three (3) A-Star boards and 30 randomly blinking LEDs (which are powered by transistors and not directly off the A-Star pins).

Given that the current draw is variable, how do I best measure my setup using the one D24V22F5 I have on hand? I have a decent digital multimeter but whenever I use the Hold feature it seems to be much higher than expected(spikes?).

What specific A-Star controller and LEDs do you want to use?

It is also not clear what you have tried to measure with your multimeter. Could you describe your current setup in more detail and post some pictures showing what you are connecting and how you are using your multimeter?

The 5V output needs to power:

I hooked up my digital multi-meter to the 10A non-fused input and this is what I see: 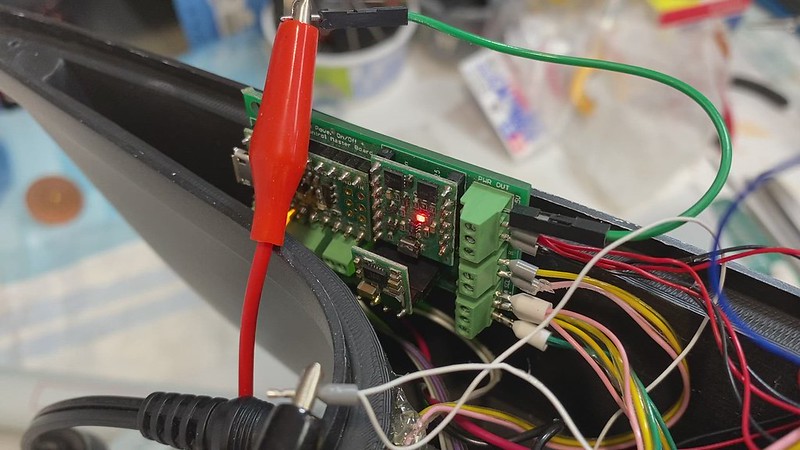 Seeing as it looked like it might be less than 200mA, I switched the multi-meter input to that one and this is what I see: 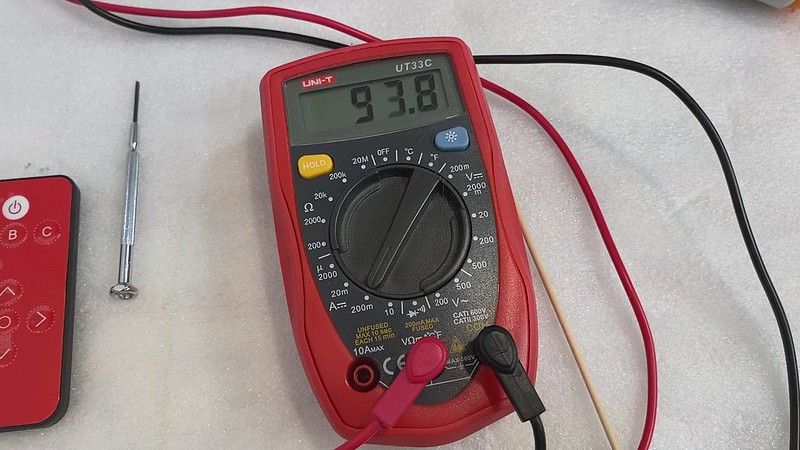 So, the question is how do I determine what the true max current draw is here so I can pick the appropriate voltage regulator?

It is probably not going to be possible to capture the true maximum current draw from your system with your multimeter since it likely cannot operate fast enough to capture the in-rush current when the system is powered on. However, we can probably still use the information you have to guide your selection towards a safe option.

If the approximately 100 mA measurement shown in your videos is for your whole system running as expected with everything that could be powered (like all of the LEDs) turned on, then any of the regulators you mentioned should be okay. Since it seems like your system is already working with the D24V5F5, I would probably just keep using that unless you are having problems. If you do run into power issues, then either one of the two more powerful regulators you mentioned (the D24V10F5 or the D24V22F5) would give you plenty of extra safety margin.

However, if the measurement shown is not for your whole system, then it would probably be better to try to measure or extrapolate that first.

Thanks Patrick. The measurement includes everything that uses 5V but not the LED strip lights or stepper motors that run off 12V. But those are powered by the 2A regulated wall supply so I’m not worried about that.

I left it running for hours with the 500mA voltage regulator and everything seemed fine - the regulator also didn’t seem to heat up so I think I’m good. The highest reading I observed was ~105mA.